The Latest Update On Ben Affleck And Jennifer Lopez’s Relationship 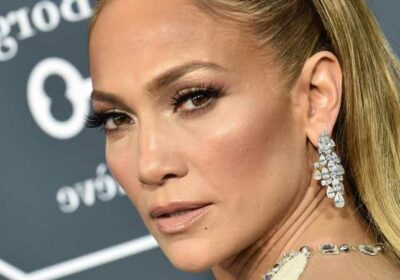 Jennifer Lopez was spotted with her ex-fiancé Ben Affleck on April 29, just two weeks after she and fiancé Alex Rodriguez announced their split, according to Page Six. Affleck was seen getting out of a white Cadillac Escalade that is believed to belong to Lopez after apparently spending time at her home in California. The report claims that Affleck has been seen going to Lopez’s mansion “multiple times” since she has returned home from filming her latest movie, “Shotgun Wedding,” in the Dominican Republic. The report specifically mentions that Affleck has only been seeing going to and from Lopez’s house “during the day.”

“Security picks him up at a nearby location and drops him off after spending a few hours at her house,” a source told Page Six. And while fans are simply freaking out about the possibility of Bennifer 2.0, a new report from TMZ has provided some new details about the exact status of JLo’s relationship with her ex-boyfriend. Keep reading to find out what’s really going on.

Are Ben Affleck and Jennifer Lopez hooking up?

TMZ has confirmed that Ben Affleck and Jennifer Lopez have indeed been hanging out together, but the outlet reports that the two are “strictly friends.” The site goes on to point out that Lopez is known for keeping in touch with her exes, and that her relationship with Affleck in 2021 isn’t exactly new. “They’ve been friends for a long time following their difficult breakup,” TMZ reports, adding that Lopez has also been spotted with Alex Rodriguez since they decided to end their engagement.

Interestingly, the status of JLo’s friendly relationship with Affleck was recently highlighted when he participated in a bit of a Q&A about his ex for her feature in InStyle magazine. Affleck had glowing things to say about JLo, including that “she remains, to this day, the hardest-working person I’ve come across in this business.” Of course, he wasn’t the only ex of Lopez’s to participate in the interview. Her ex-husband Marc Anthony also had very kind words to share about the mother of two of his children.

And so, while anything is possible, as TMZ reports, there hasn’t been anything romantic between Affleck and Lopez thus far. Could that change? Only time will tell.