Home » TV & Movies » 'The Jetsons': George O’Hanlon and Penny Singleton Were Not Originally Part of the Main Cast

'The Jetsons': George O’Hanlon and Penny Singleton Were Not Originally Part of the Main Cast 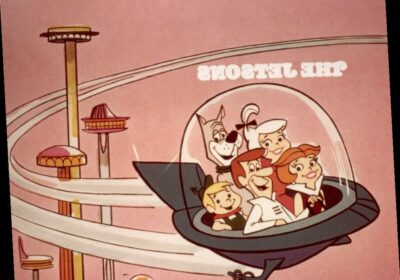 For those who grew up in the ’60s, the TV show, The Flintstones, threw us back to the Stone Age. The Jetsons, however, propelled us into the future. Reruns have shared the shows with generations ever since. The Jetsons is about a family living in Orbit City. The Jetson family included the father, George, his wife, Jane, their daughter, Judy, and their son, Elroy. Also living in the home are Astro, the dog, and Rosie, the robot maid. Created by cartoon icons William Hanna and Joseph Barbera, actor George O’Hanlon voiced George and Penny Singleton voiced Jane. However, they were not the ones originally cast for their roles.

The Premise of ‘The Jetsons’

While the show took place in the latter part of the 21st century, home life was similar to that of the 1960s. It only lasted one season, “but today ‘The Jetsons’ stands as the single most important piece of 20th-century futurism,” Matt Novak wrote for Smithsonian Magazine. In theory, he wrote, “it had everything our hearts could desire.”

Those things included flying cars, jetpacks, moving sidewalks, smartwatches, and smart homes, video conferencing, and robot maids. While these ideas didn’t necessarily come from Hannah-Barbera, the team was able to pack them all into each half-hour version of the show. “It was based on real expectations for the future,” Novak wrote. The Jetsons came back to life on television in the mid-’80s for an additional 51 episodes. Jetsons: The Movie followed in 1990.

The original actors cast as George and Jane

Originally Morey Amsterdam was cast as George, and Pat Carroll as Jane. But they were released from their contracts at the onset, according to Mental Floss. “I don’t know if we weren’t any good or what. Nobody ever told us,” Carroll had claimed in an interview. She threatened to sue, calling it a breach of contract that was highly inappropriate. She and Amsterdam did eventually file a suit, asking for $12,000 each which was the amount of their first-year contract for the show. Each was to be paid $500 per episode for a total of 24 episodes.

“I knew full well we wouldn’t win, but I wanted my voice to be heard that this was wrong,” Carroll said. But it wasn’t that Amsterdam and Carroll weren’t any good. It was explained at the time that because each was already a regular on other shows, which caused conflicts for sponsors. Amsterdam was a cast member of the wildly popular The Dick Van Dyke Show, playing Buddy Sorrell. Carroll was portraying Bunny Halper on The Danny Thomas Show.

Recasting with O’Hanlon and Singleton

Born in 1912, O’Hanlon was best known as Joe McDoakes in film shorts of the 1940s until he landed the role as George Jetson, according to IMDb. O’Hanlon was not only an actor but a writer. His writing included episodes and stories for The Flintstones, Petticoat Junction, and 77 Sunset Strip. O’Hanlon not only voiced George in the TV series but also, in part, Jetsons: The Movie. While recording for the film, O’Hanlon suffered his second stroke and died. The movie was dedicated to him and co-star, Mel Blanc, who voiced George’s boss, Mr. Spacely. Actor Jeff Bergman took over and finished the film for both characters.

Born Penny McNulty, Singleton was the daughter of Benny McNulty a Philadelphia newspaperman. She got her start vocally by singing in theaters during silent movies as a child, according to IMDb. After elementary school, she joined a touring vaudeville act. She later performed with Milton Berle and landed her first speaking part in a Jack Benny production on Broadway.

She moved to Hollywood and starting using the last name of her second husband, Singleton. She started getting film parts in the ’30s including in Swing Your Lady with Humphrey Bogart. She nabbed the part of Blondie, portraying the comic strip character, providing her with the starring role in a total of 28 movies from 1938-1950. A dozen years later, she got the part of Jane Jetson.

According to MeTV, The Jetsons was inspired by a variety of books about futurism. One, “1975: And the Changes to Come,” was of particular importance. The show The Jetsons was ahead of its time in many ways. It inspired not only the Baby Boomer generation but those that have followed through its reruns and subsequent shows.