Over the course of the past three seasons of The Handmaid’s Tale, Luke has become more determined to reunite with his family despite being in Canada and unable to do much to help. However with his wife June (played by Elisabeth Moss) fighting back against Gilead with the Resistance, it looks like Luke will fight harder in coming series. But while fans of the Hulu series are keen for the Bankole family to reunite, actor O.T. looks worlds away from Luke in his new role for Marvel’s Black Widow.

Details of his role in the Marvel film are currently being kept tightly under wraps.

However, his character has been credited under the name Mason and he can be seen in official snaps from the movie.

He can be seen in all black armour with a helmet covering his face to block anyone from identifying him.

Mason is pictured pulling back an arrow as he takes aim at an unknown enemy. 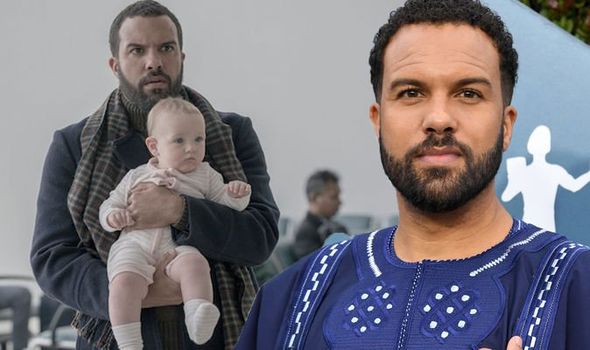 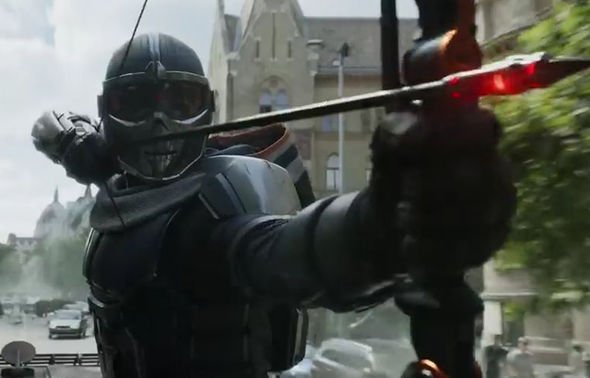 Fans on Twitter have speculated that after his role in Handmaid’s Tale, he will be taking on the role of the villain, Task Master.

If O.T. is in fact playing Mason, fans will know him as Natasha Romanoff’s S.H.I.E.L.D. colleague, who she was romantically involved wit.

The two can be seen looking romantically at one another so fans will no doubt be keen to find out more.

Meanwhile, O.T. has revealed the fourth season of The Handmaid’s Tale will be “revolutionary”. 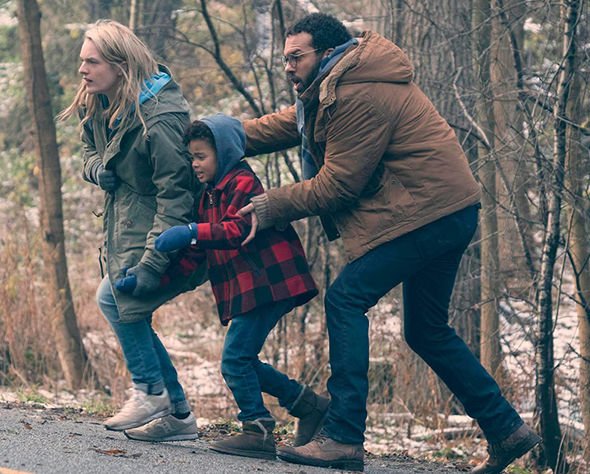 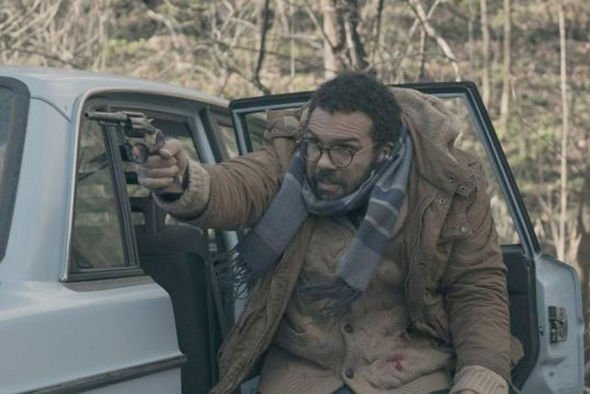 Speaking to Gold Derby earlier in the year, he remarked: “The season started and I had it broken down to me what’s going to happen and I’m like ‘Wow!’

“It’s really exciting. There’s some things where I am like ‘I don’t even know how you’re going to do that! That’s your plan? Oh yeah?’ It’s exciting.”

“We were both like ‘Let’s go at it and let the cameras be rolling,’” O.T. said of the moment.

“It’s often very subtle and often in the subtext. As we spoke through the scene together, there was a couple of things we were looking at.

“One of them was the physical dynamic of who sits down first?

“Is it a concession in the scene and he power dynamics of who sits first.

“It was a great confluence of director and writer and actors and also great editing, which really honed in on that moment.”

The Handmaid’s Tale season four was put on pause in March meaning it’s not likely to air until next year.

The Handmaid’s Tale seasons 1-3 are available to stream on Now TV and Amazon Prime Video.