Home » ‘The Handmaid’s Tale’ Review: Season 4 Is More of the Same, Until It Isn’t

‘The Handmaid’s Tale’ Review: Season 4 Is More of the Same, Until It Isn’t

By 2021, it feels cliché on the verge of parody to tell you, dear readers, that a prestige drama eventually gets good around Episode 6. So many shows, whether in their first or fourth season, need a bit of time to figure out their tone (a natural and acceptable development in television) or they purposefully extend arcs in order to stretch success into as much content as possible (a sin that would be unforgivable if the best of these shows stopped showing flashes of greatness). “The Handmaid’s Tale” falls into the latter group, having taken the TV world by storm in a prescient and paramount first season before lurching, dragging, and sporadically wowing through consecutive follow-ups that couldn’t match the potency of its initial run.

Some storytelling blunders are the result of adapting an acclaimed novel beyond its pages. Others feel guided by forces beyond creative intentions, like, say, a streaming service with an originals brand forever tied to one landmark series. Either way, viewing fatigue is real, and bloat shouldn’t be tolerated, especially for serious, saddening fare like “The Handmaid’s Tale” that’s already stretched itself rather thin.

And yet here I am, telling you to be patient, plow through the first five episodes, and revel in the bounty waiting on the other side. While Season 4 doesn’t transform the Hulu drama into essential TV again, for those who’ve stuck by it this long, you owe it to yourself to savor the payoffs waiting around the midway mark — as well as a handful of satisfying surprises.

That means persevering past the premiere’s initial trio of episodes. June Osborne (Elisabeth Moss) is knocking on death’s door, having successfully smuggled 80-odd children of Gilead to the safe harbor of Canada. With a wounds in need of the Rambo treatment, she and her fellow handmaids-in-flight seek refuge at a friendly farmhouse. Owned by an elderly confused Commander and run by his disturbingly young wife, June heals as quickly as she can (and with the bare minimum supplies) while her friends revel in their limited new freedom. 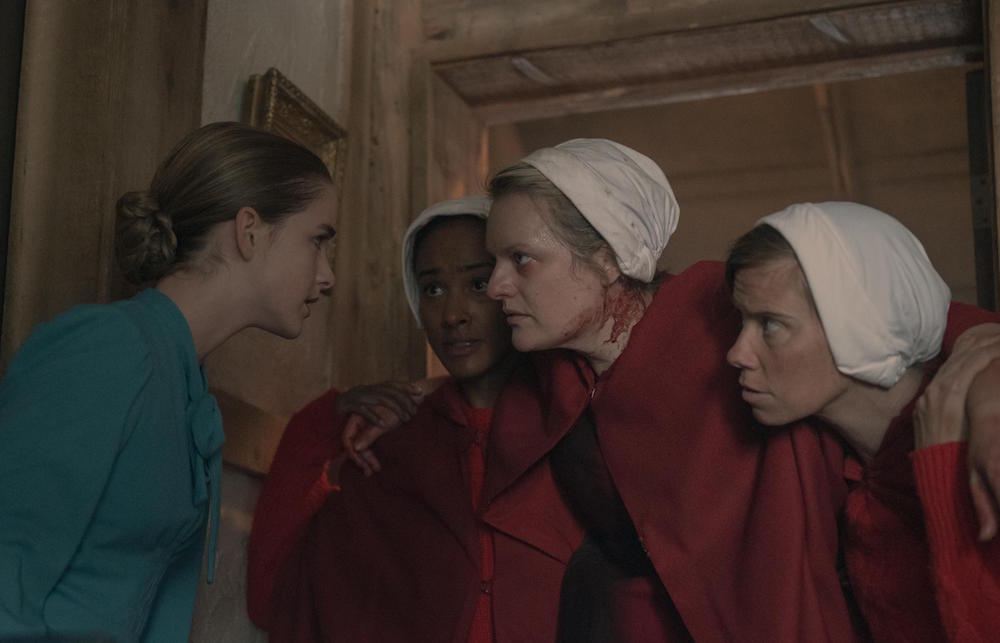 When June chides one of them for taking it easy, the happy handmaid says, “Maybe this is as free as we’re going to get. Maybe we should make the best of it.” June, never one to settle, doesn’t exactly abide, but the idea still sparks a newly relevant theme for Season 4: What do you do when the worst is behind you? When do you give yourself a break, if the work left to be done is neverending? And in what fashion, ferocious or forgiving, do you get back to the task at hand? The post-Trump allegory is almost too fitting for a show that accidentally addressed its onset. Gilead still exists. June may have escaped its ever-looming walls, but once you’ve seen the worst side of humanity, trusting that the best stands a fighting chance is a tall order.

And for June, there’s no going back. Not really. Season 3 established her identity as a fighter, a rebel, an active change-maker. Simply getting out isn’t good enough, and Season 4 sees her struggling to find the best way to keep fighting, without getting herself (or anyone else) killed. Similarly, trying to untangle the mess Trump made — of our judicial system, of our political system, of our basic faith in our fellow man — is a task not for one person, but for generations. It’s difficult to simply go back to normal after all that, just as it feels dangerous to feign normalcy as we near the end of a brutal, eye-opening pandemic.

Relevancy has never been a problem for “The Handmaid’s Tale.” Finding fresh insight into said relevancy, well, that’s another matter. Despite its obvious broad-stroke thematic ties to current events, Season 4 feels more plot-driven than ever. And that would be fine, if only Miller was willing to give up the series’ glacial place so it could become the tight, tense thriller buried under an avalanche of self-importance. The events of this season can be gripping. More often they’re repetitive or illogical. Episode 3, directed by Elisabeth Moss, is a classic “Handmaid’s” horror show built on steadily escalating misery, capped off with an ending that throws all common sense out the window to squeeze in one more massive bummer.

Moss’ eye isn’t the problem. The “Invisible Man” star creates haunting images that will stick with viewers and contorts confined spaces into distinct torture chambers. (How her directorial choices accentuate her performance, giving Moss and June a near-unilateral grip on the episodes, is stunning.) From the cinematography to the set design, “The Handmaid’s Tale” remains an utterly transportive TV show, where even if its unrelenting darkness stretches the limits of reason, the care and intention clear in every scene keeps you hooked into June’s reality. 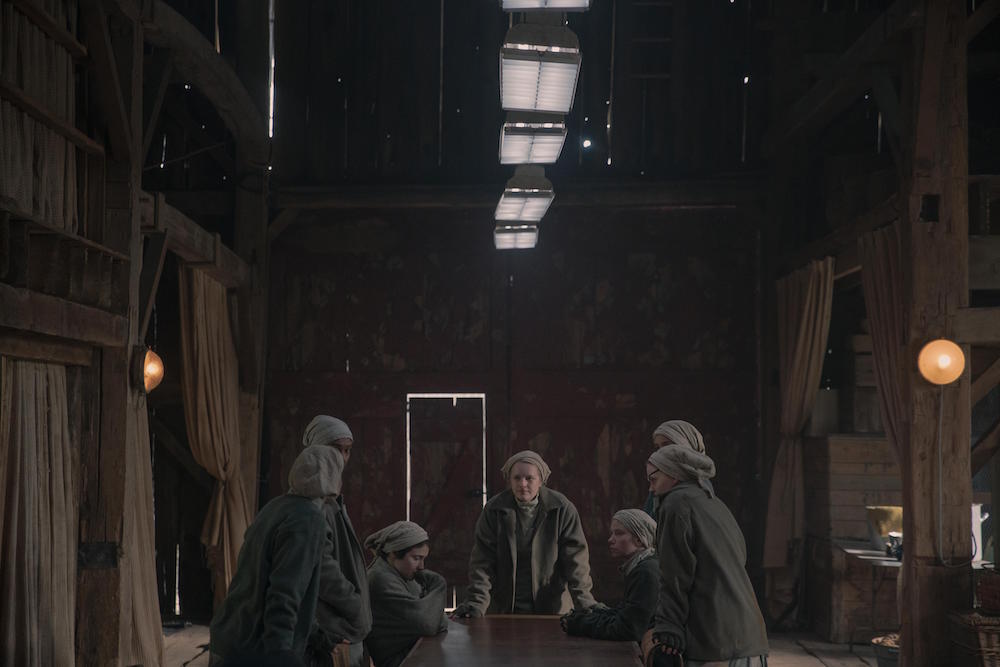 By the season’s midway mark, almost all hope seems lost. Too many arcs are overextended, too many baffling character choices have to be overlooked. And then, Episode 6. I don’t mean to build it up like you’re going to see the next “International Assassin” or “Part 8.” The first three episodes of Season 4’s back half are not outstanding, though No. 8 is pretty damn close. They’re just good — they do what needs to be done, they do it well, and they don’t waste any time (well, they don’t waste as much time). June’s evolution pushes the series beyond the traumatic horrors of past seasons and into unsettling antihero territory. Eventually, Season 4 delivers on delayed payoffs and does so with as much urgency and, dare I say, joyous gratification as one can expect from this show.

Could they have done it sooner? Absolutely. Should they have done it sooner? Yes! But it’s here now, and you know whether or not you need to see it. “The Handmaid’s Tale” may never be as necessary as it once was, but that doesn’t mean it’s doomed to irrelevance. Season 4 feels like it’s either setting up an endgame or preparing for four more years. Either could work, but what comes next… well, Season 5 is already ordered. Check back after the finale.

“The Handmaid’s Tale” Season 4 premieres its first three episodes on Wednesday, April 28. New episodes will be released weekly throughout the 10-episode season, with the finale scheduled for June 16.