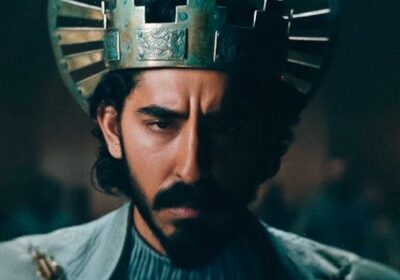 At long last, The Green Knight is coming to theaters. The fantasy epic from A24 and director David Lowery was supposed to embark on its quest via a world premiere at SXSW in 2020 before opening in theaters soon after, but the pandemic drove a sword straight into those plans. Those of us eager to see the film at any cost hoped A24 would release it digitally, but the indie distributor held fast and saved the film for theaters. Now, The Green Knight will gallop onto big screens in July, and there’s a new trailer to get us excited all over again.

I’m pretty sure The Green Knight is on everyone’s “must-see” list for the year, because how could it not be? Here, David Lowery takes the Arthurian story of Sir Gawain and the Green Knight and reworks it into a film that looks strange, scary, and unique. The movie is described as “a fresh and bold spin on a classic tale from the knights of the round table,” and “tells the story of Sir Gawain, King Arthur’s reckless and headstrong nephew, who embarks on a daring quest to confront the eponymous Green Knight, a gigantic emerald-skinned stranger and tester of men. Gawain contends with ghosts, giants, thieves, and schemers in what becomes a deeper journey to define his character and prove his worth in the eyes of his family and kingdom by facing the ultimate challenger.”

When asked about the film’s release date, he said: “No one knows. That’s the case with everything at the moment. No one knows anything. All I can say is that at some point audiences will see it. And they’ll see it in the best way possible, given the circumstances. Hopefully, that’s in theaters. Hopefully, theaters survive. I’m a big-time defender of the theatrical experience, and one of the things I love about A24 is that they are, as well. If I were just an audience member and I’ve been stuck at home for six months and I wanted to see a new movie, I’d rather see it at home than not see it at all. So I’m confident that it’ll be seen soon, but ‘soon’ is variable.”

In the end, it was probably wise to hold out for a theatrical release, because it sure looks like The Green Knight is going to look pretty damn great on a big screen. The Green Knight opens on July 30, 2021.