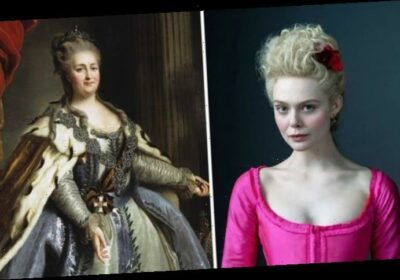 The Great continues this evening with the third installment of the comedy-drama series, starring Elle Fanning and Nicholas Hoult as Catherine II and Peter III of Russia. Unlike Netflix’s The Crown, the Channel 4 drama has faced no allegations of fabricating history as viewers are urged to embrace the “occasionally true story”.  Nevertheless, viewers may be keen to know that Leo ‒ a character Catherine is encouraged to have an affair with by Peter in the show ‒ is fictitious.

Catherine organised a coup d’état to overthrow her husband Peter III, and took control of the Russian Empire in 1762.

The country’s longest-ruling female leader, she exerted full control until her death in 1796.

In The Great, Elle Fanning’s Catherine romanticises everything from her role at court to losing her virginity.

But she soon becomes disillusioned and her infamous promiscuity is visible for all to see. 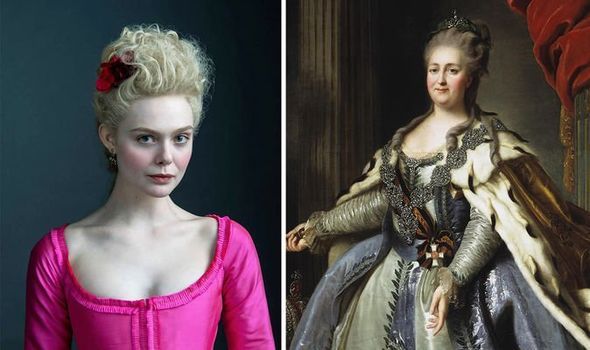 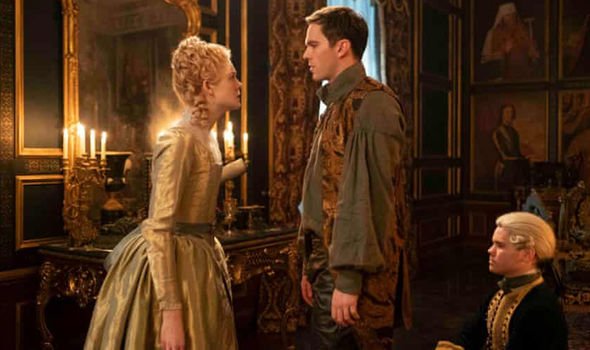 However, in the drama, she is encouraged to have an affair with a man called Leo ‒ played by Sebastian de Souza.

He is chosen by her husband Peter but, in reality, Catherine was known to have had several affairs and Leo is merely a character standing in as a symbol for numerous men.

Her most significant lover was Grigory Orlov, who in the series is shown to be a close friend of Peter’s.

This, again, is not true as it was Orlov who aided Catherine in her coup against her husband, ultimately installing her as Empress of Russia, and aiding her rule for many years until he fell from favour.

Stories about Catherine’s affairs are nothing new, though, with everything from nymphomania to bestiality featured in discussions. 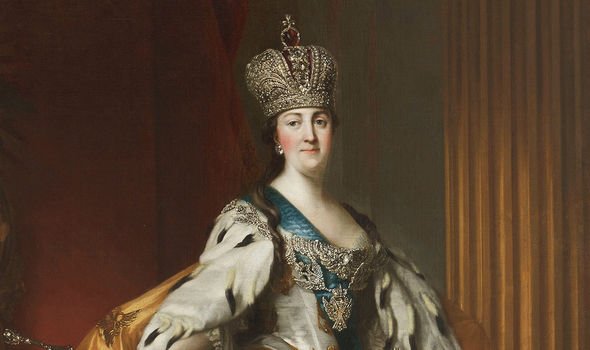 Yet, as we have seen in The Great, many of these stories were fabricated or exaggerated ‒ albeit historically this was done by her enemies as they tried to pull the rug from under her.

Historians describe Catherine as “taking many lovers” but in reality she was involved with 12 romantic relationships in a 44-year period.

Dr Una Mcllvenna told History: “These are hardly the sort of numbers one might expect from a raging sex maniac.”

Catherine arguably took inspiration from Elizabeth I of England, as she was distinctly aware that marrying a man would translate to her relinquishing her powers. 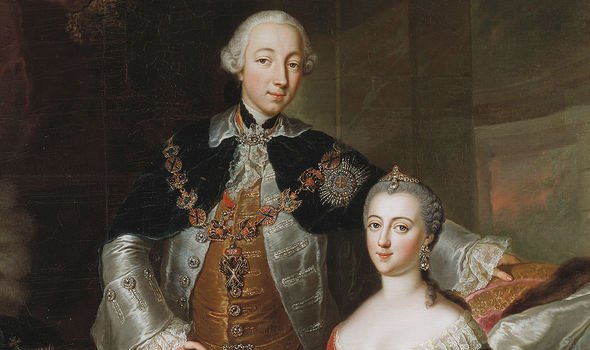 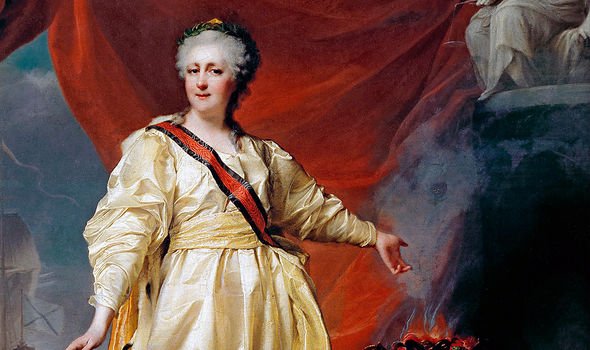 She often installed her lovers as kings, rulers, or high-ranking officials in nearby lands so as to secure influence and power, and to expand Russia’s borders.

After having a daughter with one of her many lovers, Stanislaus Poniatowski, she slotted him into the role of King of Poland, strengthening her country’s position in eastern Europe.

In France, where she had become a villain for not supporting the revolution, Dr Mcllvenna said: “The same kind of pornographic libels that had been used against Marie Antoinette were ready to be deployed against her.”

Political cartoons in Britain, too, depicted Catherine in obscene situations. 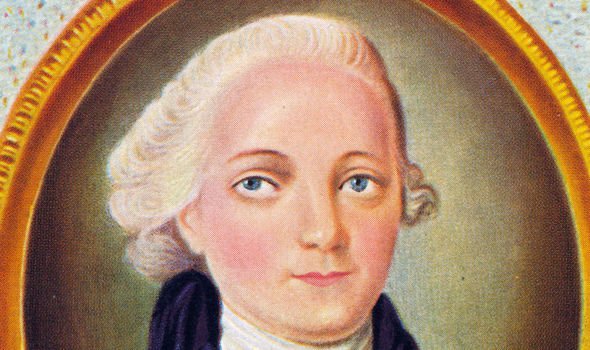 These skewed representations eventually led to the most infamous myth: that she died as a result of bestiality.

She actually died from a stroke.

Catherine left such a mark on her country that her own son, Emperor Paul I, whom she had tried to prevent inheriting the crown, later passed an edict “forbidding any woman from ascending to the Russian throne” again.

The Great airs on Sundays at 9pm on Channel 4.