THE Grand Tour crew search for 'pirate gold' in a dramatic first look at special episode A Massive Hunt.

The trailer for the special episode has now been released and Jeremy Clarkson, 60, James May, 57, and Richard Hammond, 50, will embark on the islands of Madagascar to search for the treasure. 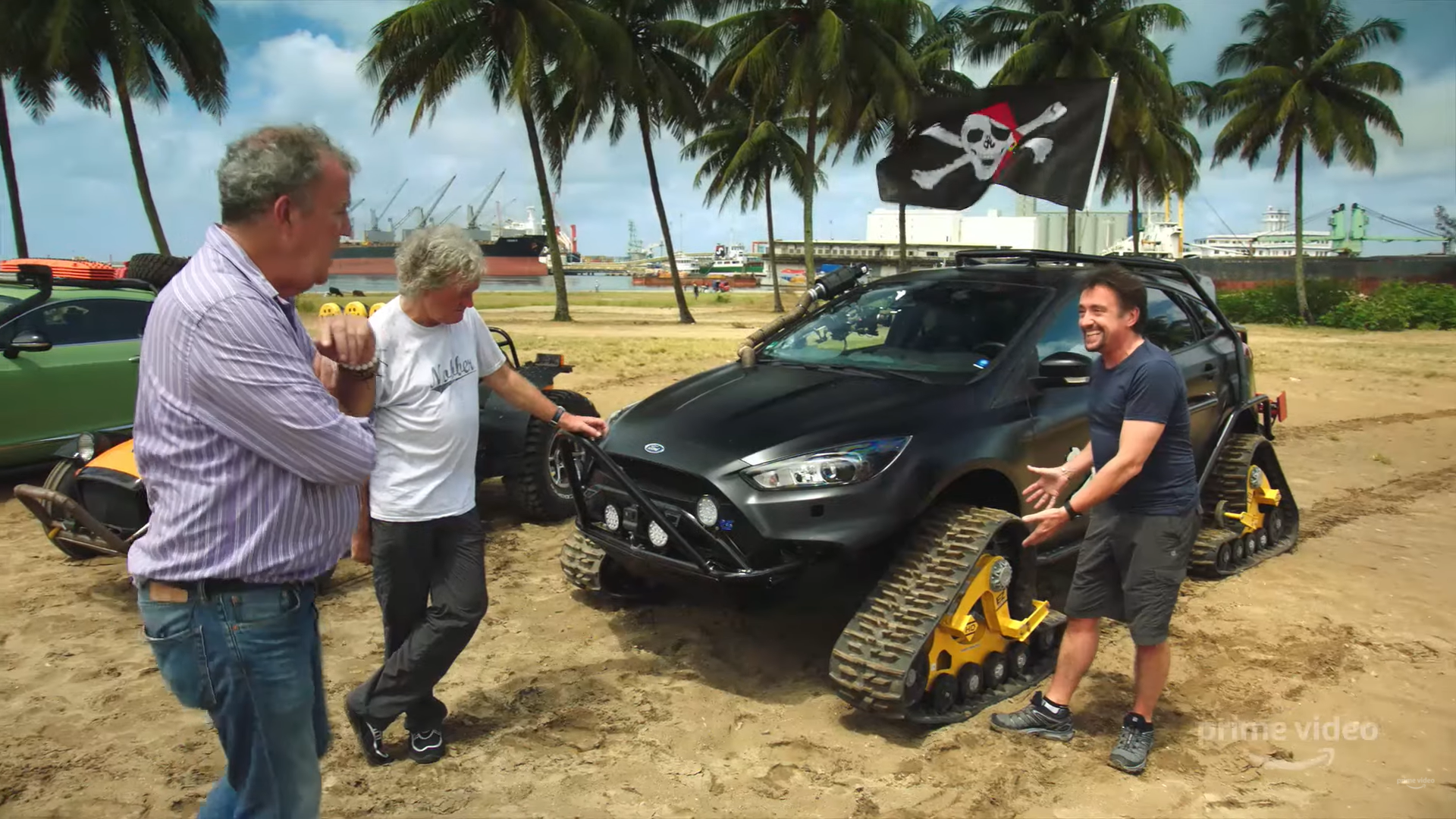 The trio will be faced with their toughest challenge yet as they set off on their journey in three different sports cars on the world's toughest road.

The motorheads are also seen driving on the road's most expensive piece of tarmac, which is on a ring road that has been built into the sea.

Impressed with their vehicles, Richard remarked: "I was just thinking this incredibly expensive stretch of road could serve a useful purpose."

They all then raced each other along the beautiful stretch of road, before setting off for Madagascar. 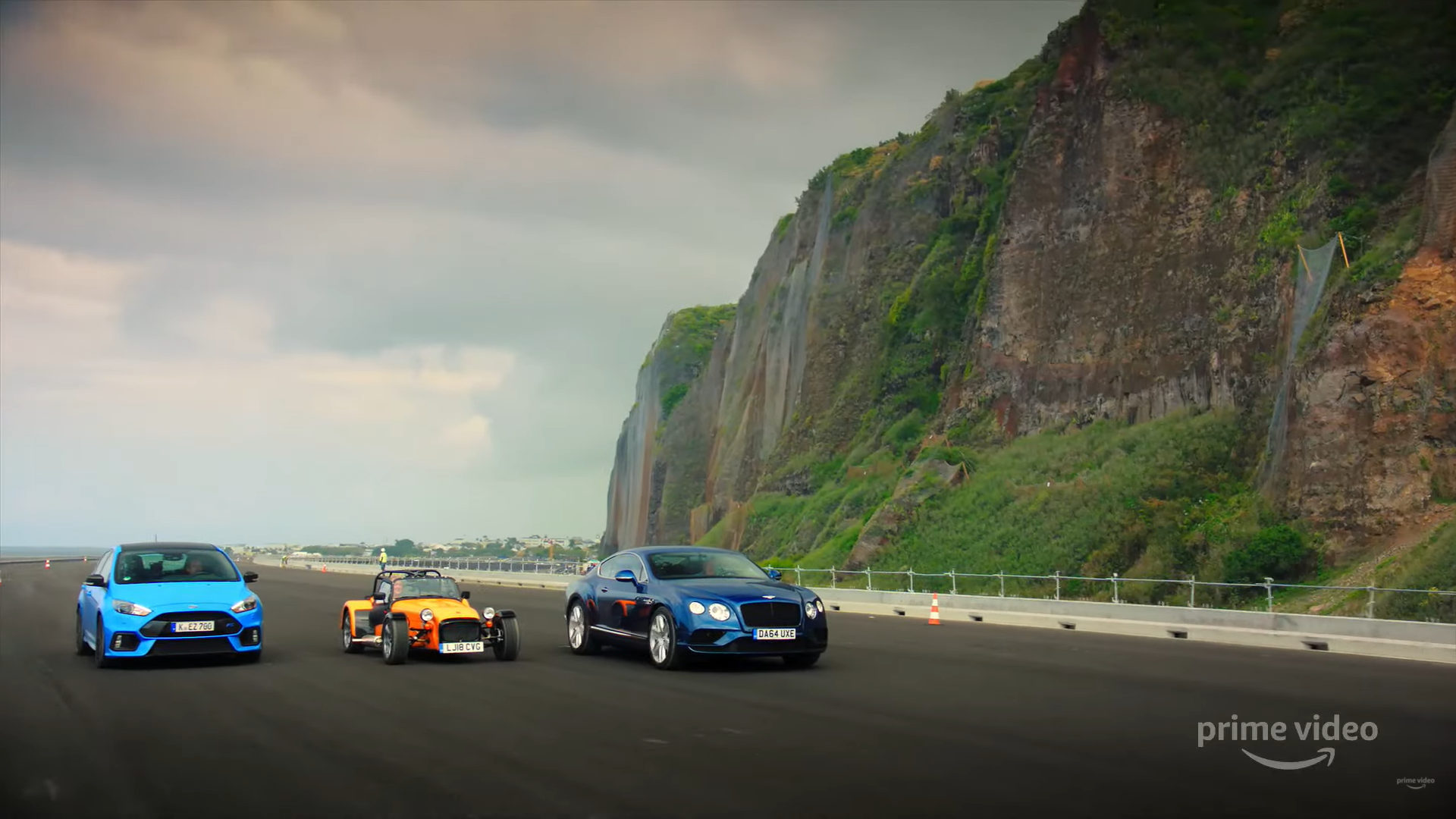 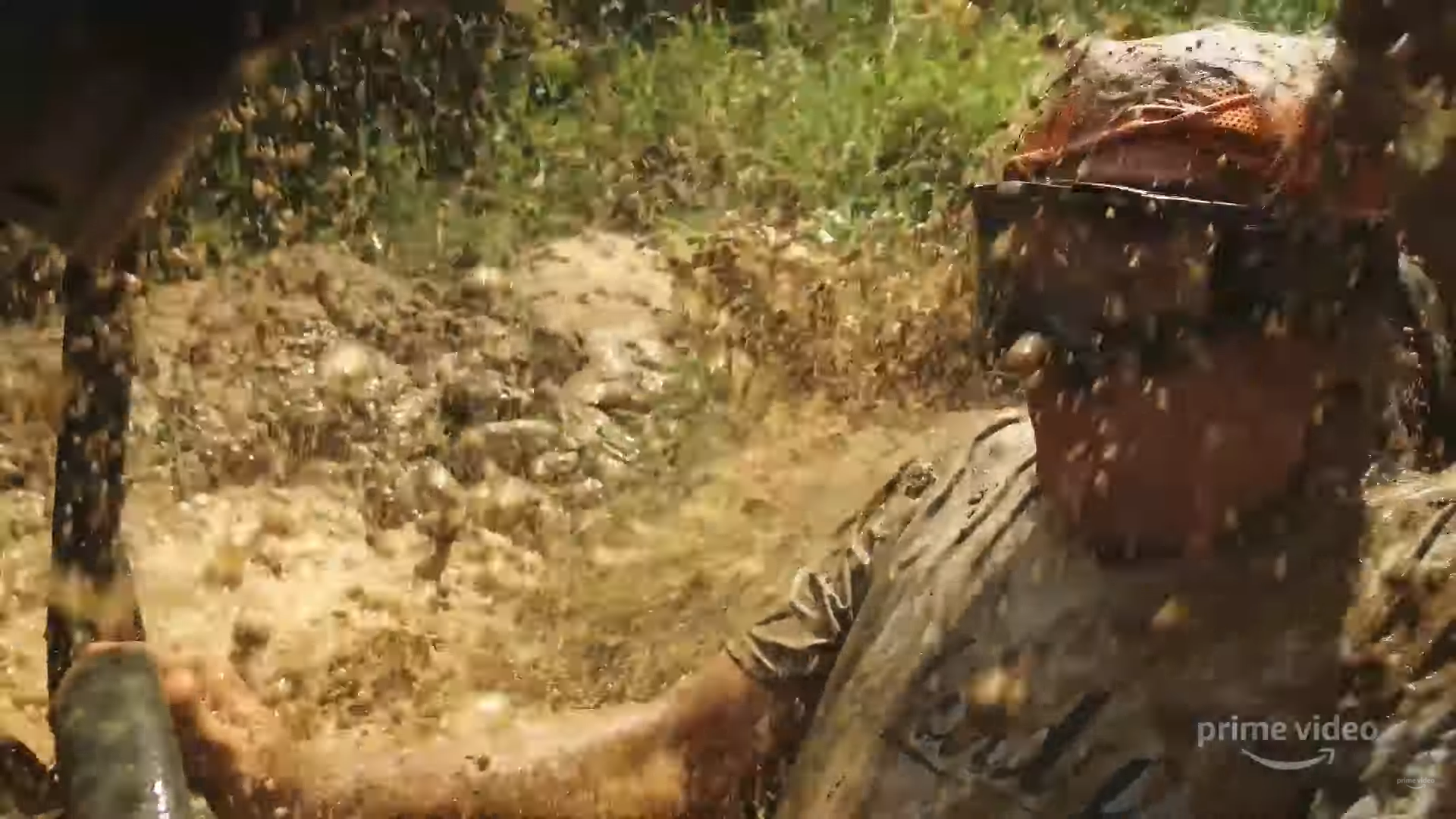 Once they arrive, they're given a map and asked to "crack the code and find the loot."

The sports cars were put through their paces on the very tricky terrain on the island, which James would soon experience.

He got absolutely drenched when he drove his car through a muddy puddle, as his motor had an open frame.

After James branded the roads in Madagascar as terrible, Jeremy suggested they all modify their cars to withstand the tough terrain. 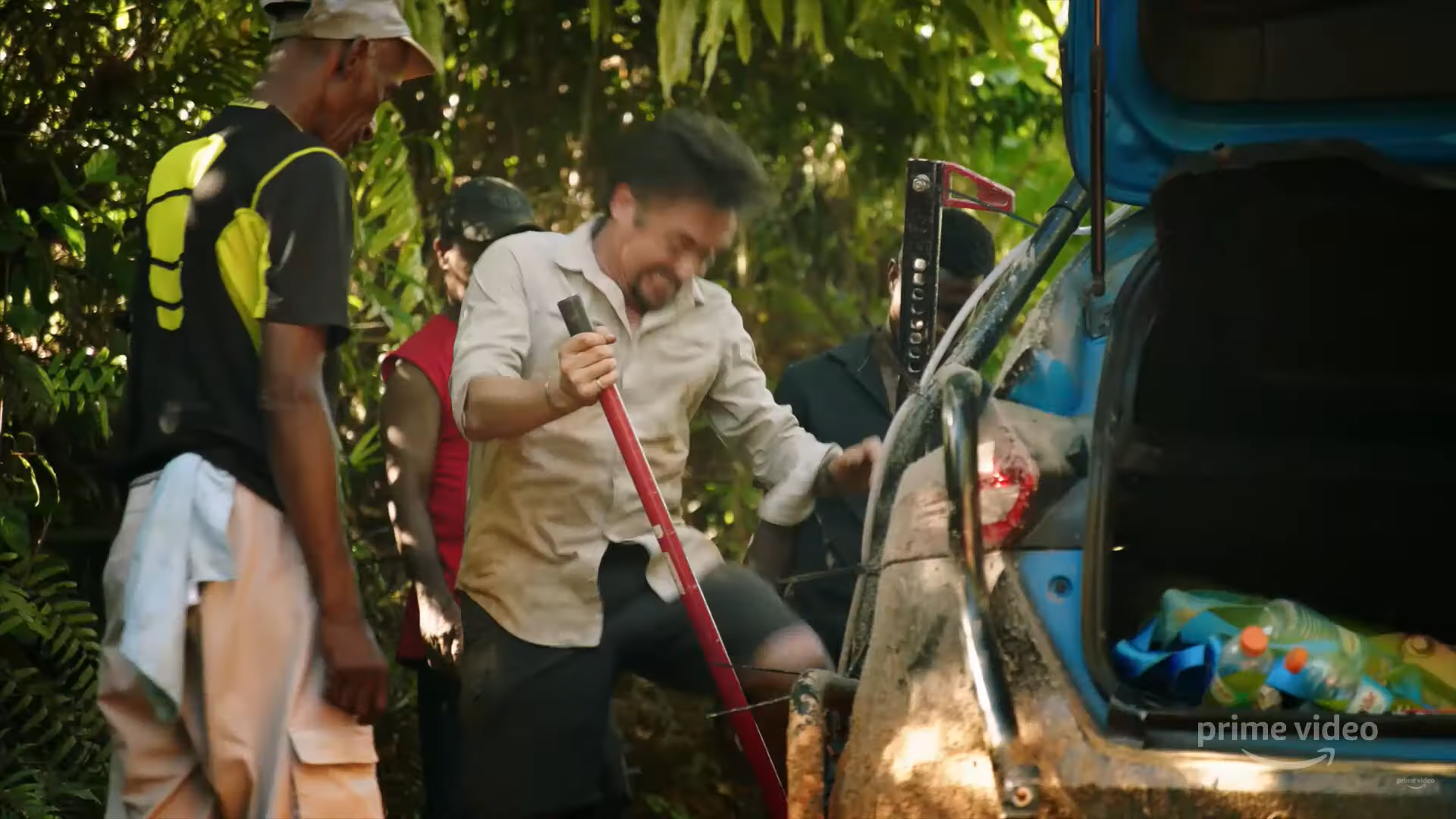 Richard went all out and decided to use a caterpillar track instead of standard wheels, while Jeremy opted for added pipes along the sides, and James' buggy car was fitted with bigger wheels and bright lights.

At the end, the trio struggle to solve a series of problems such as getting stuck in a hole in the road and trying to navigate rocky terrain.

But then, they headed out onto the beach and explosives started going off behind them before they drove away.