Home » TV & Movies » 'The Golden Girls': Fans Will Never Get to See a Reboot of the Series, According to the Show's Creator

'The Golden Girls': Fans Will Never Get to See a Reboot of the Series, According to the Show's Creator 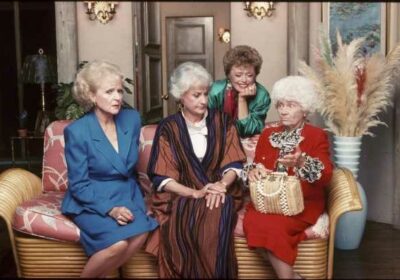 Today, reboots and revivals are a large part of the TV landscape. Networks and streaming platforms are rebooting old shows, and fans are here for it. One series from the 1980s will not be getting a reboot, though. Fans of The Golden Girls, the sitcom that followed four female roommates as they navigated life in their later years, will have to settle for reruns. The show’s creator, Susan Harris, has made it clear that a reboot is simply not going to happen.

What was ‘The Golden Girls’ about?

In the 1980s, NBC decided to produce a series that took a look at an often underrepresented demographic on television. Along with Harris, the network developed The Golden Girls, a show about four women sharing a home in Miami in their later years. Sex-crazed vixen, Blanche Devereaux owned the house and decided to rent out additional rooms following the death of her husband, George Devereaux. She was joined by Rose Nylund, an incredibly naive but well-meaning transplant from Minnesota. Rose was also a widow. Divorcee, Dorothy Zbornak and her aging mother, Sophia Petrillo, rounded out the household.

The Golden Girls aired its first episode in 1985. Over seven seasons, fans fell in love with the mismatched group. While they were sad to see the series end, most fans agree that The Golden Girls, unlikely other series, went out on a high note. The show remains popular today.

Love for The Golden Girls and its well-constructed cast endures even today, years after several of the main cast members have died. While Blanche, Rose, Sophia, and Dorothy live on in reruns, a reboot of the series simply isn’t in the cards. That isn’t for lack of trying, though.

In 2017, Harris told Entertainment Weekly that she’d been approached about potential reboots over the years. She has rebuffed each pitch. Harris insists that there is no show without the original cast. Simply put, she wants to leave The Golden Girls in the past, where it belongs. Reportedly, Harris retains the rights to the concept.

There was a failed spinoff of ‘The Golden Girls’

Harris’ feelings about a reboot or a revival might be heavily influenced by a spinoff that immediately followed The Golden Girls. After the screen went dark on the beloved sitcom, fans were expected to roll right into The Golden Palace. The spinoff followed Blanche, Sophia, and Rose as they learned how to run a boutique hotel in Miami. While the concept was sound, the series was a failure.

CBS canceled The Golden Palace after just one season. While fans largely assumed the absence of Bea Arthur, the actor who played Dorothy, led to its demise, Betty White has a different idea. White, who played Rose in both shows, claims that the show wasn’t different enough to set it apart from The Golden Girls. Fans largely agree, and many argue that a different spinoff idea could have worked better. In fact, there are three spinoffs that they would have preferred over the concept that CBS presented.