Home » The 'Fifty Shades of Grey' Director Said it Was 'Incredibly Painful' to Work With Author E. L. James

The 'Fifty Shades of Grey' Director Said it Was 'Incredibly Painful' to Work With Author E. L. James

It’s been a couple of years since the final Fifty Shades of Grey movie came out, but it still has a bit of a hold on pop culture to this day. Mostly from a hilarious or cringey lens, but Fifty Shades of Grey and the two sequels that followed it set records at the box office and launched the careers of Dakota Johnson and Jamie Dornan. They had careers beforehand, but these movies definitely made them household names. And while the on-screen film was scandalous enough, behind the scenes was also pretty heated. 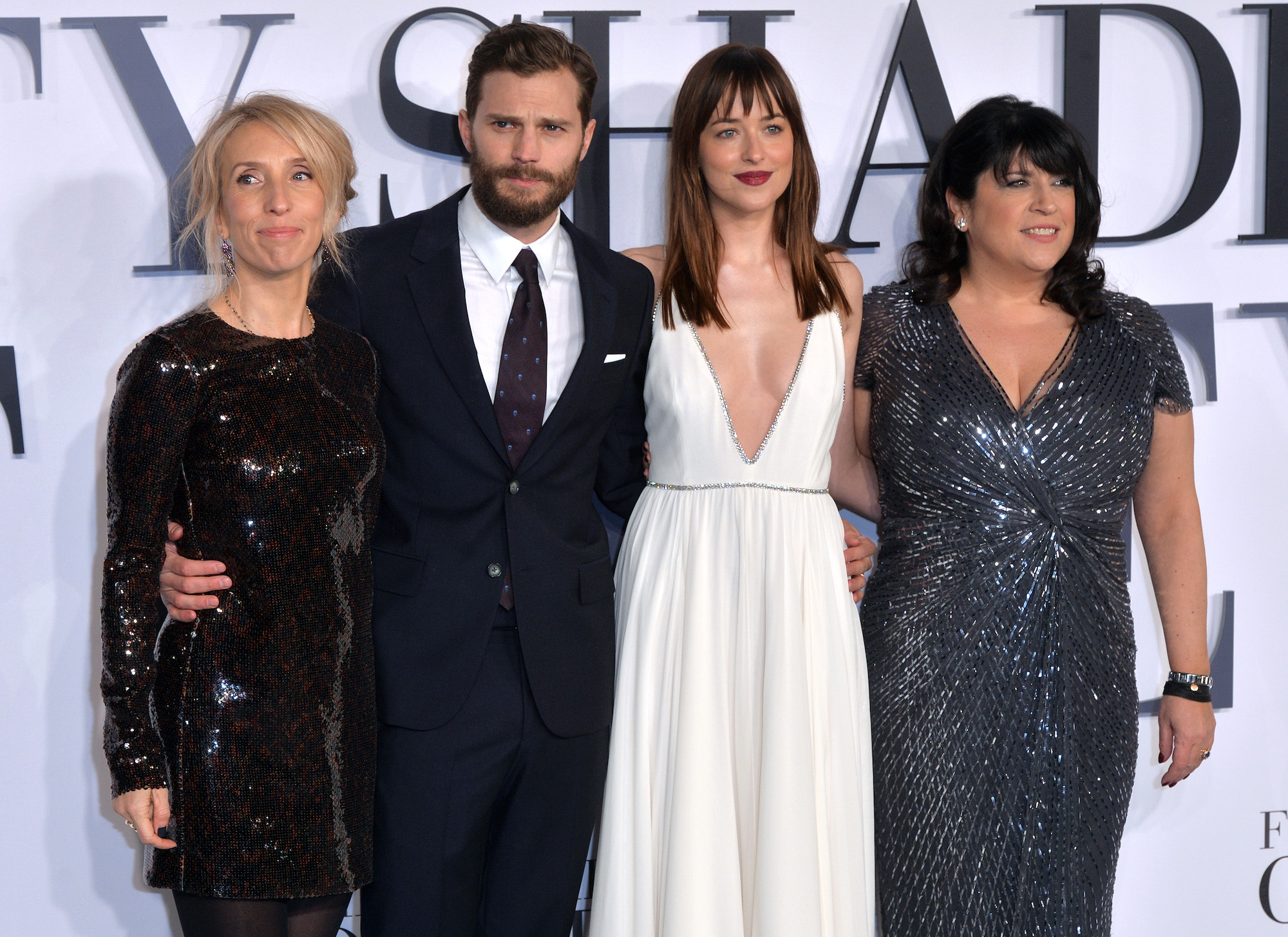 The first film in the trilogy was directed by Sam Taylor-Johnson. She received critical acclaim for Nowhere Boy in 2010, which was about John Lennon’s adolescence, and starred Aaron Taylor-Johnson, her future husband. The screenplay was done by Kelly Marcel. And unlike many other book-to-screen adaptations, author E.L. James didn’t take a backseat.

James, who wrote the Fifty Shades books — which were famously Twilight fanfiction first — was a producer on the film. She also worked on the screenplay and had a major hand in direction, despite Taylor-Johnson’s vision.

“We’d often clash and have to find a way to work through that to get to some sort of resolution,” Taylor-Johnson told The Hollywood Reporter in 2015 about working with the author. “She would be the first to say as well that it was not easy. It was not easy. But we got there. I think both of us felt it was an incredibly painful process.”

While James wasn’t as upfront about the struggle, she did say that “People are going to butt heads, and that is exactly what happened.”

Taylor-Johnson reportedly wanted to make a better movie than what people expected. This started with less graphic sex scenes, subtlety, and just better dialogue than the book. And according to their sources, Johnson and Dornan were behind Taylor-Johnson “99 out of 100, if not 100 out of 100 times.”

However, if you’ve seen the movie, you’ll know that the more graphic sex scenes and overt dominant vs. submissive messaging in the movie made it in due to James.

When authors sell the rights to their work, they typically aren’t as involved in the film adaptation process

This isn’t typically how adaptations work, though. Nor, as The Washington Post wrote, should it be. “Authors shouldn’t necessarily be in charge of adapting their own work,” they wrote in 2018. And this experience is a big example of why.

For instance, author Rick Riordan was very open and honest about the copyright process with his selling of rights for the Percy Jackson series. When he did that, he didn’t have much say in the creation of the movies made from his books, and that resulted in the two movies in the early 2010s that don’t hold that fond of memories for fans. He offered to write the script, to stay true to his original concept — his personal work — but since he sold the rights to his work, his hands were tied when they refused.

However, in that case, the movie adaptation would have benefited from some help from the source material. In Fifty Shades of Grey, it didn’t really. That’s just a good example of what happens after an author signs away their materials, sometimes.

Sources told The Hollywood Reporter that James was ultimately given unprecedented “power” and “control” to flex on the movies. Even in edits and polishing of the script, James didn’t allow the script by Marcel — the ones James helped write — to be altered.

Taylor-Johnson did not direct the last two ‘Fifty Shades’ installments

Safe to say, this is why Taylor-Johnson didn’t return for the sequel films. In fact, in a 2019 interview with Collider, she said as much.

While talking about her experience, she said that she has a bit more compassion about the experience having had “distance” from it for a couple years and she found that it was a good idea to part ways. Taylor-Johnson described James’ connection to the book as strong with a clear vision on her end, and Taylor-Johnson had one on hers. In the end, Taylor-Johnson decided she couldn’t go through with doing the second and third films in the same vein as Fifty Shades of Grey.

James Foley ended up directing both Fifty Shades Darker and Fifty Shades Freed. Marcel, the screenwriter, also didn’t return. Instead, the screenplay was done by Niall Leonard — James’ husband — for both sequels.

“My heart really was broken by that process,” Marcel said on the Bret Easton Ellis podcast in 2015, admitting she didn’t even go and see the first film. “I just don’t feel like I can watch it without feeling some pain about how different it is to what I initially wrote.”

There’s certainly a ton more sex in those latter two movies than the first film, so James’ visions were definitely met in those regards.