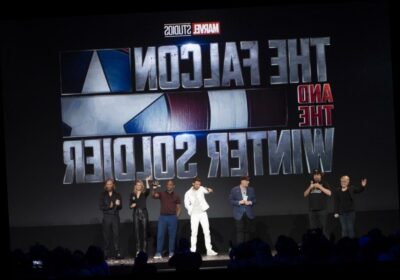 The Disney+ portion of the Marvel universe is about to make its grand debut when Wanda/Vision premieres in mid-January.

Since 2008’s Iron Man, however, the tone of the universe has shifted dramatically. While early entries tried to show a gritty, realistic take on the superhero genre, the MCU has since become a fantasy scape.

With one series, The Falcon and the Winter Soldier, however, fans might finally get to see a return to the early MCU’s grounded tone.

Setting the tone of ‘The Falcon and the Winter Soldier’

The closest that MCU has to a grounded film is still Iron Man. While the series is an over-the-top action movie with science fiction tech and events that could never happen, it exists on a plane that is just south of believable that’s much more grounded than Wakanda or Asgard.

However, with every passing movie, the MCU has gone deeper into the fantasy landscape that now defines it.

Thor took place on earth, but its scenes in Asgard showed that earth was just a small part of the greater Marvel universe. In Captain America, we get to see a real-life historical context that is given a retrofuturistic makeover. Every new story has expanded on the MCU rules and retconned ideas that were set up over a decade ago.

Many of the upcoming series are paying homage to the big-screen films that got them there, and as the universe has expanded its reach to different genres, there’s a little bit of something for everyone. After Wanda-Vision, a twisted take on the classic sitcom formula, MCU fans will get Loki, which is based on Tom Hiddleston’s character’s further adventures, What If…?, an animated look at alternate timelines, and Ms. Marvel, an introduction to a brand new character to the MCU who is inspired by Brie Larson’s Captain Marvel.

All of these will take their risks and explore new genres, but for fans of the early MCU, Falcon might be a dream come true.

Coming down to earth

Part of the superpowers’ appeal is the mythical quality they share that helps to separate them from the doldrums of everyday life. However, this does not mean that every property must be larger than life. Sometimes, fans want the superhero universe that embraces its comic origins and makes it feel at home in the real world.

The MCU has tried this already, with Daredevil taking on a similar, semi-realistic tone to Iron Man. Like the big-screen counterpart, however, it also had to adjust with every power. However, for Falcon and the Winter Soldier, the makers can finally give fans a return to the Iron Man grit while reintroducing them to several beloved characters.

Bringing the MCU back to earth

Many fans are excited about the new slate of shows. Still, they see Falcon and the Winter Soldieras a welcome, grounded addition to a universe that has gotten increasingly far out in its portrayal of superhumans. User u/alexduran4 expressed this in a thread about the upcoming series on Reddit.

“As almost all the other Marvel content coming out is pretty much multiverse/cosmic, I’m pumped to have at least one show that’s a little more grounded. Anything starring the Winter Soldier is going to be a bit more realistic, so to speak.”

On top of this, users like u/severan are looking forward to seeing two secondary characters, played by Anthony Mackie and Sebastian Stan respectively, getting a chance to shine outside of the shadows of other superheroes.

“I’m looking forward to this more than any other show, maybe even including the films. These two together are gold and I’m really keen to see how they handle the CA corner of things now that he’s gone.”

The series, which premieres later in 2021, will bring back old characters with new adventures. Hopefully, this will include bringing back the grit and grind of the early MCU and the short-lived Netflix universe, too.