The Drowning viewers outraged over glaring ‘plot hole’: ‘I can’t believe this!’ 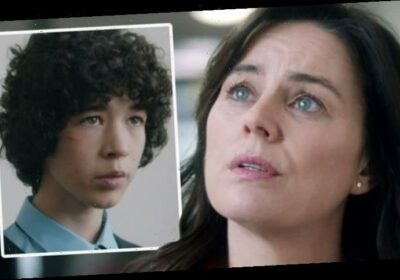 The Drowning: Jodie watches Daniel in the school

The Drowning began with the story of Jodie Walsh (played by Jill Halfpenny), a mother who lost her son nine years ago when he mysteriously vanished into thin air. All the troubled character could remember was the boy had curly, brunette hair and a scar under his left eye. Therefore, when she saw a teenager matching her missing child’s description in the first episode of the Channel 5 drama, she had to find out if it was him. However, this led those watching at home to wonder if they had discovered a plot hole as Jodie turned up at the youngster’s school.

At first, the troubled character just stood outside the school gates and watched from afar but as the episode unfolded, she got closer to the boy named Daniel Tanner (Cody Molko).

Jodie did tell her son’s father and ex-husband Jason (Jonas Armstrong) about her suspicions but he didn’t believe her, as he too had been struggling with grief ever since the boy went missing.

Not giving up, the mother-of-one ended up walking into the school with no questions asked and applied for a job as a music teacher.

After an interview with the headteacher and faking a DBS check, the leading character secured the role to spend more time with the young boy.

However, one viewer wrote on Twitter: “Where is the school security? You can’t just wander in of the streets #TheDrowning.” 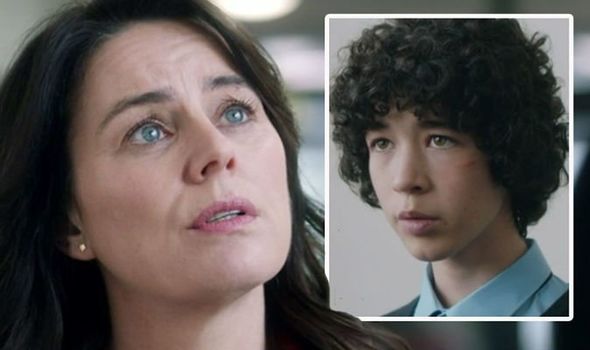 Another added: “Where is this school? You can’t just walk in #TheDrowning,” whilst a third commented: “This school really needs better security #TheDrowning.”

“I can’t believe this school visitors can’t just walk around without a lanyard for f***s sake #TheDrowning,” a fourth shared.

“I had no idea it is so easy to stalk…sorry, I mean walk into a school. Job offer in days, fake DBS even quicker and no one seems to mind!? Really! #TheDrowning,” a fifth remarked.

Whilst a sixth stated: “Where’s the security in this school? No pin code or swipe card entry. No reception staff challenging unknown adults, especially those not wearing ID. Not very well researched. #TheDrowning.”

You can’t just walk in

Despite the plot hole, viewers believed they had discovered, the drama continued with Jodie going on to teach a class without being cleared for working with children.

Although she messed up, the troubled character was mesmerised by Daniel and couldn’t help but adore his affection for music.

So much so that when she was given the all-clear to become a teacher, she asked the teenager if he would consider having extra tutoring.

DON’T MISS…
The Drowning: Is The Drowning based on a true story? [ANALYSIS]
Strictly Come Dancing ‘made me feel slightly sick’ admits former star [COMMENT]
Jill Halfpenny opens up on ‘unbearable grief’ after her partner died [COMMENT]

At the end of the episode, Jodie turned up at the Tanner household and the closing scene saw her watching the boy she believed to be her missing son.

A preview for Tuesday night’s episode showed Daniel becoming more interested in his birth-mother as it seems he will begin to put the pieces of the puzzle together.

When his father flies off the handle, it seems the youngster will have touched a nerve but could Mark really have kidnapped the youngster when he was a child?

Getting into Jodie’s mindset seemed to take its toll on the actress who plays her and former EastEnders star, Jill, 45.

The former soap star said: “I’m always really relieved to come home and be with my son again. And then I just sort of think, ‘Oh, God, I feel really heavy.’

“It’s sort of an emotional hangover,” she added, going on to detail how her character doesn’t have “particularly nice thoughts.

“You always cringe a bit as an actor to say that, but your body doesn’t know that those feelings that you’re creating are not real.

The Drowning continues Tuesday at 9pm on Channel 5.