Fans of The Crown have been waiting patiently to watch Princess Diana (played by Emma Corrin) marry Prince Charles (Josh O’Connor). Over the past couple of months, images of Diana’s iconic wedding dress have been teased and viewers were hoping to see the ceremony. However, in a surprise twist, Netflix didn’t air the wedding and instead the third episode ended before Diana even made it to Westminster Cathedral.

After finally following his family’s wishes and proposing to Diana, Charles set off on a royal tour while his bride-to-be moved into Buckingham Palace.

Diana was seen picking out her engagement ring and preparing for life as a royal before her big day.

She was also seen donning her iconic white gown with incredibly long train before heading out of the palace to make her way to the church.

However, viewers didn’t get to see anymore of the wedding as the episode came to an end abruptly. 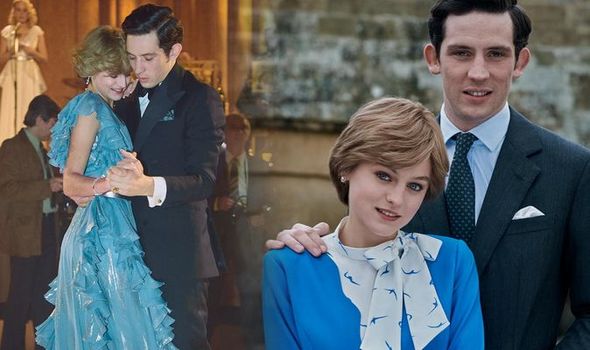 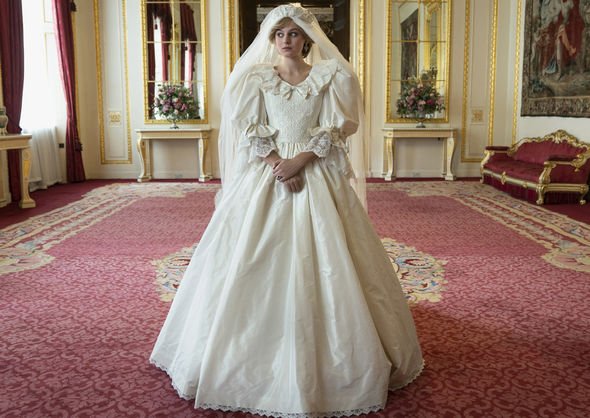 Diana is not seen again in the series until she is pregnant with Prince William.

Royal fans were left disappointed the wedding was cut out and took to Twitter to slam the decision.

One viewer posted: “A bit disappointed with the wedding of Charles & Diana.

“All the footage in the trailer is what you see. Just a glimpse of her dress and that’s it?? #TheCrownSeason4 #TheCrown.” 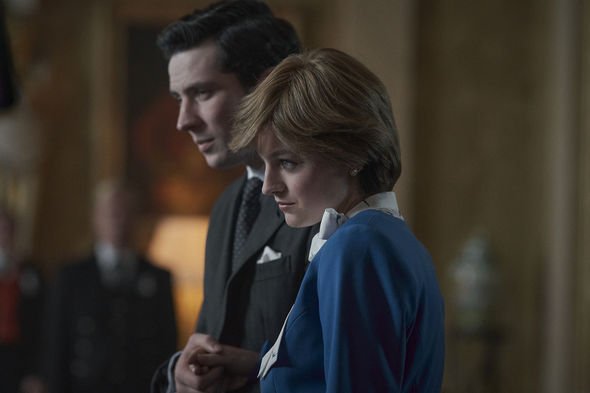 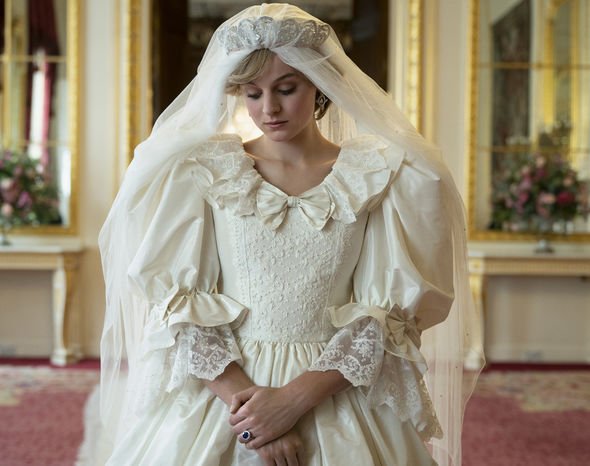 A second shared: “I guess showing us the wedding scene would have been too expensive #TheCrown.”

“THEY MADE AN ENTIRE REPLICA WEDDING DRESS AND THIS IS ALL WE GET?!?!?!? WTF??” a third tweeted.

Someone else continued: “Did I miss the wedding? Diana is already pregnant #TheCrown.”

A fifth added: “Wait, so they did a full costume of Princess Diana’s wedding gown then only gave us the glimpse from the back THAT WAS IN THE TRAILER? #TheCrown.”

Ahead of the series dropping on Netflix, actress Emma opened up on how Diana’s wedding look was put together.

She remarked: “The wedding dress was a huge huge thing. It went on very gradually, so they had to put it all together and there were so many fittings for hours.

“When we finally did it all and got it on, it was crazy.

“It was one thing to try it on without my wig but when I put my wig on, it was almost quite terrifying because the significance of that image for people is massive.

“It was a weird moment, when we were filming that scene in these three huge rooms, the crew were all sitting up at one end and at the other end, I had the ten people trying to put me in this dress with the train which was so long and no one had seen me and then these doors open everyone fell silent because I think everyone felt, out of respect you shouldn’t speak.”

Emma added: “I loved her casual stuff, the jeans and jumpers were very her.

“There were two jumpers which were also replicas – one was a sheep jumper that one of which is in the V&A and we got the only other one in the world.

“There was another one she wears in episode one – a pink jumper – and the original makers hand made one for us.”

The Crown season 1-4 are available to watch on Netflix now.