'The Crime of the Century' Trailer: Doc Scrutinizes Big Pharma and Opioid Crisis 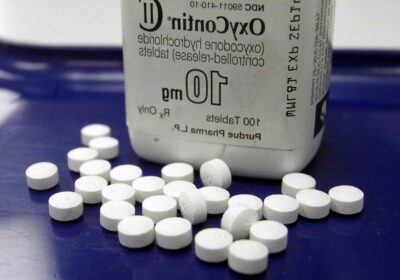 HBO has released a trailer for the upcoming two-part documentary, The Crime of the Century, which examines Big Pharma and the opioid crisis. Part One of the Alex Gibney-directed film premieres via HBO Max on May 10th, with Part Two airing the following night. The HBO original documentary is presented in association with The Washington Post.

The new clip features patients, medical professionals, journalists, authors, whistleblowers, investigators, insiders and others. Together they detail how Big Pharma used its considerable money, marketing might and political influence to keep their prescription opioids over-produced, overprescribed and circulating via unethical tactics in distribution, manipulation of government regulations and more, which perpetuated the opioid epidemic. Meanwhile, opioid addictions grew exponentially, and many lost their lives.

Part One focuses on Purdue Pharma and its promotion of OxyContin along with distributors such as Cardinal-Health, while Part Two highlights fentanyl and Insys Therapeutics.