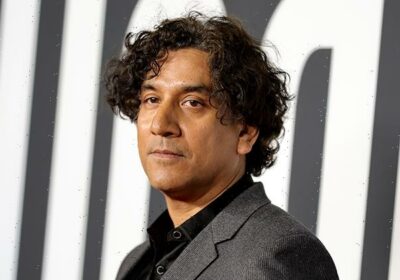 The Cleaning Lady‘s love triangle is about to become more of a quadrilateral situation.

Lost alum Naveen Andrews has joined the Fox drama in a series-regular capacity for Season 2, TVLine has learned. He’ll appear in the new episodes as Robert Kamdar, the “gregarious and charming” ex-lover of Arman’s wife, Nadia.

According to his character description, Robert is intent on driving a wedge between Arman and Nadia, leaving Arman to fight to keep his world and dignity intact while rebuilding his life under the worst of circumstances. Andrews’ casting comes less than two weeks after Eva De Dominici, who plays Nadia, was upped to series regular for Season 2.

Best known for his Emmy-nominated turn as Lost‘s Sayid, Andrews is fresh off a co-starring role in Hulu’s true-crime miniseries The Dropout, which picked up six Emmy nods of its own this year. His credits also include Sense8, Instinct and Once Upon a Time in Wonderland.

The Cleaning Lady returns for its sophomore run on Monday, Sept. 19 at 9/8c, picking up in the wake of Thony’s son’s abduction at the hands of his father. Per the official logline, Thony will enlist FBI Agent Miller’s help to track Marco down before he leaves the country with Luca, while an incident involving Chris forces Fiona to “shield her son by any means necessary, furthering the theme of how far a mother will go to protect her child.”

Excited to see Andrews on The Cleaning Lady? Tell us below!