Home » TV & Movies » The Cleaner season 2 release date: Will there be another series?

The Cleaner season 2 release date: Will there be another series? 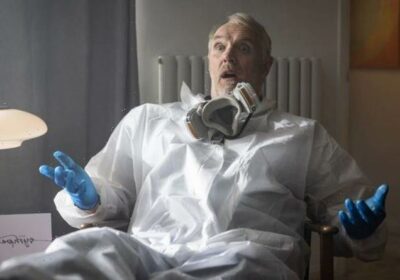 The Cleaner will star the likes of actor and comedian Greg Davies as Paul “Wicky” Wickstead, a crime scene cleaner who must make everything spotless after someone has died. The sitcom is going to premiere on BBC One this evening, Friday, September 10, at 9.30pm. Along with Davies, there is going to be several other well-known actors cropping up in the comedy.

WARNING: This article contains spoilers from The Cleaner.

Davies is the star and co-creator of The Cleaner which will see him act alongside some big names.

The first episode entitled The Widow is going to star actress Helena Bonham Carter as Sheila who has murdered her husband for his annoying obsession with building models.

She isn’t the only famous face who has got stuck into the BBC One sitcom.

Davies will also be joined by the likes of Stephanie Cole, David Mitchell and Ruth Madeley.

Will there be another series of The Cleaner?

The Cleaner is based on the German series Der Tatortreiniger which translates to Crime Scene Cleaner.

The series was created by Mizzi Meyer who gave Davies and his team the green light to go ahead and remake her show.

So all of the stories in season one are based on the German version of The Cleaner.

When speaking to press, including Express.co.uk, Davies opened up about the original and how much “scope” there is for the series.

Davies explained: “Each one [episode] felt like an entirely separate adventure and because you’ve got an open character – he’s not surprised to encounter shocking situations.

“Believe me, in the German one, she deals with some fairly shocking subject matters as it goes on.

“The scope for this show, of taking on more difficult subjects is something that excites me about it.

As of yet, The Cleaner hasn’t been renewed for a second season by BBC.

So for now at least, there will just be one series of the new sitcom.

However, Davies has expressed he would be interested in creating more episodes.

He has also been given the go-ahead by the creator of the German original show so there is hope that Wicky could return.

Davies added: “I don’t want to tempt fate but I would love to continue with it and Mizzi [Meyer] made it very clear that she would be happy for us to, much like other shows have done, go off on our own trajectory.

“I think we certainly would with Wicky. We’ve already hinted at a past that is specific to him and I’m very keen to get stuck into him as a character whilst exposing him to increasingly challenging things.

“I’m very excited by him, I hope people will be excited to see where he ends up each week.”

The Cleaner will be available to watch on BBC iPlayer.