Home » TV & Movies » 'The Chi': What Happened to Brandon Is Finally Revealed

'The Chi': What Happened to Brandon Is Finally Revealed 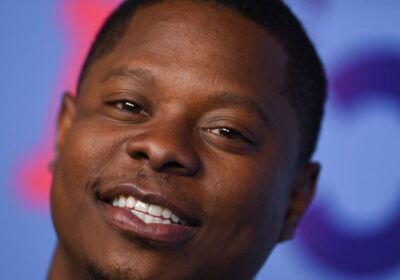 The first two seasons of Showtime’s The Chi heavily featured Brandon Johnson, portrayed by Jason Mitchell, as he served as the series’ main character. However, he was abruptly dropped from the show, forcing it to change direction. The writers killed him off after the season 2 finale but didn’t revisit his death, leaving viewers to wonder what happened.

During the premiere, viewers are introduced to Brandon as he emotionally gave his little brother’s eulogy, who was mistakenly killed. While still grieving, Brandon moved on, dedicated to staying out of the streets and pursuing his dreams of becoming a chef.

He lived with his girlfriend Jerrika, who came from a wealthy family, so they didn’t fully understand each other’s background and began working his way up by getting promoted to line cook at an upscale restaurant. However, an affair with the married boss resulted in him losing his job, so Brandon opened up his own spot, a food truck.

He ended up getting robbed and got a gun for protection before meeting Otis “Douda” Perry, a businessman with ties to the local gang 63rd Street Mob, who took an interest in funding the mobile restaurant.

After working with the businessman, against Jerrika’s wishes, for a short while, detectives attempting to take down the gang flipped Brandon, and he seemingly turned on Douda by the season 2 finale. However, nothing came of it as the writers wrote Brandon’s actor, Jason Mitchell, out of the series.

In May 2019, after Showtime renewed The Chi for a third season, Mitchell was suddenly dropped from the show, a new movie he began filming Netflix’s Desperados, and his agency and management companies.

However, none of the organizations gave a statement detailing their decision.

Following his firing, season 2 showrunner Ayanna Floyd Davis released a statement noting creator and writer of the series, Lena Waithe, knew Tiffany Boone, who portrays Jerrika, filed several HR complaints against Brandon due to behavior that made her uncomfortable that she required her boyfriend to attend filming with her.

Therefore, the actor chose not to return for a third season. Waithe has since responded, admitting she wished she handled the situation differently and wouldn’t work with Mitchell again. He has denied the allegations against him but claimed he’s “taking an L for putting himself in those situations.”

The third season started with Brandon’s mother, Laverne, giving her oldest son’s eulogy before leaving the city as she blamed it for taking both of her sons.

The rest of the season barely mentioned the former main character, and viewers never explicitly learned how he died or who killed him. However, in season 4, someone shot Douda, currently the city’s mayor, as he waited for a love interest on the rooftop.

While he suffered from his wound, Laverne revealed herself as the shooter and explained she didn’t think he deserved to live for what he did to her son.

After Douda healed from the gunshot, he told his wife his shooter’s identity and admitted he murdered Brandon or had something to do with it because he figured out the aspiring chef flipped on them. The Chi airs Sundays at 9/8 Central on Showtime.