The contestants certainly had their work cut out for them as Paul Sinha appeared to be on top form throughout the show.

However, second contestant Chris was eager to tell Bradley all about how he wanted to spend his prize money.

Chris explained he enjoys foraging, and eating herbs from forests.

But most of all, he explained, he loved eating potatoes.

Chris explained: “For me I’ll have 20 potatoes for my roast dinner!”

He also spoke about spending his prize money on purchasing an allotment to grow his own potatoes – as he went on to explain he’d like to “bribe someone” to get the plot of land.

Bradley was astonished by the announcement, and even said: “You’re the first person to come onto this show and ask for an allotment!”

To which Chris retorted: “I don’t think you understand how difficult it is to get an allotment Bradley!”

Brad went on to bribe Chris himself by adding: “When you get the allotment, send me some spuds!” 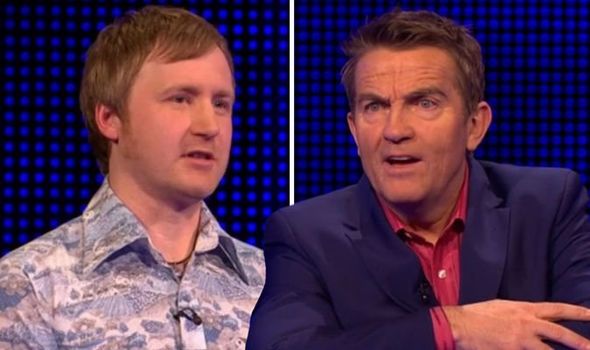 You’re the first person to come onto this show and ask for an allotment!

The potato puns ran throughout the show as Paul later joked: “Lets put some potatoes on the table!”

Unfortunately for Chris, he didn’t make it through the show, as he was caught out by Paul.

Fans of the show later tweeted jokes about Chris’ hobby, with one writing: “Back to the potato fields for Chris #TheChase.”

Another wrote: “It sounds like Chris is a warlock! #TheChase.”

This weekend, Bradley was forced to hit back at chaser Shaun Wallace as he bantered with one of the contestants. 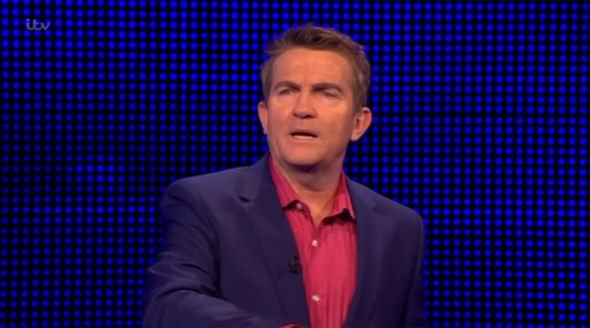 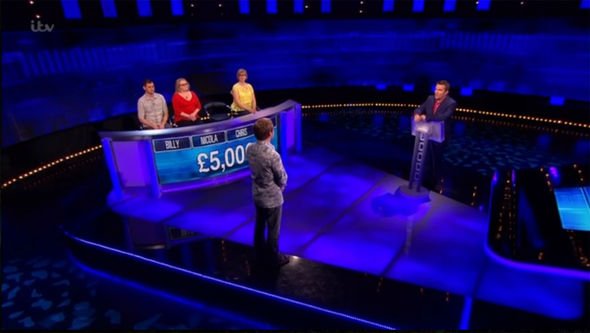 Shaun told contestant Matthew: “You said you can’t believe you have the £9,000…well you don’t.”

But Bradley wasn’t going to let him take his player down, as he quickly snapped: “Settle down!”

Unfortunately Matthew couldn’t beat the chaser during his round, as he was sent home.

After the defeat Shaun said: “Glad you’ve gone Matthew, you were a good player.”