The Chase returned to television screens tonight with four more contestants hoping to beat The Chaser.

In the hot seat tonight was Anne ‘The Governess’ Hegerty and Bradley Walsh was back presenting the show.

However, after the third contestant Darrion secured £3,000 in the cash builder round, he was offered three sums of money depending on how close he wanted to be to the Chaser on the board.

Turning to his fellow teammates for advice, Bradley interrupted him and halted the show when he found something out. 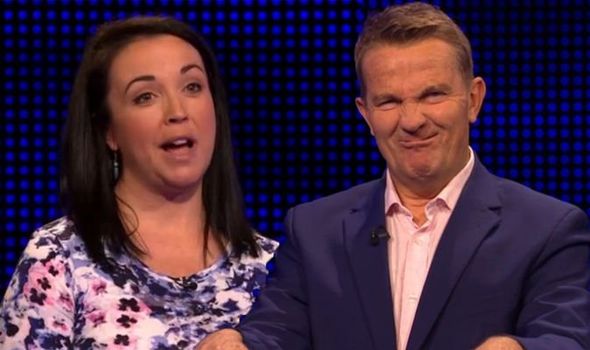 He asked the fourth contestant: “Isabelle, what do you say?” And she replied: “I think you’re feeling a little bit more confident now that you’re at the board. So feel free to go for the higher if you want, I don’t mind if you come back with the lower offer as well.”

Turning to contestant number two, Bradley continued: “Nicola?” and she said: “It is a little easier when you’ve got the three options there for you, but we want your young knowledge back here for us, because we wouldn’t stand a chance!”

Ray then added: “Definitely, just come back with the three [thousand pounds] and we’ll be over the moon for you.”

“Perfect, ok. Let’s face the table,” Bradley finished before turning back around and remarking: “Listen, Isabelle, I’ve just detected something!

To which she replied: “No” before revealing she originated from Canada. 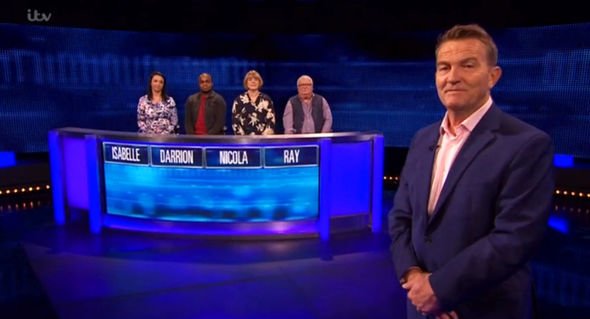 After realising he had got sidetracked he returned to the point of the game in hand and those watching at home saw Darrion choose to stick with his £3,000.

However, he was caught by Anne and sent home. Unfortunately for Isabella, she also suffered bad luck and didn’t make it to the final chase.

After answer 12 questions correctly, it was time to see Anne in action. 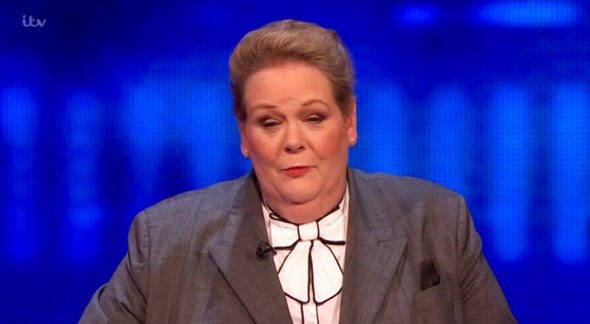 However, she answered two questions incorrectly, giving the team a chance to pushback.

While they correctly guessed the first opportunity, they couldn’t answer the second, not that it mattered because the Chaser was on top form.

With 45 seconds remaining, she had caught up and the Chase was over.

And for Ray and Nicola, they left the show empty handed.

The Chase airs weekday evenings at 5pm on ITV.