Home » 'The Challenge': Who is Screaming in the Promo for the Final?

'The Challenge': Who is Screaming in the Promo for the Final? 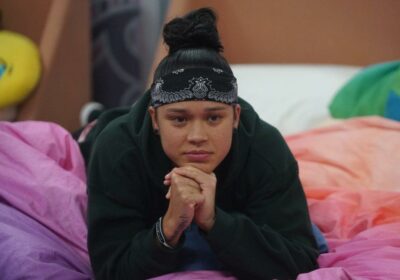 MTV’s The Challenge: Double Agents season finale is upon us, and fans can’t wait to see what’s in store. The sneak peek for the finale shows contestants running through rough terrain and competing under immense stress. And it seems one contestant cries out in pain while fighting for the win. Here’s who it is.

[Spoiler Alert: Spoilers ahead for the finale of MTV’s The Challenge: Double Agents.]

Someone is screaming during the finale promo for MTV’s ‘The Challenge: Double Agents’

It’s finally time for contestants on MTV’s The Challenge: Double Agents to compete in TJ Lavin’s difficult final. Up until this point, competitors have been using their mental and physical prowess to get them to the end. The most recent eliminations included two Hall Brawls. Amber B. defeated Big T, and Fessy defeated Kyle.

Now, it seems every team is looking forward to getting their chance to compete in the final. Amber and CT are competing together, as are Kam and Cory, Fessy and Kaycee, and Leroy and Nany.

In the promo for the final, all eight contestants are lined up at the start with helmets on. “Not all of you are gonna see day two,” TJ announces as the competitors race on foot through the mountains. “The goal of today is very simple — survive.”

At the end of the promo, one of the competitors trips and falls on rocky terrain. It appears it’s Kaycee who screams.

Did Kaycee get injured on ‘The Challenge’?

Those who’ve kept up with The Challenge know Kaycee is a force to be reckoned with, so we’re sure she’s extremely bummed to not compete all the way through the end of the competition. She got her start with the competition series on Total Madness, and before that, she was known for being a Big Brother winner.

We’re sure we’ll see Kaycee in future seasons. In fact, Screen Rant notes she told the Reality NSFW podcast she and fellow contestant Josh Martinez were supposed to be on All Stars, but they received false-positive coronavirus (COVID-19) tests before going on.

Who is the winner of ‘The Challenge: Double Agents’?

So, if Kaycee and Fessy don’t make it all the way to the end of MTV’s The Challenge: Double Agents, who comes away with the win? The Fandom page notes it’s CT and Amber who come in first place. Cory and Kam come in second, and Leroy and Nany come in third.

We’re looking forward to seeing how it all unfolds. CT and Amber appeared to be the underdog team going into the final, as Amber’s a rookie and CT doesn’t have any allies left. While Kam and Leroy helped run the game and keep track of their alliances the whole way through, they couldn’t pull off the big win, but they still played an incredible game.

We’ll have to wait and see what happens to Kaycee on the show. We hope to see her on future seasons of the show.