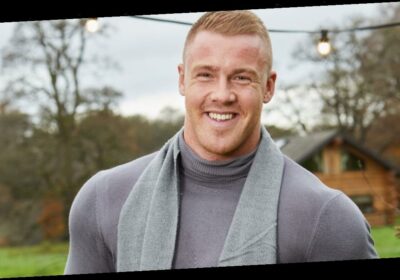 The Cabins hunk Tom has hit out at people who slide into direct messages on Instagram and Twitter.

The buff lad, 26, says he isn't a fan of online dating at all and prefers to meet people via friends of friends or simply on a night out.

The National Business Development manager from Leeds says he is keen to find a girl who is lively and fun – but is also open to a long-term relationship.

Tom said: "I don’t have any online dating accounts. I don’t understand it.

"All my exes I’ve either met through work or something.

Awkwardly, his co-stars Mamudo and Holly have both bragged about DMing celebs already.

Mamudo has shamelessly admitted to DM'ing pop superstar Rihanna, though the Bajan beauty is yet to reply.

Meanwhile, make-up artist Holly says she has multiple celebs slide into her DMs thanks to her racy online persona.

Admitting he hopes The Cabins will change his run of doomed romances, Tom continued: "Unfortunately, I’ve not had much luck in the past.

"I’ve had four or five relationships. The first one lasted four years, we had a house and everything.

"After that every year I had a relationship that lasted 10 months to a year, but something would pop up and we’d end up parting ways.

"So I thought I might as well give something else a try as I’m not doing very well."

Describing the show, ITV2 said: "Singletons are ditching the dating apps, giving up the ghosting and casting off the catfishers in favour of spending 24 hours getting to know each other in an intimate log cabin.

"After 24 hours together the couples must decide if they are lovestruck or lovelorn."

The Cabins starts January 4 at 9pm on ITV2