The Blacklist: Where is Liz Keen star Megan Boone now? 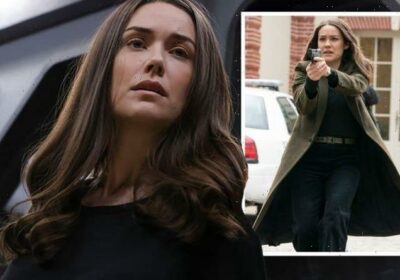 The Blacklist season nine has been airing on NBC and fans are still recovering from the death of Liz Keen (played by Megan Boone). The actress announced her departure previously and her character died in the season eight finale. Express.co.uk has all you need to know about what she has been doing since leaving the show.

Where is The Blacklist’s Megan Boone now?

Fans of The Blacklist were keen to see how the series would continue without Liz Keen.

Born in Russia, she was involved in a terrible incident that saw her father, the real Raymond Reddington, get killed.

In the eighth season, Liz was shot just as she was about to end the imposter Raymond Reddington’s (James Spader) life in order to take over his criminal empire.

Her death disappointed many fans and they were left feeling emotional after they realised she would not return.

The series propelled Boone to fame as she was not widely known before joining the cast.

Boone notified the show’s writers of her departure and they wrote the finale around Liz’s exit.

The actress has since launched her own production called Weird Sister, with the Sony Pictures Television Family.

The studio is the same one that runs The Blacklist, so she will remain a part of the family in this sense.

President of Sony Pictures Television, Jeff Frost, told Deadline: “Megan was instrumental in the success of Blacklist and we are elated she will continue to be an integral member of the Sony family.

“Megan’s artistic prowess and vision is extremely complementary to our creative focus and direction and we’re very excited about developing new projects with her.

“We look forward to much-continued success together.”

Since leaving the series, she has also focussed her attention on highlighting the impacts of climate change.

She has also been spending plenty of tie with her daughter Caroline, who was born in 2016.

The 38-year-old actress has been keeping fans up to date with her latest projects on Instagram.

The star has been recording a podcast for Circle Round and she said: “It’s a favorite of my 5-year-old and her best buddy, and they were in the front row.

“And will probably always be my favorite audience members of all time— and it wasn’t at all exciting and scary to act in front of a live audience for the first time in almost a decade.”

Megan has also been sharing photos of her daughter on their trips out.

Fans can find out more about her new production company through her social media accounts.

Announcing the news, she said: “Thank you @sptv @sptvintl for this amazing opportunity, @nbcblacklist for everything I know about making television.

“Nellie Andreeva for this championing announcement, my team Sandra, Melissa & Jamie and to all of you viewers out there. I hope to make you all proud! Wish me luck and send me a bit of your magic.”

Ahead of her exit on The Blacklist, she wrote a heartfelt message in tribute to her co-stars.

She said: “This experience, for me, has been an entire life inside of my own life. These eight years playing Liz Keen have helped me better define the world and myself, as she set out to do the same.

“Liz sought incorruptible familial bonds, and collided with powerful forces to reveal the boundaries where a cruel, indifferent world ended and she began.

“As her story ends I am grateful, most of all for the people I shared this time with: my fellow cast members present and past, our incredible crew who carried every single day for all involved, and those of you we entertained.”

The Blacklist airs on NBC on Thursdays at 8pm.