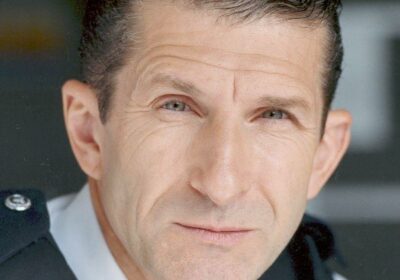 The Bill star Jeff Stewart looked completely different as he was spotted on Friday (October 27).

The actor, 67, played PC Reg Hollis on the ITV police drama but looked worlds away from the beloved character he played for 24 years.

Out running errands and grabbing some food, Jeff sported a huge beard and bushy hair, the opposite to clean-cut Reg.

The TV star donned an oversized jacket which sat over an open checked shirt and black T-shirt, tucked into a pair of black jeans.

The Scottish-born actor wandered in a pair of Timberland boots and slipped on a pair of black-rimmed glasses.

The Bill first aired in 1983 and despite not starring in the pilot episode, he went on to appear in a total of 872 episodes, quickly becoming a series regular.

Jeff made his first appearance as Reg in 1984, playing the role until 2008 before the character was sadly axed.

Speaking about the decision, Jeff told The Sun in 2011: "I felt I had been badly let down." In March 2010, ITV announced they were cancelling The Bill after 26 years on air, making it the longest-serving police procedural television series in the UK.

11 years after its axe, it was reported that the iconic show would be making its triumphant return to the small screen after writer Simon Sansome managed to secure the rights.

As reported by The Sun, it was announced that some of the original cast would also be returning to the series.

A source said: "Simon started investigating the rights and managed to acquire them.

"Three of the best known stars are in talks and he’s hopeful he can get them on board. Tony has seen the script and they hope they can get him signed up too."

The insider added: "They’re in constant contact and the project has begun to move on quickly.

"There’s a couple of channels interested in bringing back what is such a well-loved story."