The biggest soap celebrity stories of 2021 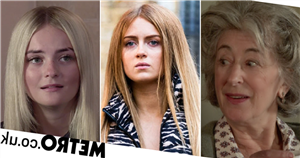 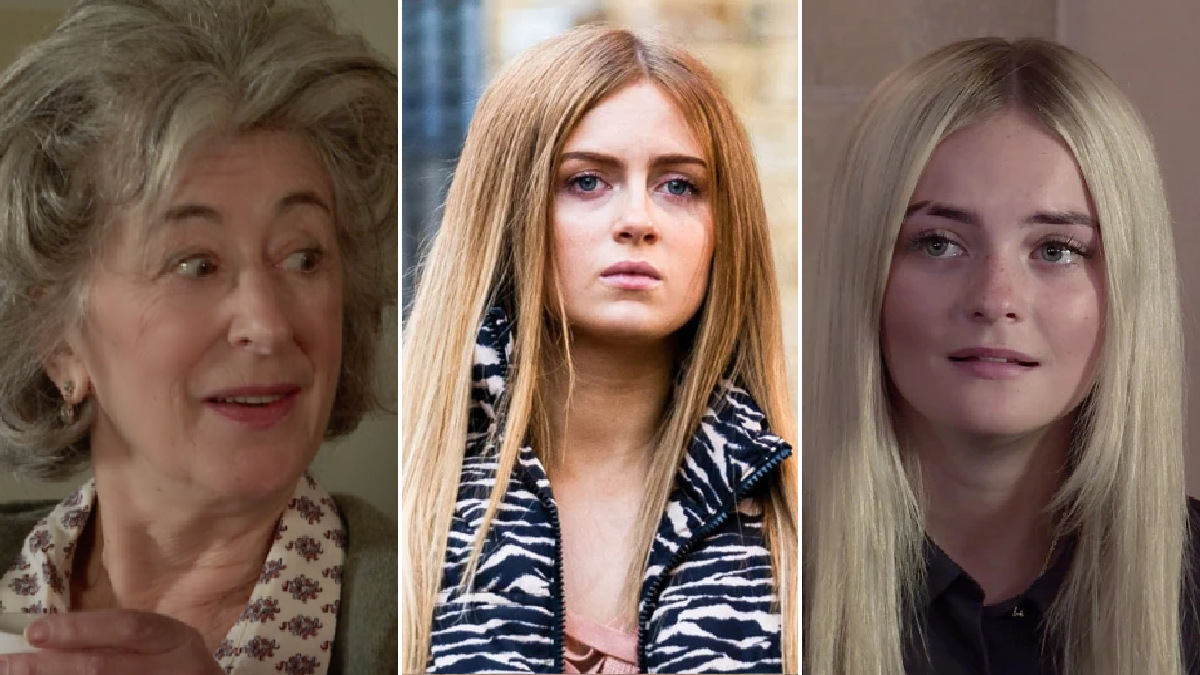 2021 was certainly an eventful year for our favourite soap mainstays, both on and off screen.

On screen, the past 12 months have been home to some of the most compelling and memorable storylines the nation’s favourite serial dramas have ever seen.

From serial killer Meena Jutla’s reign of terror in Emmerdale, to Sid Sumner’s return from the dead in Hollyoaks, it’s safe to say that soap fans were often left stunned at the shock twists this year had to offer.

But it wasn’t just the on-screen drama that captivated soap viewers this year, as there were several real-life stories that had fans talking.

And with 2021 drawing to a close, we thought it only fitting to look back at some of our biggest real-life soap stories of the year.

Coronation Street’s Matilda Freeman received praise after she came out as bisexual on social media back in June.

The actress, who portrayed Summer Spellman between 2017 and 2020, was asked about her sexuality by a fan during a Q&A on Instagram.

‘I am bisexual,’ she wrote on her Instagram Stories, and added two love hearts to finish out the message.

‘I was born a Danial. In the eyes of God, I am a Danial’, said the Mick Carter actor during a discussion with daughter Dani on Sorted With The Dyers podcast.

‘My old dad, and I love him very much, he’s old school. I was born in the 70s. Men didn’t really get involved in much.

‘Back in the day my mum would go: “I’m going into labour” and he’d be in the boozer! He’d go: “All right. What time are you going to be home?” She went into labour and gave birth.

One of our biggest stories of the year centred on the fact that Call The Midwife actor Daniel Laurie, who portrays Reggie Jackson in the BBC One period drama, is the son of Leslie Grantham, who played Walford icon Den Watts in EastEnders.

Top celebrity agent and ‘soap comeback queen’ Melanie Blake left fans stunned back in February when she revealed that a Corrie star broke down in tears after he was ‘axed’ and ‘begged’ for a reprieve.

‘When she called him in to fire him, he literally begged her on his knees and sobbed hysterically. It was so awful that she actually ended up not firing him – and he’s still in the show to this day.’

She added: ‘It’s funny because I knew that story and then a few people who I know have read the book and said: “Oh, that’s him!”‘

Kimberly, best known for portraying Nicky Wheatley in Corrie, discussed her sexuality back in January, revealing that she is pansexual.

She told The Mirror: ‘I have dated people who are male, female, transgender…Gender is completely irrelevant to me.

‘We’re all on different spectrums. There are many qualities about me I would deem just as much male as female.

‘It’s about the person, not what sex they were born. I just fancy everybody.

‘I’d have a couple of drinks at night and change my Tinder search profile to “both”.

‘When I woke up the next day, I’d think: “OMG, I hope no one I know has seen me”. Then I realised if they had, it would mean they were gay too.

‘It clicked, and I realised I’m surrounded by non-judgmental people and a loving family supporting me.’

Corrie fans were shocked to discover that star Harry Visinoni’s real-life girlfriend appeared in Seb Franklin’s final scenes on the show due to strict social distancing measures on set.

Sally Carman, who plays Seb’s mum Abi Franklin, told Metro.co.uk: ‘There was one scene where Seb had died and I had to say goodbye to him. I was stroking his face and we had to have Harry’s girlfriend as my hand double.

‘Weirdly, it worked. When you are in that zone, it works so it was fine.’

Another of our more successful pieces centred on Maisie Smith’s pink leggings, as she took to social media to document her fitness journey.

Former Coronation Street star Philip Middlemiss’ life was turned upside down, after he was caught up in a costly global bribery scandal.

The actor, who played Des Barnes, was named by investigators in Africa in relation to the sale of three military planes to the country. He faced possible prosecution by the UK’s Serious Fraud Office in relation to allegations of bribery and corruption.

‘It’s been a complete, utter nightmare,’ said Philip earlier this year, addressing the situation for the first time. ‘I have felt despair and helplessness. During the heat of all this there didn’t seem to be any way out.’

Corrie’s Millie Gibson addressed the fan response to her eyebrow marking back in May, confirming that it’s a scar.

Speaking to Metro.co.uk earlier this year, she smiled: ‘It is a scar! My dad gets annoyed with online comments like that! When I was 2 or 3, I have pictures looking like a thug.

‘I whacked my head off a corner on the bannister and my head just went massive. It never really healed, I kind of like it. It works with the character!’

Ex-Emmerdale actress Deena Payne, aka Viv Hope, revealed in April that she begged soap bosses not to hire Tony Audenshaw, who plays Bob Hope on the show.

She said on Soap From The Box Podcast: ‘The truth being there were six people auditioning for Bob and the producer came up to me and said, “Look, did you have any feelings about any of them?”

‘And I said, “Look, just not number six because he was really creepy”, and that was Tony. Anyway, bless him, not that anyone told him, and he got the job.

She continued: ‘In retrospect he was so right. He used to backcomb his hair like Viv did. They were too peas in pod, they really were.’

Some Coronation Street viewers were left upset back in August, as Evelyn Plummer begged Tyrone Dobbs to get Hope Stape ‘professional help’, after she set fire to Alina pop’s flat.

‘She’s had play therapy, touchy, feely rubbish, new age,’ said the stalwart, ‘But she needs something long-term. Teach her right from wrong.’