ManifestSeason 2 Episode 12, titled “CallSign,” revolved around Michaelaand Zeke’s wedding. In the hours leading up to the ceremony, the 828passengers kept busy with their usual modus operandi of digging into the mysteryof the Death Date and Callings. They acted out of desperation for clues, answers,and solutions, but sadly, they didn’t get very far.

Theaudience can only hope that the characters will arrive at resolutions in thenext episode since it is the Season 2 finale. There’s still a lot to ponder goinginto the season-ender, and Twitterfans provided insightful theories about Manifest “Call Sign.” Hereare some of the best tweets about the episode. 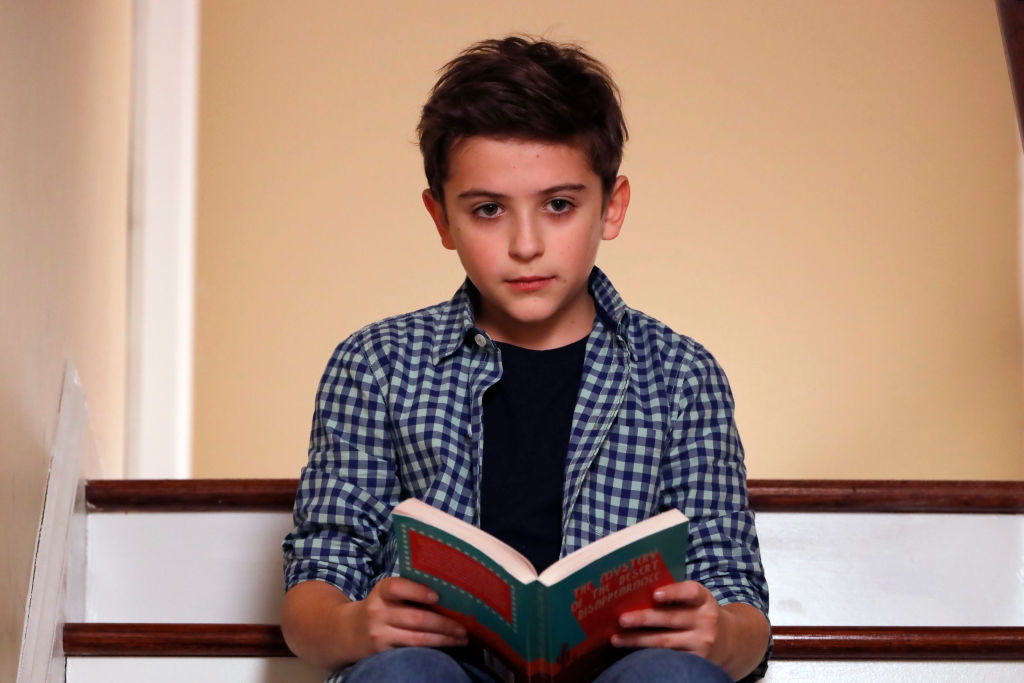 In “Call Sign,” Ben has a shared Calling withWard Attwood, the person who was in charge of inspecting Flight 828 before ittook off. Separately, both men have psychic visions of the airplane explosion andare led to the airfield where they run into each other.

Ward believes the vision is a sign that he isat fault for the disappearance of Flight 828. After some thorough research, Bendiscovers that Ward did his job correctly and did not cause the event tohappen.

The discovery gives Ward much-needed peace ofmind, but Ben’s Calling reoccurs, prompting him to ponder its significance. Thevision guides Ben to a shop where he finds his mother’s wedding veil, which hisfather had discarded after her death. He gifts it to Michaela for her nuptialwith Zeke. Alas, questions remain about the meaning of Ben’s recurrent Calling.

Could Ben be missing something right in front of him, namely a hint about TJ? Olive’s beau is preparing to head to Egypt in search of clues about Al-Zuras’s journal and the Death Date.

One fan pondered in a tweet, “What if it’s the plane that TJ is getting on that’s gonna blow up?”

There are many possibilities for Ben’s hauntingvisions of the plane explosion. Michaela seems to believe that his Calling couldbe a clue to Zeke’s survival.

She reminds her brother, “You said ityourself. Maybe the Callings are trying to teach us something. Why else wouldyou get a vision of the plane right before Zeke’s Death Date?”

Some fans are unconvinced about Mick’s theory. One viewer tweeted,

Grace: What’s the plane blowing up again meant to mean?

Me: That Mick marrying Zeke is the worst idea.

Knowingthat he will soon succumb to the delayed effects of being frozen, Zeke opts tospend his last few days marrying and devoting time to the woman he loves. WithSaanvi’s medical license suspended, her research stalled, and Zeke’s Death Datefast approaching, it doesn’t look promising for Michaela’s new husband. But someviewers are convinced that he will get a reprieve.

One fan tweeted a hopeful prediction, saying, “Saanvi is the only one who can save Zeke and all the passengers. I have faith in her!”

Now that Saanvi has partnered with Vance in hersearch for the Major and the recovery of her research, can she win the raceagainst Zeke’s Death Date?

Isthere more to the story of the shadowy figures and the three thugs?

Calsketched a family portrait back in Season 1. In the picture, a shadowy figureloomed in the background. By Season 2, the drawing had changed to include threeshadows. What’s more, the shadows on the page began to manifest in both Cal andAdrian’s lives, haunting them at night. In Season 2 Episode 11, Michaela andJared arrested three men on drug charges, and their shadows appeared to match thefigures haunting Cal and Adrian.

In “Call Sign”, the drug offenders escape custody, track down Michaela’s family, and abduct Cal as a means to lure his aunt into their grasp. The episode ends with the kidnappers contacting Michaela with demands.

Arethe criminals acting alone, or is there a malevolent force pulling strings? Fanscan only hope that there is a more satisfying story behind the shadows than justthree desperate criminals preying on a child.

One fan thinks they have it figured out. They tweeted, “Do you think the Major found out a way to control the Callings and sent the ‘three shadows’ to test that theory? And maybe they aren’t listening to her anymore and went off the rails?”

Read more: ‘Manifest’ Fans Are Peeved With NBC and They’re Tweeting All About it