The Battle of Winterfell will go down in the history books as the bloodiest and longest battle in the decade-long history of HBO's cultural phenomenon, Game of Thrones.

It can now add ratings record breaker to its list of achievements. 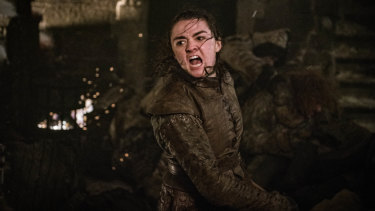 The episode has smashed its way to a ratings win in the US, with 17.4 million people watching the episode across the HBO main channel and its two streaming services, HBO Go and HBO Now.

The previous record holder – the premiere episode of the show's eighth and final season – was only on the top rung of the ratings ladder for two weeks.

Of its 17.4 million viewers, 12.02 million were watching the third episode of the final season, The Long Night, on the main HBO channel.

By comparison, the first episode of the season drew 11.8 million viewers to the main HBO channel, and 17.4 million across the main channel and the two HBO streaming platforms. 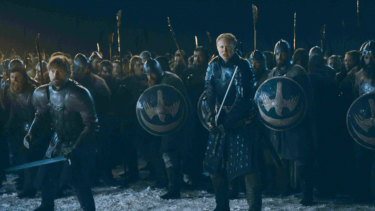 The highly anticipated Battle of Winterfell.Credit:HBO

The Long Night, which drew praise for its unprecedented battle sequence but also criticism for the decision to shoot most of the battle in semi-darkness, clocked in at 82 minutes in length.

In a break with past custom, HBO gave producers David Benioff and D.B. Weiss freedom to deliver the episodes of the final season at whatever length they needed; as a result the final six episodes range in duration from 54 to 82 minutes.

The series finale, scheduled for May 19, will be followed by a two-hour documentary titled Game of Thrones: The Last Watch, which will go behind the scenes of the filming of the final season.

The final season of Game of Thrones airs on Mondays at 11am on Foxtel.