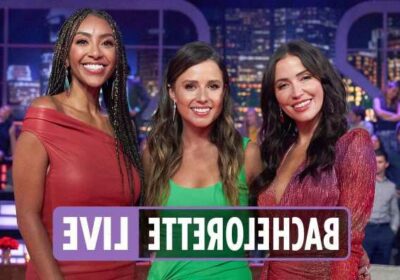 EPISODE eight of Katie Thurston's season of the Bachelorette features the 'Men Tell All' special.

A preview of tonight's episode revealed this season's villain Karl Smith getting grilled by the men for framing multiple contestants as clout-chasers.

In previous episodes, Karl was seen telling Katie that multiple men were there for the wrong reasons, leading Katie to suspect she was dating men who had bad intentions.

In the 'Men Tell All,' the men attempt to set the record straight. However, because Karl never gave Katie any names of which men he suspected, he was able to say that it was only Thomas Jacobs that he was talking about.

In a previous episode, Thomas had revealed that he was on the show in hopes of eventually becoming the next Bachelor.