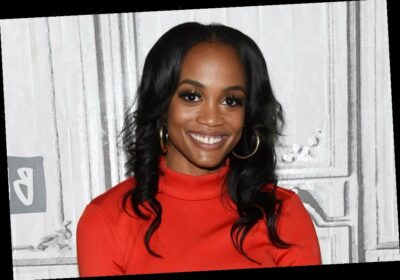 The Bachelorette alum Rachel Lindsay, who became the ABC reality franchise’s first Black lead, now says she won’t renew her Bachelor contract when it expires, as the fallout continues from a current Bachelor contestant’s controversial photos and host Chris Harrison’s response to them.

“I’m f–king tired. I’m exhausted. I have truly had enough,” Lindsay said on Friday’s episode of her Higher Learning podcast with Van Lathan. “How much more do I want to be affiliated with this?… I said I was gonna leave if they didn’t have leads of color. Okay, they did that, and they made some other changes. They hired a diversity consultant. Who didn’t attend the class? Did Chris Harrison not sit through that?… I can’t take it anymore. I’m contractually bound in some ways. But when it’s up, I am too.”

Lindsay is referring to an Extra interview she did with Harrison, during which they discussed recently surfaced photos of current contestant Rachael Kirkconnell — who’s vying for the heart of Matt James, the first Black Bachelor — attending an Antebellum party three years ago. (Because of the painful and racist history the pre-Civil War Antebellum South and slavery triggers, many have shunned romanticizing the era and its images.) In the interview, Harrison defended Kirkconnell’s reputation and lambasted what he called “cancel culture”: “This ‘judge, jury, executioner’ thing where people are just tearing this girl’s life apart and diving into her parents’ voting record… it’s unbelievably alarming to watch this.” 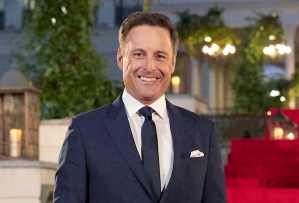 After serious backlash, Harrison issued an apology: “What I now realize I have done is cause harm by wrongly speaking in a manner that perpetuates racism, and for that I am so deeply sorry.” Lindsay says he apologized to her personally as well, “but I’m having a really, really hard time reasoning or, like, really taking in and accepting this apology.” She recalled that “during that conversation, he talked over me and at me… He never gave me room to talk. And he never gave me room to share my perspective. He wasn’t trying to hear it… I felt like he had an agenda that he was trying to push.”

Kirkconnell offered her own apology for the photos, acknowledging that her actions were “offensive and racist” and stating that “they are not acceptable or okay in any sense. I was ignorant, but my ignorance was racist.” She pledged to “put my energy towards preventing people from making the same offensive mistakes that I made in the first place.” This season’s other Bachelor contestants also released a joint statement, saying that “we are deeply disappointed and want to make it clear that we denounce any defense of racism,” adding that they stand with Lindsay, “we hear her, and we advocate for change alongside her.”

Lindsey, who made her Bachelor debut as a contestant on Nick Viall’s season, was later named the next star of The Bachelorette in 2017, becoming the first Black person to star in either edition of the long-running franchise, which debuted on ABC in 2002. She chose Bryan Abasolo as her season’s winner, and the two married in 2019. She’s made numerous appearances on Bachelor shows since, and currently hosts the Bachelor Happy Hour podcast with fellow alum Becca Kufrin.