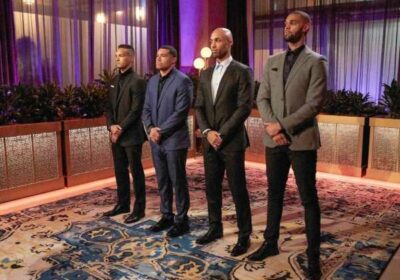 Fans can rest easy. A new episode of The Bachelorette Season 18 airs tonight, Nov. 30, on ABC. And be prepared to stock up on your favorite snacks and tissues because it promises to be as dramatic as ever.

Per ABC, the synopsis for week seven reads, “It’s hometowns week! In a fun twist this season, Michelle’s final four men are bringing their families to her in Minneapolis, Minnesota! Designed to show off some of the guys’ own hometown stories, their dates are filled with skateboarding, apple-picking, a romantic prom, and even a confession of falling in love.”

“With so much at stake and so little time left, Michelle knows that tonight’s breakup will be the most difficult of the journey so far, and after seeing some red flags, she begins to wonder if all of her men are ready for love. Just in time, Michelle gets a special visit from two of her best friends, Bri and Serena P., who come to her emotional rescue, helping her navigate the ultimate question — did meeting their families change everything?”

So, which men will Michelle be deciding between in tonight’s episode of The Bachelorette?

Which men are left in the competition for Michelle’s heart?

Nayte Olukoya, Joe Coleman, Rodney Matthews, and Brandon Jones are the four men currently competing for Michelle’s heart. And by the end of episode 7, only three men will remain.

As mentioned in the synopsis for tonight’s episode of The Bachelorette, all of the men’s hometown dates will happen in Minnesota. Michelle will meet their parents and loved ones and decide who she wants to continue her journey with.

Based on the preview for tonight’s episode of The Bachelorette Season 18, the mens’ families are going to cause drama. And it seems as though the most heartbreak may come from the date with Nayte.

In a few previews for week seven, we see Nayte’s dad telling Michelle that Nayte is not ready for an engagement yet. His father confides to Michelle, “I don’t want him to hurt himself or you.” Nayte’s mother also tells Michelle, “He’s never been in a relationship.” However, it feels as if there’s more to that conversation than the video reveals.

In the teaser, Michelle says, “I care about him so much. That’s what I’m struggling with.” The preview leads us to believe that she is talking about Nayte, but we will have to wait until the episode airs to see.