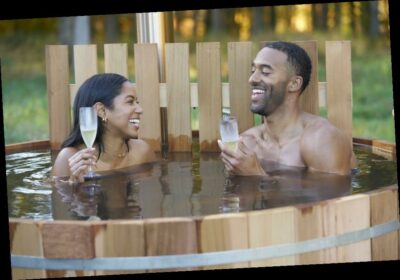 The Bachelor recently concluded its 25th season, with this one, in particular, being quite historic. With Matt James as the bachelor, it was the first time the show had ever had a Black bachelor lead the show.

Although season 25 was entertaining, the drama was overshadowed by racial controversy surrounding Rachael Kirkconnell, this season’s winner. The After the Final Rose ceremony that aired on March 15 resolved many of the questions that viewers had about James and Kirkconnell, but many wondered why the second runner-up, Bri Springs, was not present.

Springs expressed her feelings during a recent interview with Extra.

“I was extremely disappointed,” Springs said. “You know, I realized that there was probably a lot of content to digest between Matt and his conversations with Michelle and Rachel, and the announcement of two bachelorettes …”

Bri understood that the two other finalists needed time to get their closure with James, but she still felt her conversation with Emmanuel Acho was worthy of being seen by viewers.

“I can respect that each one of those women had the time that they needed to get closure and have those conversations, but yeah it was disappointing because I do feel like I had a great conversation with Emmanuel about my journey and I was able to kind of wrap it up all in a bow and I got good closure from it, and I wish people could have seen me reach that conclusion.”

Although Springs was disappointed, she also understood why other, more important conversations needed to be had during the After the Final Rose episode.

“I mean, to be honest, I think it’s just the fact that the conversations that took place took a lot longer than expected, and they were important conversations that needed to be had,” Springs said. “I’m sure we can agree that at the end we were happy to see that Rachel had the conversation with Emmanuel and with Matt. But yeah, it was still hard to not see the conclusion of my journey.”

Despite her disappointing finish on the show, Springs found her closure after she watched this season of The Bachelor at home.

“I do feel that watching it back, as odd as it sounds, gave me the closure that I needed to move forward,” Springs said. “I mean, I think it was very obvious to the audience where Matt’s heart was the entire time. And while I felt blindsided in that moment, watching it back it was like a ‘Oh,’ like a no-brainer to me. Him and Rachel were madly in love with each other and I was able to see it for exactly what it was.”