Home » 'The Bachelor': Chris Harrison Reveals the 'Work' He's Doing to Be Anti-Racist

'The Bachelor': Chris Harrison Reveals the 'Work' He's Doing to Be Anti-Racist 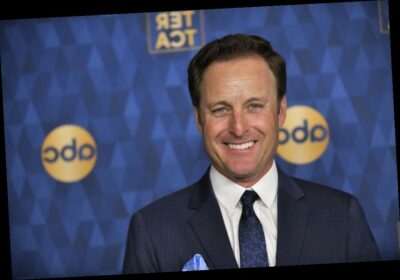 Chris Harrison’s future with The Bachelor franchise has been up in the air for weeks. After he received backlash for not denouncing plantation parties, he announced that he would be taking a break from the show. Now that Harrison wants to return, he has revealed all of the work that he has been doing to prepare to come back.

What did Chris Harrison do?

Recently, Harrison did an interview with former Bachelorette Rachel Lindsay. During the interview, Harrison defended contestant Rachael Kirkconnell’s attendance at an antebellum Old South party. After the interview was not well-received by fans, Harrison announced that he was taking a hiatus from filming.

“This historic season of ‘The Bachelor’ should not be marred or overshadowed by my mistakes or diminished by my actions,” he said in an  Instagram post. “To that end, I have consulted with Warner Bros. and ABC and will be stepping aside for a period of time and will not join for the After the Final Rose special.”

Is he returning to ‘The Bachelor’?

“I plan to be back and I want to be back. And I think this franchise can be an important beacon of change,” said Harrison. “I know that change is felt, not just by me, but by many others. And we are excited and willing to do the work to show that progress.”

“This interview is not the finish line,” he continued. “There is much more work to be done. And I am excited to be a part of that change.”

What has Chris Harrison been doing?

Harrison has been claiming that he is doing work to become anti-racist.

“I am an imperfect man, I made a mistake and I own that,” he said in the interview. “I believe that mistake doesn’t reflect who I am or what I stand for. I am committed to progress, not just for myself, also for the franchise. And this is a franchise that has been a part of my life for the better part of 20 years and I love it.”

He claimed that during his time off, he has been speaking with people to better understand race relations.

“I sought out leading scholars, teachers, faith leaders, people like Dr. Michael Eric Dyson, who I am so grateful for, and I’ve also been working closely with a race educator and strategist. I thank them all,” he said. “But Dr. Dyson often talks to me about council. Not cancel, and that is full accountability, understanding what you didn’t understand, owning that, learning from that, seeking counsel often in the community that you hurt, learning from them, listening, gaining experience, knowledge and moving forward.”

Harrison has yet to reveal when he plans to rejoin the franchise.