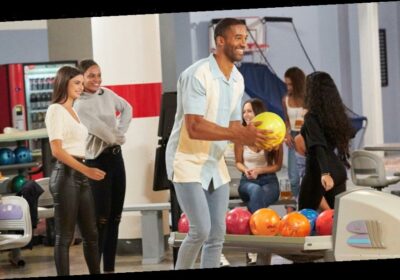 ABC’s The Bachelor won Monday’s primetime ratings race as Matt and his crew of potential brides-to-be bowled their way to a 1.3 in the adults 18-49 demographic and 5.23 million viewers. The two-hour episode was down a tenth in the demo from last week, but it was still enough to top the night in the demo.

The CW’s Black Lightning (0.2, 525,000) returned for its fourth and final season, nearly matching its numbers for the Season 3 finale. Lead-in All American (0.3, 819K) climbed a tenth in the demo from last week while seeing a jump in numbers. 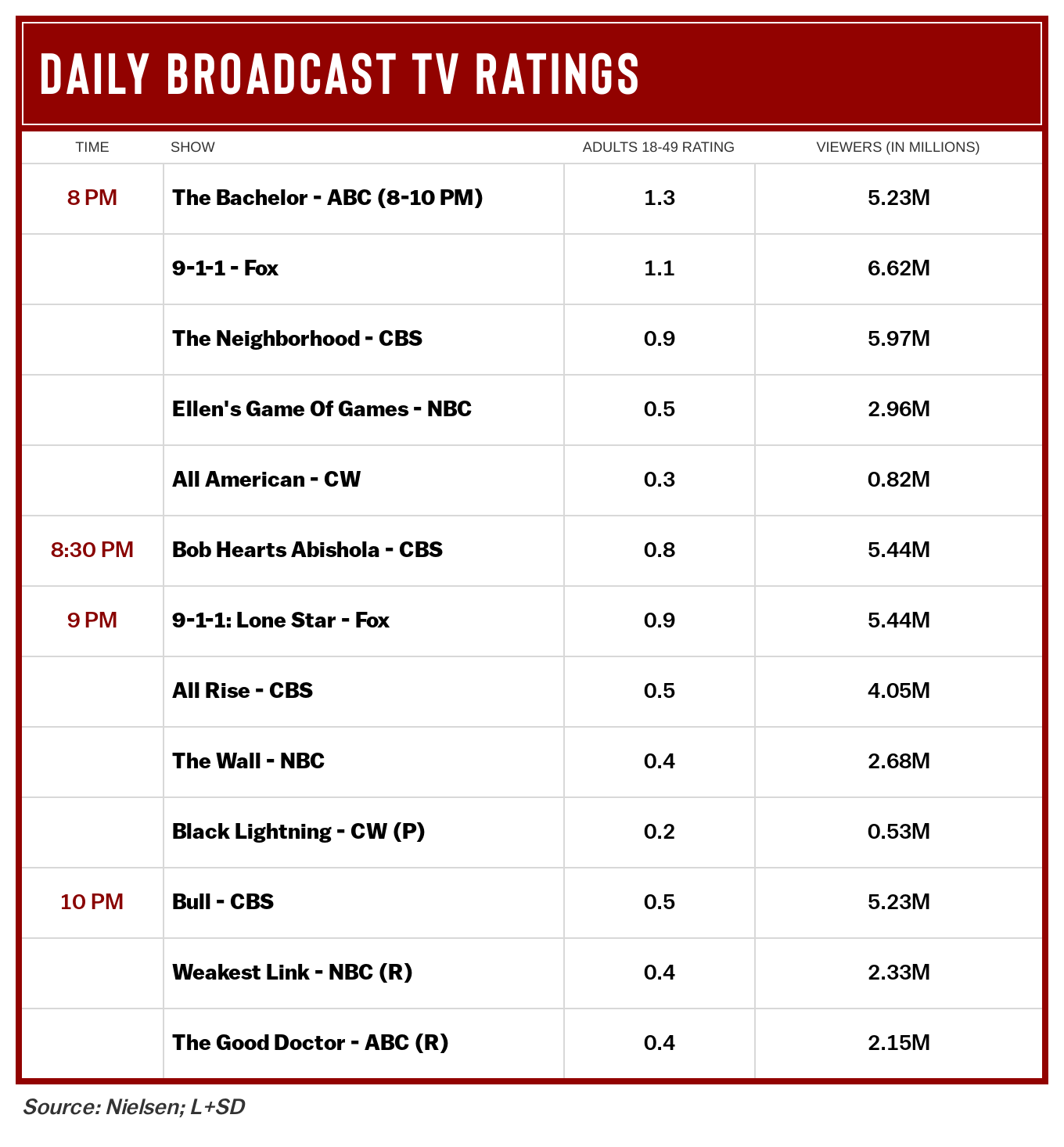