Home » TV & Movies » The 7 Most Surprising Takeaways From Netflix's 'White Hot: The Rise and Fall of Abercrombie & Fitch'

The 7 Most Surprising Takeaways From Netflix's 'White Hot: The Rise and Fall of Abercrombie & Fitch'

Netflix’s new documentary White Hot: The Rise and Fall of Abercrombie & Fitch may be hilarious when it is describing a shopping mall as “a search engine you can walk through” but the ’00s are once again on trial as the Netflix documentary digs deep into the brand that defined “cool kid” for a decade. Ready to cringe about how toxic Abercrombie culture was back in the day, even if you kind of knew it deep down? Fair warning: you’re gonna need an adult beverage to make it through this trip down memory lane.

Some things are not all that surprising. You probably put together back in LFO times that Abercrombie & Fitch’s stores were purposefully dark, loud, and oppressively fragrant. It doesn’t take much convincing to see that their hiring process was racist and the “exclusive” and “all American” look they perpetuated was overwhelmingly white, cis-gendered, and thin. It’s even not a shock to learn that staff was told what to wear down to their underwear when you consider that said underwear was probably partially on display. This was a time when bra straps and low waists were the goal.

But the documentary still manages to reveal some things. Here’s what I learned.

There was a magic formula to Abercrombie’s success

In White Hot, former employees described the way they perceived the brand. According to the documentary, the specifics that define what is and is not the brand are pretty wild, too. Anyone who rolled into high school in the ’00s knew the popular kids drove Jeeps…but I’m gonna be thinking about what was “not Abercrombie” about poodles for the rest of the day. 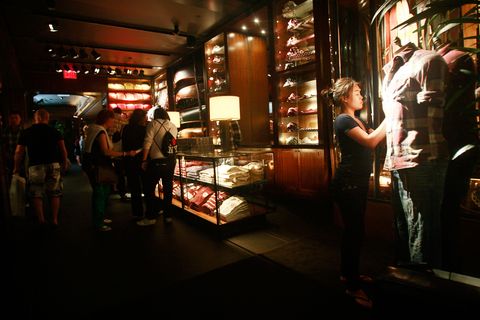 Thank God, I wasn’t just a loser. The stores were engaging in professional negging!

Lacrosse was considered an “unconventional” sport

This isn’t a big reveal, it’s just funny when one of the persons interviewed says that Abercrombie & Fitch catered to white guys that played unconventional sports like lacrosse… which seems true, when you think about it. But also, maybe that’s on me. I grew up putting Abercrombie guys on a pedestal. Even though I wasn’t in their country club world, lacrosse seemed normal enough to me. 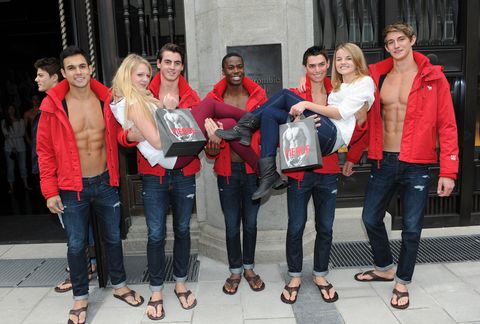 So many celebrities used to be A&F models

Part of becoming woke—genuinely woke, not whatever Fox News is calling “woke” these days—is realizing that, as a privileged person, racism may have gone right over your head in the past. That’s just something many of us have to recognize and deal with in our lives. So while I remember the backlash surrounding Abercrombie & Fitch’s racist graphic tees, I know I don’t remember Fey making this racist joke on SNL. It is, sadly, a good example of how prevalent microaggressions and casual racism were in the ’00s.

I have not stepped inside Abercrombie & Fitch since at least 2010 if not earlier. I grew up. I moved on with my life. I released any hope or desire to be one of the “cool kids” targeted by brands like Abercrombie & Fitch. So it’s news to me that they have since rebranded with a commitment to diversity and inclusion.

In response to Netflix’s documentary, this is what the brand said in a statement:

Good luck to them!