Refresh for updates: Warner Bros. and Sony have unveiled their box office numbers for all the world, and town, to finally see this weekend with respectively Tenet counting a running domestic box office gross to date of $29.5M domestic and $200M+ WW, and Tri-Star’s The Broken Hearts Gallery opening to  $1.125M stateside at 2,204 theaters in 4th place.

Good news for the Christopher Nolan movie which was saddled by a B Cinemascore last weekend, and a PostTrak of 79% overall positive, with a 49% definite recommend: Comscore/Screen Engine PostTrak exits went up to 80% and a 65% definite recommend, the latter a tad higher than Dunkirk at 63%. That’s very good for word out mouth. RelishMix shows social media sentiment largely leaning positive.

Interestingly enough Los Angeles, which remains largely closed, was the top market for Tenet, with the Nolan time-travel noir seeing a big bounce from Orange County’s reopening, and the top two locations for the pic being the AMC OC, the Regal at the Irvine Spectrum, and in the 4th highest location being the Paramount Drive-in Los Angeles. It just show how powerful the market is for a movie like this. Third highest venue for Tenet was the AMC Tyson Corners in McLean, VA and the 5th best was the AMC Pembroke Lakes in Florida.

The top 10 DMA markets for Tenet were Los Angeles (Orange County), Dallas, Chicago, Salt Lake City, Phoenix, Toronto, Greater New York (New Jersey and Connecticut powering that DMA as NYC is, again, closed), Houston, Atlanta and San Diego. Premium tickets from Imax and Dolby are providing Tenet with its juice. Tenet made $725k at 290 Imax auditoriums (the movie was shot in the format), repping a 34% dip from last weekend’s FSS total despite the lack of a Monday holiday this week to boost the Sunday grosses. Imax running stateside cume on the Nolan movie is $3.8M, 13% of the pic’s overall domestic box office. 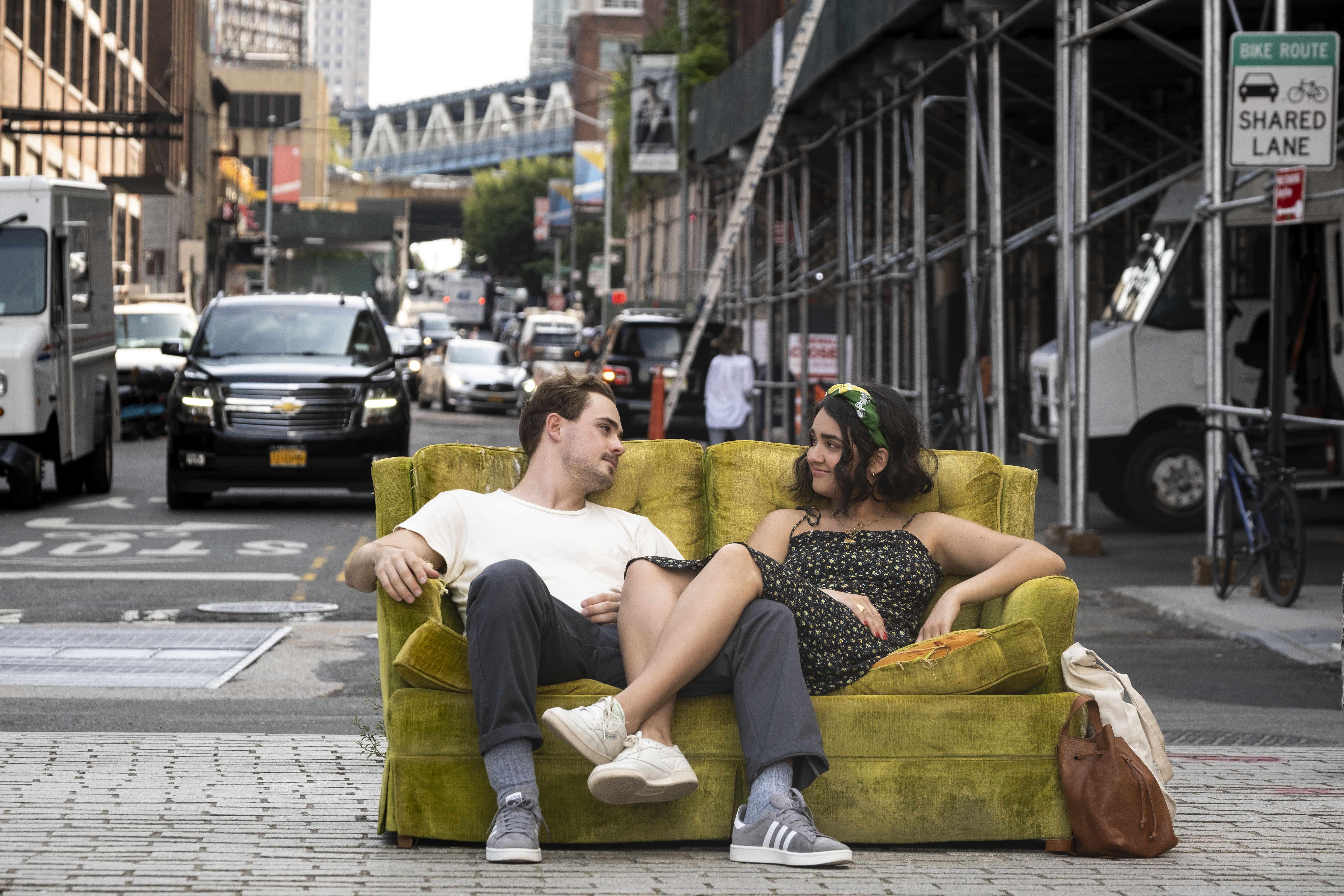 Los Angeles was also the top market for Broken Hearts Gallery, speaking to the continued power of drive-ins and the coastal market (Orange County also fueling LA DMA grosses). Dallas, Phoenix, Toronto and Chicago were the respective No. 2-5 markets for the Natalie Krinsky-directed-written and executive produced indie rom-com that Sony acquired at an estimated cost of $8M. Overall, a low-risk value proposition for Sony in the current marketplace, the studio having moved close to most of its 2020 releases into 2021. Friday with previews was $422K, Saturday was $433K +3%, and Sunday came in at $270K. Cinemascore was a B, but PostTrak showed 4 stars and 77% in the top two boxes. Females led at 75%, with 50% under 25. Sony is hoping for a near 5x multiple akin to Roadside Attractions’ YA movie Words on Bathroom Walls, which opened at $432K, and now counts $1.95M after five weekends. This past weekend on that film coming in at $241K at 1,003 theaters, -32%. 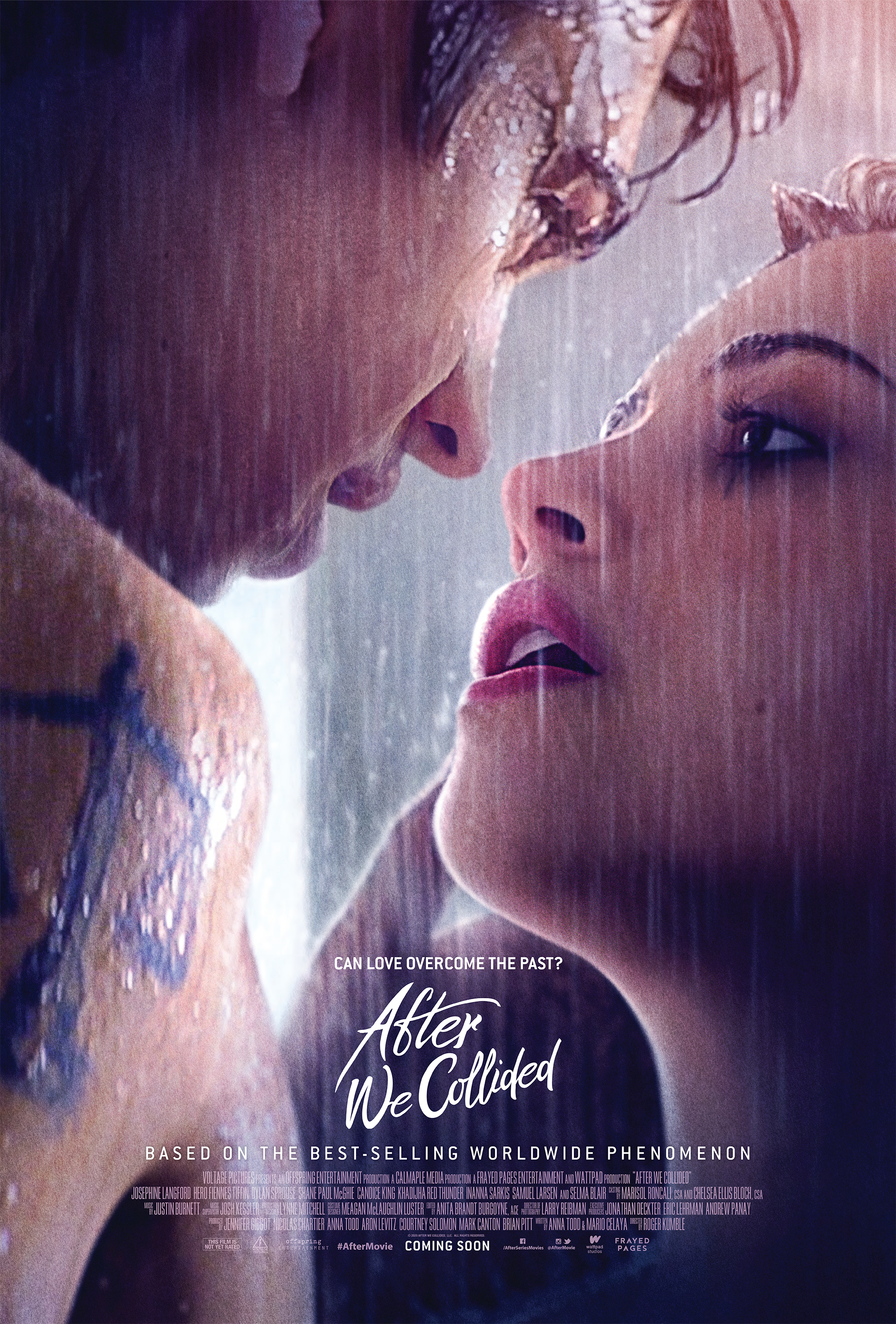 Voltage’s YA movie After We Collided opened in Canada before U.S. (where Open Road has it for a theatrical-VOD debut on Oct. 23) making $C690K over 3-days in 290 venues, a 30% uptick over the first movie’s opening last year which was $C590K. That translates into U.S. $525K for a 5th place rank on the domestic B.O. chart. That’s a great result for the Anna Todd-penned sequel considering the first movie benefited from debuting in sync with U.S., and that the sequel is playing to limited auditorium capacity. After We Collided opened in No. 1 last weekend in Italy. Nancy will have an update soon. Before Friday, the sequel had $10.2M abroad. Broken out After We Collided grossed $340K, including $100K in previews, repping distributor VVS best preview day ever. Saturday pulled in $200K and Sunday is estimated at $150K.

No. 3 belongs to Solstice Studios’ Unhinged in weekend 5, at 2,365 (-37) which earned $1.5M for a running cume of $13.8M. Drive-ins on Saturday are still prevailing for the Russell Crowe movie with top locations being the Five and Stardust in Toronto, the Vineland in LA, Cine-Parc Eustache in Toronto DMA, and the Starlight in Cincinnati.

Again, nothing above is amazing as we know, but how do you create momentum in a fractured marketplace without product? What this also shows is how LA, NYC and San Francisco remain the drivers of box office sentiment and force. This is what it looks like when we don’t have those cities, and 30% of the exhibition marketplace remains closed. Warners said they always knew domestic was going to be slow given how the marketplace is lagging behind other foreign markets. With COVID-19 under control in a number of key territories, like China, moviegoers simply feel comfortable about returning to the movies, a diagnostic that’s not completely perfect here in the U.S.

Meanwhile over in China, and Nancy will have more on this, Mulan opened to No. 1 with $23.2M, not very strong in light of what the marketplace has been doing, and the feature caught in a U.S.-China PR political cross hairs. Overall weekend was $29.1M and running offshore total is $37.6M.