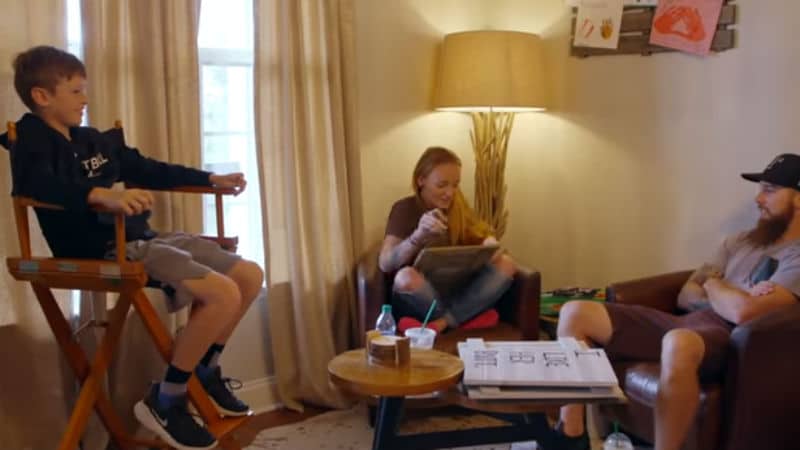 Teen Mom OG airs a brand new episode tonight and with that comes news of a new arrival.

Back in October, Mackenzie Standifer welcomed her son while her husband, Ryan Edwards, was away completing a 90-day rehab stint. The two have decided not to film the show anymore but that doesn’t mean that viewers won’t get information on the couple.

In a sneak peek for tonight’s Teen Mom OG, Bentley is shown coming home from visiting Jen and Larry Edwards. When he gets inside, he spills the beans to Maci Bookout and Taylor McKinney about his new little brother.

Bentley tells his mom and step-dad how much the baby weighed and how long he was. In fact, the newest little boy was exactly the same length as his big brother when he was born.

There wasn’t too much poking and prodding about the baby, but there was enough that viewers got some information on the new bundle of joy.

Back in October, Mackenzie Standifer welcomed her little boy. Ryan Edwards was in rehab when his new son was born, though that was reportedly backed by his wife. Despite giving birth without him around, Standifer appears to be doing well easing into motherhood.

The newest little Edwards baby is named Jagger. There has not been a full photo of the child released as Mackenzie Standifer has only shared pictures of him with items covering his face.

So much fun with my snuggly baby bear today in NYC!

It looks like she wants to keep her family to herself a little while longer, which is understandable given the negative reactions and comments she endured while pregnant.

Several months ago, it was revealed that Ryan Edwards and Mackenzie Standifer had opted out of filming Teen Mom OG. She has appeared on the show this season while still pregnant briefly, but it doesn’t look like that will happen moving forward.

After footage surfaced of the couple driving to their quickie wedding while Ryan appeared to be under the influence of drugs, things went downhill quickly.

There were several denials about Ryan Edwards’ drug problems spanning seasons of Teen Mom OG. After receiving help and leaving treatment the first time, more problems followed the reality star. He was recently released from his completed 90-day program and it looks like everything is getting settled.