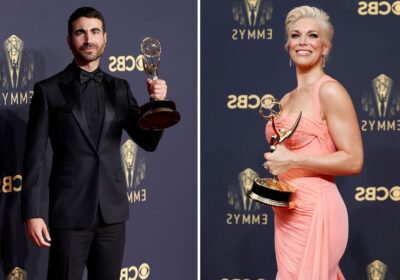 It was the first Emmy nomination and win for both stars as Ted Lasso was up for a record-breaking 20 awards on TV's night of nights. 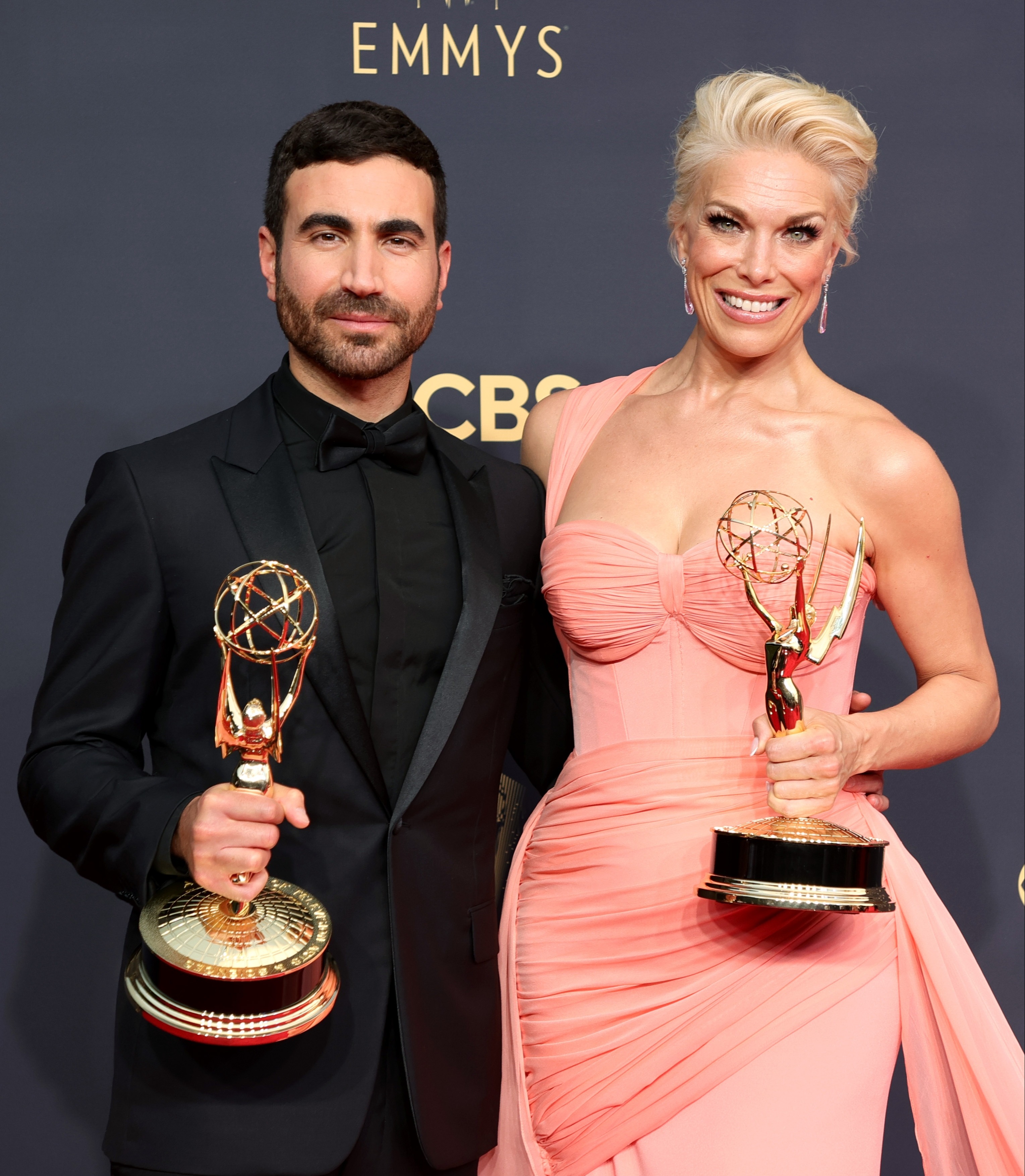 Brett, 41, who is also a write on the show, plays the surly football star Roy Kent on the Apple+ comedy about a US NFL coach (Lasso) hired to train fictional Premier League footie team AFC Richmond.

He picked up the Emmy for Outstanding Supporting Actor in a Comedy Series beating out many of his co-stars, Brendan Hunt (Coach Beard), Nick Mohammed (Nathan) and Jeremy Swift (Higgins), and other nominees Paul Reiser (The Kominsky Method) and Hacks' Carl Clemon-Hopkins.

Much like his foul-mouthed character, some of Brett's speech had to be bleeped thanks to his colourful language.

“I was very, very specifically told I’m not allowed to swear, so this speech is going to be f***ing short,” he told the crowd.

After thanking his family and colleagues, Brett added: "It has been one of the greatest honours, privileges, and privileges — I just said that twice — double privilege! It’s the most privileged privilege and pleasures of my life.”

She won. the Emmy for Outstanding Supporting Actress in a Comedy Series for her work as Richmond owner, Rebecca Welton, whose redemptive arc saw her trying to sink the club she won in the divorce from her ex-husband.

In her speech she thanked Ted Lasso star, co-creator and writer Jason Sudeikis for the opportunity to play Rebecca.

“Jason, you changed my life with this and more importantly my baby girl’s,” she said.

“I’m honestly so privileged to work with you. I really am.”

Hannah also thanked co-star Juno Temple who plays Keeley Jones, saying “if I could break one [of the statuette’s] arms” she would share it with the actress.

“There is no Rebecca without Keeley,” Hannah added.

Jason himself won big on the night picking up the Emmy for Outstanding Actor in a Comedy Series.

“I would say his show is about family,” he started his speech.

It was a great night overall for Ted Lasso which also picked up the prestigious award for Outstanding Comedy Series. 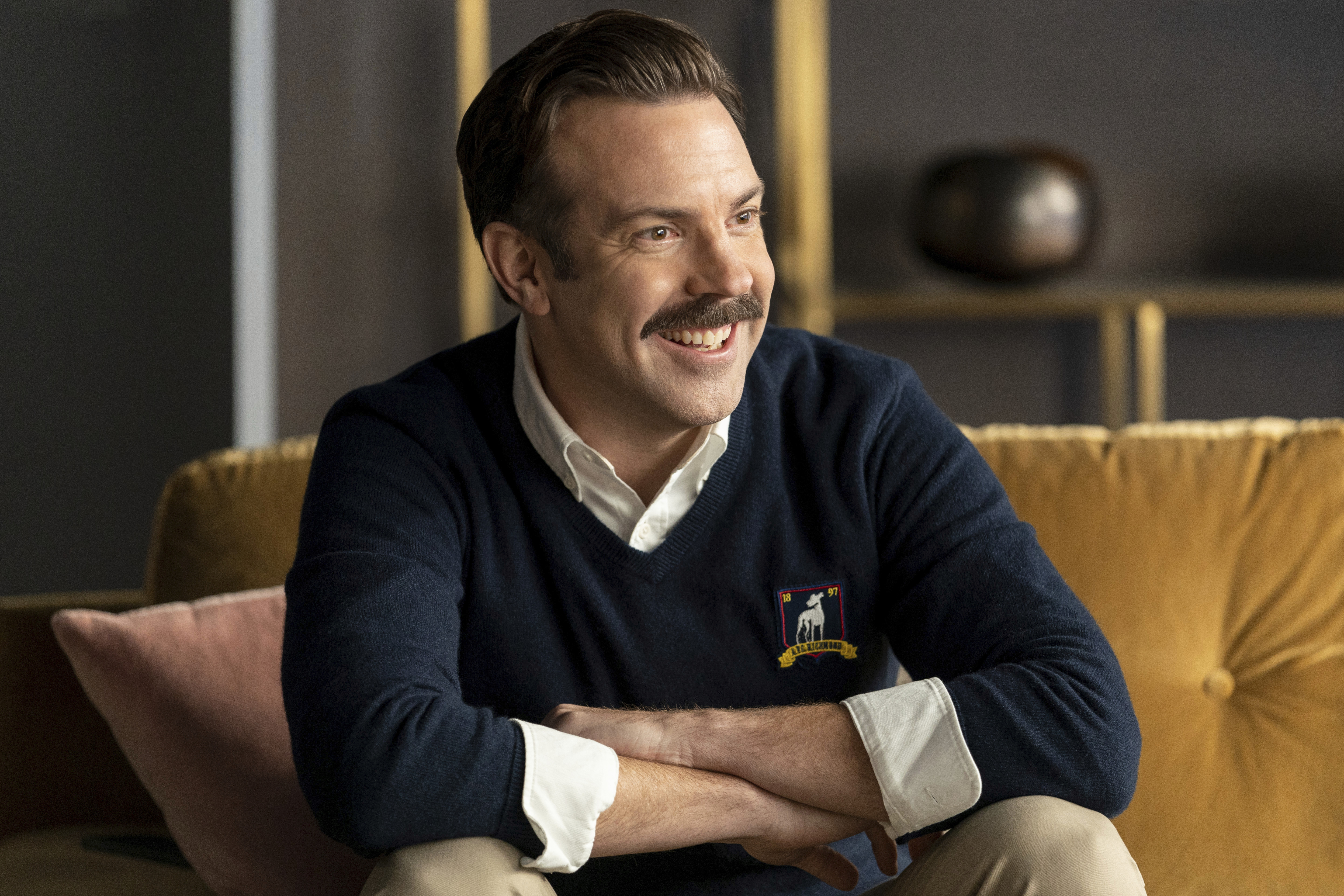 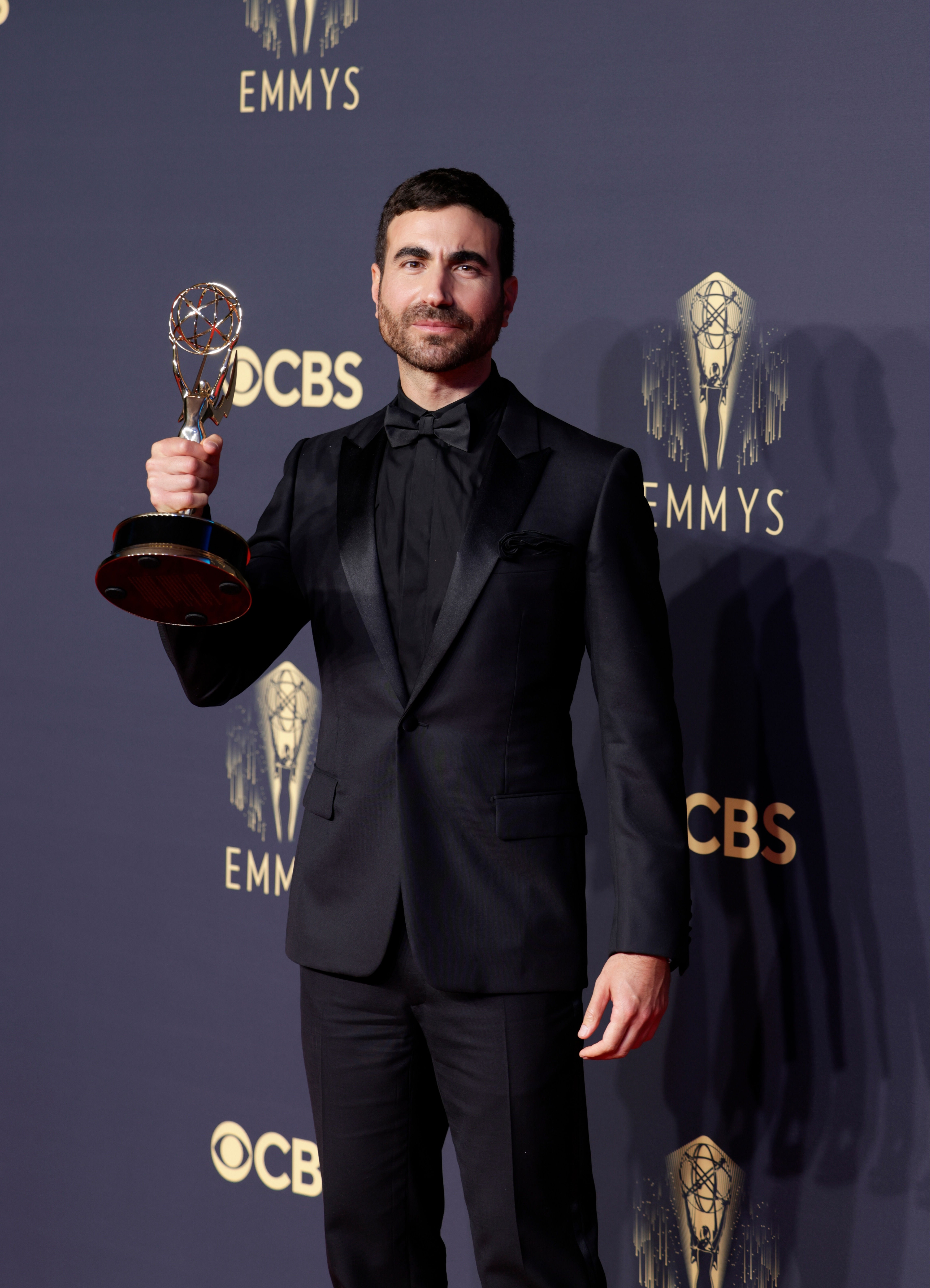 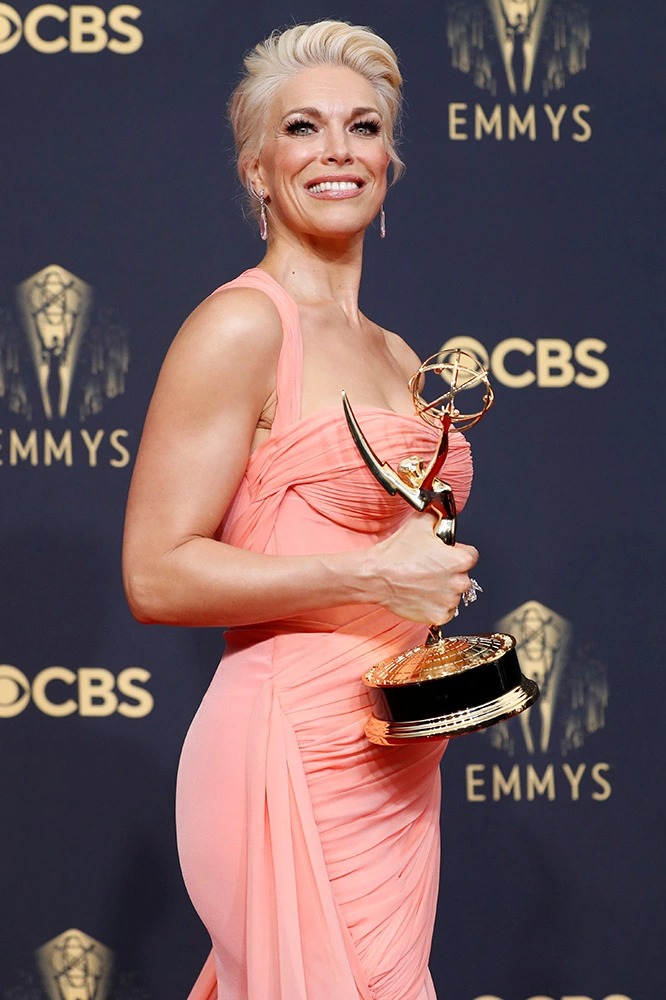 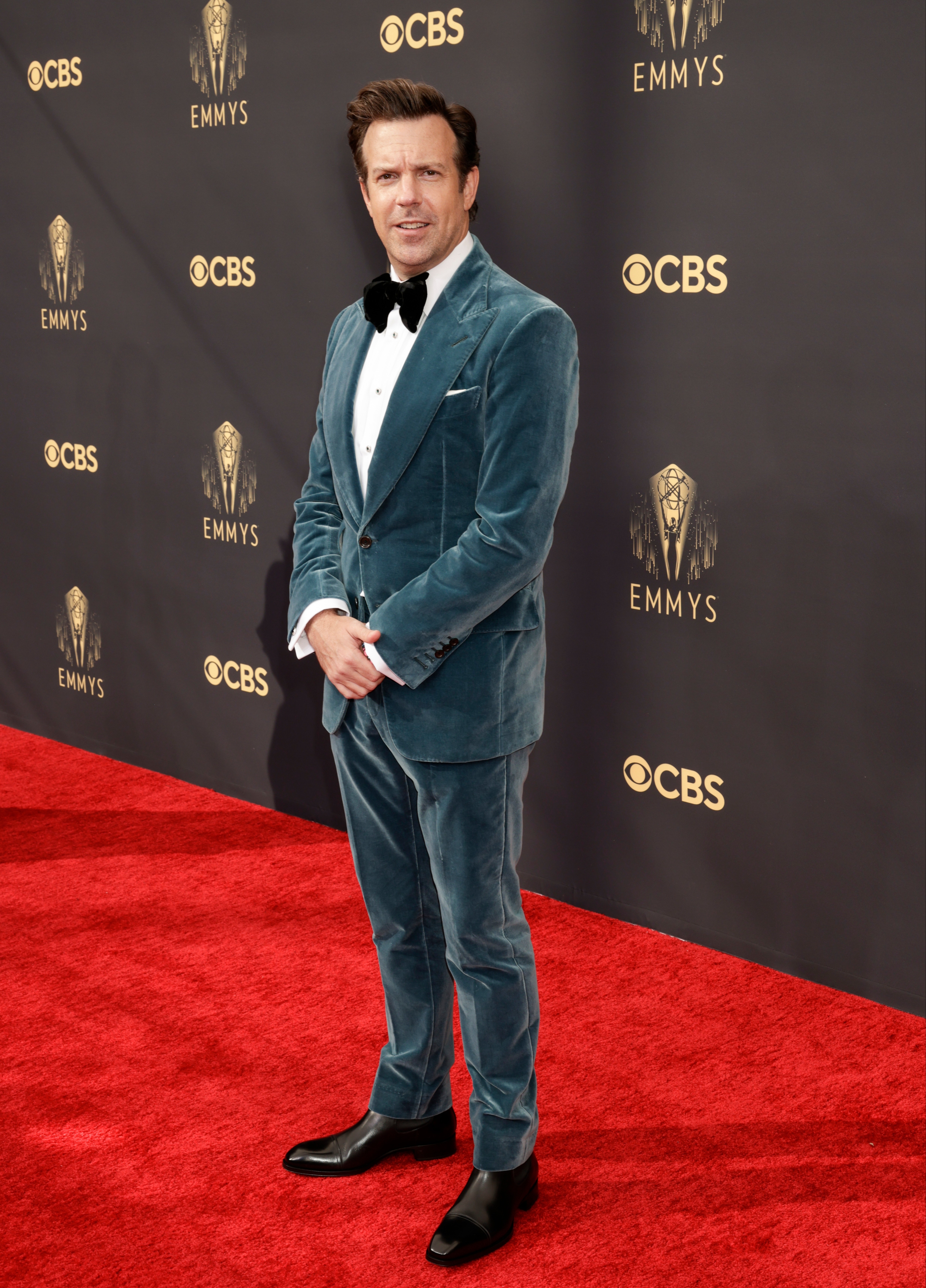 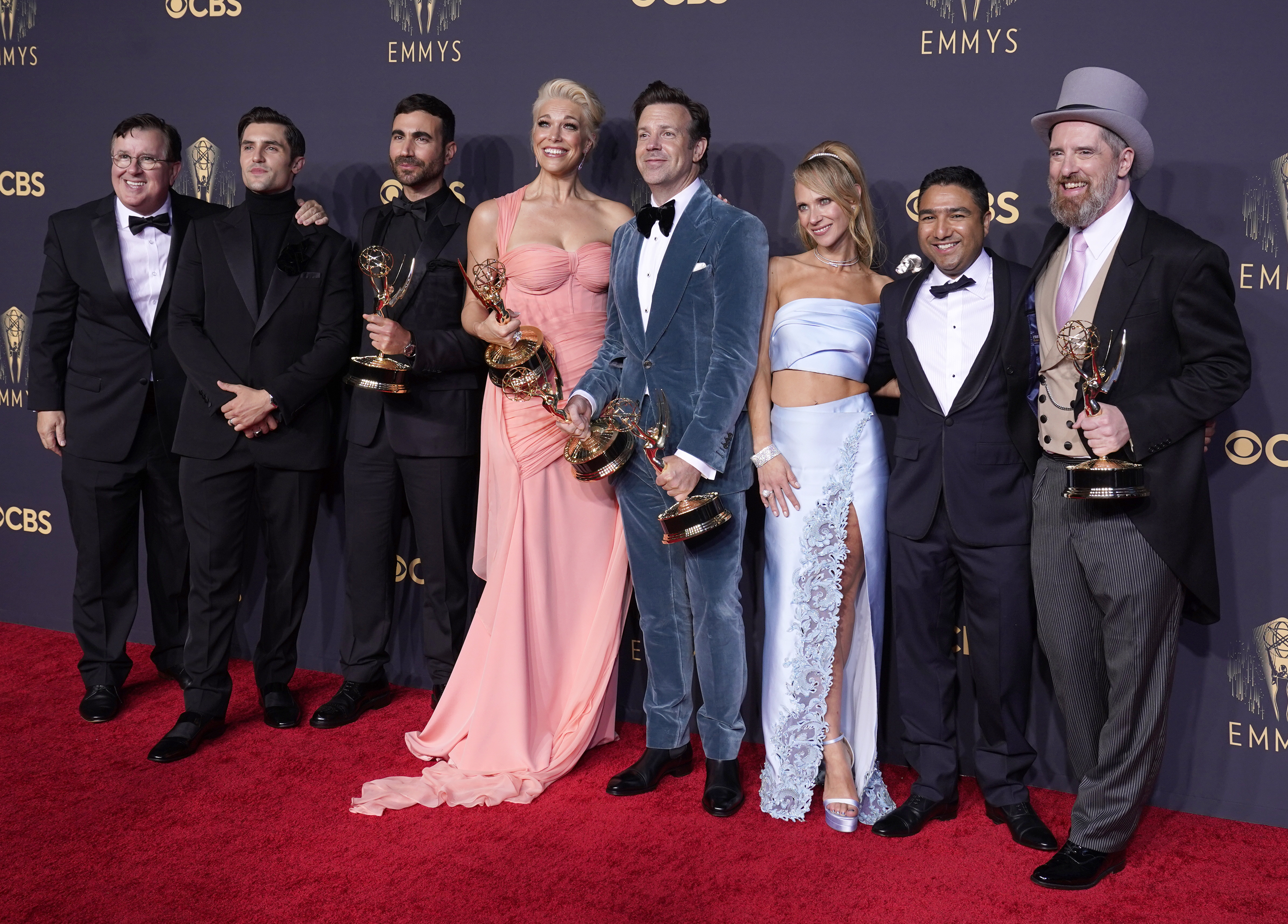