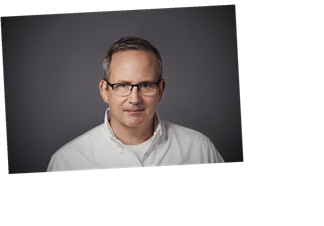 Ted Hope, who led Amazon’s successful transition into feature film production and distribution, has found his newest title: Professor. Hope announced today that he will join Arizona State University’s Thunderbird School of Global Management as the marquee professor of practice in the new Master of Arts in Global Affairs and Management in the Creative Industries (MGCI). Powered by Thunderbird, the MGCI is a collaborative effort between two ASU colleges, linked together through The Sidney Poitier New American Film School. Hope had already teased some of his post-Amazon Movies projects with IndieWire’s Eric Kohn and Anne Thompson on the Screen Talk podcast last fall.

The unique graduate degree program will begin in the 2021 fall semester in downtown Los Angeles at the ASU California Center in the historic Herald Examiner building. The MGCI is designed for learners interested in pursuing global leadership and management careers in entertainment, film/television/new media, music, VR/XR/MR, gaming, design, dance, fashion, theatre, sports, themed entertainment and the arts. The program is both for managers who want to learn creative competencies and for creatives seeking management expertise.

“The evolution of the creative industries continues to move on a seismic scale, requiring new outlooks, practices and processes, and on an increasingly more urgent basis,” said Hope. “The various creative communities I have been fortunate to be part of over these three decades in the film business have guided and mentored me in profound ways, inspiring me to do the same for others.”

As a professor, Hope will share his 30-plus years of experience directly with students, tapping his expertise in development, production, and executive stewardship along with a distinct inner-working knowledge of streaming services and the entertainment industry as a whole.

During his tenure as Co-Head of Amazon Movies, Hope oversaw Oscar-winning films “Manchester by the Sea”, and “The Salesman”, as well as two of this year’s Academy Award nominated features: “Sound of Metal” and “Time.” He is recognized for producing over 70 independent films over the last few decades, and currently has multiple new film releases in production, including “Tender Bar” starring Ben Affleck, Tye Sheridan, and Lily Rabe and directed by George Clooney.

“Thunderbird, Herberger Institute, ASU and I share the same mission to not just always be learning and innovating but to make sure we measure ourselves on how inclusive we can be. Big change is coming and we are all going to be better prepared for it,” Hope said. “I thought I had big ideas, but Thunderbird’s dwarf mine, yet together I think we will spark a bonfire of opportunity. Watch this space!”