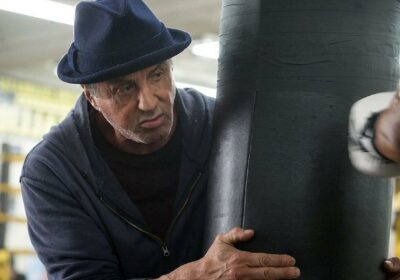 The Rocky Balboa depicter believes he ‘could do a lot better’ with the fourth ‘Rocky’ movie which he directed, wrote, and fronted more than three decades ago.

AceShowbiz –Sylvester Stallone has released a director’s cut of “Rocky IV” because he wanted to “repair” the movie.

The Hollywood star – who directed, wrote and played the title character Rocky Balboa in the original 1985 film – used some of his time amid the coronavirus pandemic quarantine to reassess his filmography, and believed he “could do a lot better” with the boxing movie.

Speaking at a screening of “Rocky IV: Rocky Vs. Drago – The Ultimate Director’s Cut“, he told Entertainment Tonight, “With COVID, I had about a year. And I thought, if there’s any film I’d like to repair – and there are some that are beyond repair – I thought I could do a lot better on Rocky IV.”

The original theatrical release – which came out almost 36 years ago to the day – ran for 92 minutes.

According to Polygon, Stallone added 42 minutes to the new director’s cut but the total run time is 93 minutes so it is thought roughly half of the movie is different.

The Rambo star explained, “I realised I had a lot of footage I never used! I looked at it and thought, ‘What is wrong with me?’ “

He attributed the change in “perspective” as a part of getting older.

The “Demolition Man” star said, “It’s funny how you grow and you live long enough you change your perspective.”

Taking to Instagram, he said, “For the 35th anniversary Rock 4 is getting a new DIRECTORS cut by me.”

“So far it looks great. Soulful.. Thank you MGM For this opportunity to entertain. (sic)”