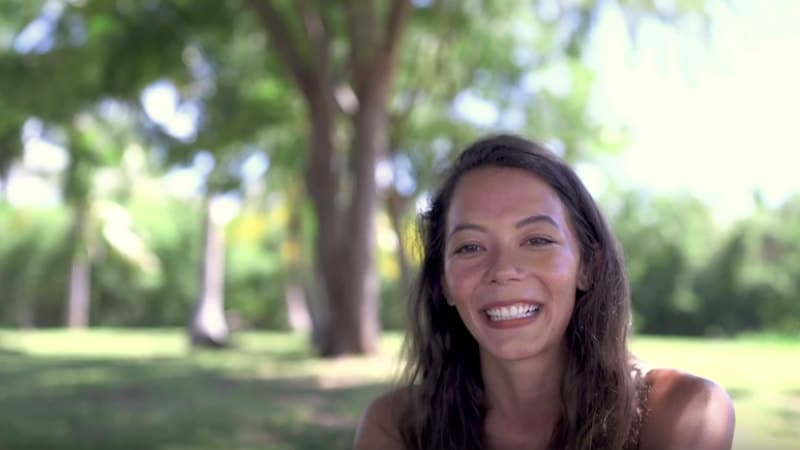 In Survivor: David vs. Goliath episode 12, the castaways were reunited with their loved ones and Gabby attempted to blindside Christian. Christian Hubicki played an idol on himself and Gabby was sent to the jury with Mike and Angelina’s votes after making her biggest move in the game.

In Survivor Ponderosa, Gabby Pascuzzi talked about her attempt to blindside her closest ally in the game.

During the episode, when Gabby saw Christian embrace his girlfriend Elizabeth and she repeatedly uttered “true love.” Gabby says that it made her realize that she has to separate herself from him and make an impression on the jury.

“I can’t let myself get lured into that sense of security, like ‘Oh, Christian’s looking out for me. Christian’s got my back.’ I need to play for me.”

Many Survivor fans took to Twitter to express their opinion on Gabby’s motive to blindside Christian and it had a lot to do with his girlfriend.

Gabby: I feel like it’s time to get rid of a big threat and make a move in my game #Survivor

In the Ponderosa episode, Gabby stated that she had to get rid of her number one ally in Christian, who is also the biggest threat in the game. She did not mention his girlfriend as a factor in her decision.

Gabby told the Ponderosa castaways that she was behind the blindside and she stated that their reactions convinced her that had she been successful, it would have made a positive impression on the jury.

Davie warned Christain about the impending blindside to further shield himself behind castaways who are perceived as big threats.

In the next episode of Survivor, can Christian continue to find a way to outwit, outplay and outlast?