Home » Superhero Bits: 'Marvel's What If…?' Release Window, "Agatha All Along" Almost Had a Different Title & More

Superhero Bits: 'Marvel's What If…?' Release Window, "Agatha All Along" Almost Had a Different Title & More 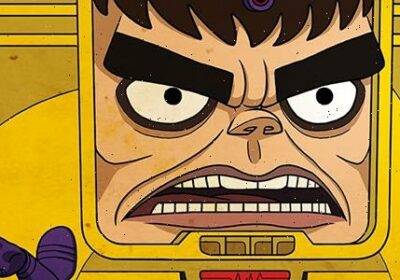 Want to take a look back at the history of Deadpool and Cable in Marvel Comics? Will more X-Men characters come to MODOK if a second season is ordered? What month will Marvel’s What If…? arrive on Disney+? What was the alternate title for Agatha‘s song in WandaVision? When will James Gunn‘s new Peacemaker series arrive on HBO Max? All that and more in this edition of Superhero Bits.

Marvel Comics looks at the history of Deadpool and Cable to celebrate this year’s Nerdy 30th Anniversary.

Here’s a quick trailer for the upcoming second season of Stargirl, which is already renewed for season three.

TNT is airing a catch-up marathon of The CW’s Superman & Lois with the first five episodes on Saturday.

Marvel and Hulu made a little set of digital trading cards to promote the arrival of the new MODOK series.

The Falcon and The Winter Soldier topped Nielsen ratings with the fifth episode of the first season.