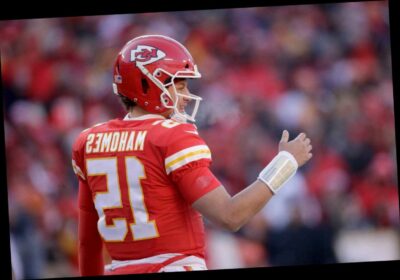 Products featured are independently selected by our editorial team and we may earn a commission from purchases made from our links; the retailer may also receive certain auditable data for accounting purposes.

It all comes down to this: After a season of unpredictable swings and shifts (and a few questionable calls) the 2020/2021 NFL campaign reaches its finale this month with the Tampa Bay Buccaneers taking on the Kansas City Chiefs at Super Bowl LV in Tampa, Florida.

Patrick Mahomes looks to repeat as Super Bowl champ with the Chiefs, while Tom Brady will be making his tenth Super Bowl appearance, and looking for his seventh win (and his first since joining the Bucs this year).

Where is the Super Bowl Taking Place?

Super Bowl 2021 takes place inside Raymond James Stadium in Tampa, making the Buccaneers the first team to play for the Super Bowl at home. Of course, the NFL determines the location of each year’s Super Bowl game prior to the season starting; the fact that the Bucs made it to the final is just that much sweeter for their hometown fans.

How to Watch the Super Bowl From Home

There are a couple of ways that you can watch the Super Bowl live from home. You can either stream Super Bowl 2021 live on CBS, or watch it on TV with a conventional cable package or decent antenna. Here’s what you need to know.

1. Watch the Super Bowl on CBS With Cable

CBS is the exclusive home to Super Bowl LV (a.k.a. CBS is the Super Bowl channel this year). If you have cable, you’ll be able to watch the game on your local CBS affiliate. Don’t have a current cable package? Verizon has a couple of good TV packages available right now, which will get you access to the big game. See all Verizon cable TV deals here.

2. Stream the Super Bowl on CBS.com

3. Watch the Super Bowl on CBS With a Digital Antenna

Prefer the old-school way of watching the game but too cheap to sign up for cable? Grab this $30 indoor antenna from Amazon, which will pick up your local CBS affiliate (and most other major networks) for free. This super slim model has almost all 5-star reviews online and delivers 1080p HD reception with up to 200 miles of range. In other words: you’re getting a decent picture quality and your connection won’t die out on you midway through a big play.

And yes, you’re watching TV with an antenna, but this discreet indoor version is still way better than that giant pole or dish you used to set up on your window or roof outside. 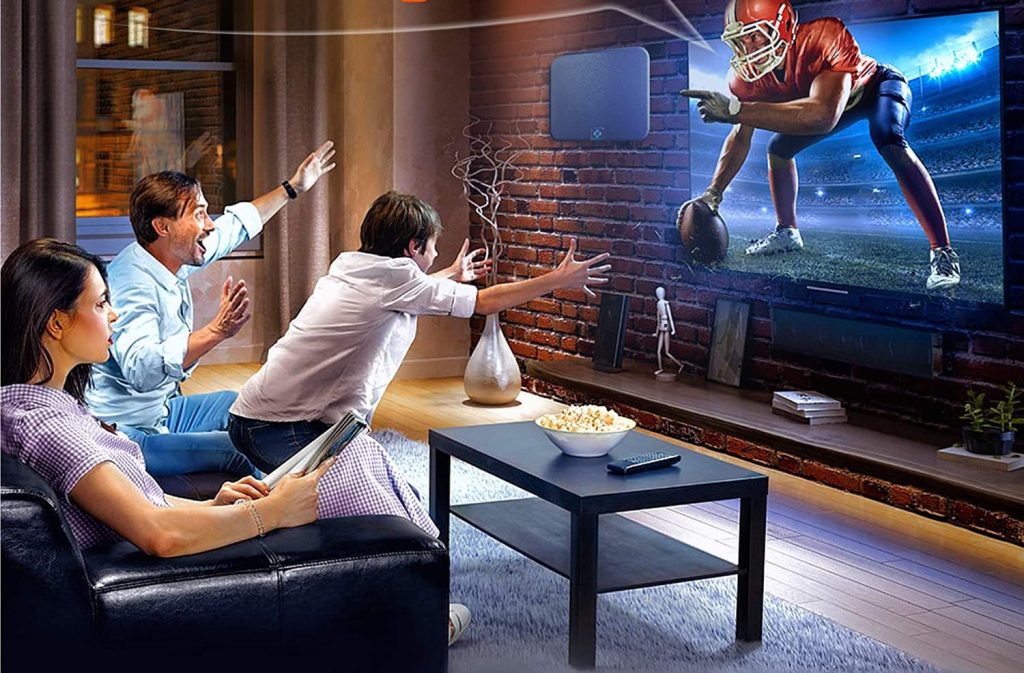 Amazon Prime members can order the antenna now and get it delivered in time for Sunday (not a Prime member? Get a 30-day free trial here).

Can You Watch the Super Bowl In Person?

The coronavirus limited live in-person attendance at most NFL games this season, and Covid concerns will also limit the number of people who will be able to watch the Super Bowl in person.

The NFL has made approximately 22,000 tickets available for Super Bowl LV in Tampa. The league has already set aside 7,500 seats for vaccinated health care workers, with another 14,500 tickets up for grabs for the general public.

If you’re looking for tickets to catch the game in person, we’ve spotted decent seats still available through sites like StubHub and Vivid Seats. Be prepared to shell out to see the game in person though – as of this writing, the average price of a Super Bowl ticket is $7000.

Tampa’s Raymond James Stadium has a regular capacity of 65,980, meaning the stadium will be just over one-third full for the big game.

As previously announced, The Weeknd will headline this year’s Super Bowl Halftime Show, while Jazmine Sullivan and Eric Church will team up to sing the National Anthem. The NFL has also announced that H.E.R. will perform “America the Beautiful” during the Super Bowl LV pre-game show.