Sundance Announces 2022 Festival Details, Including Plans for Both Virtual and In-Person Options 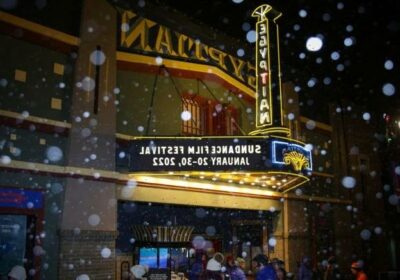 After launching an ambitious — and quite popular — hybrid festival for its 2021 edition, the Sundance Film Festival is preparing for a slightly more traditional event in 2022. As announced earlier this year, online screenings will still take place in 2022 — the festival is running January 20 through 30 — but Park City is readying to mount a larger in-person event as well. The Sundance Institute announced today several key aspects of how the 2022 festival will take place, both in-person and online, including further details on Satellite Screen partners and locations, ticket package details and on-sale dates, plus further elaboration of its earlier health and safety guidelines.

“Our programming team, led by the fearless Kim Yutani, is deep into screening the mountain of submissions we have already received this year,” said Festival Director Tabitha Jackson in an official statement. “As our press and industry offices open in preparation for the next edition of our festival we are excited to share what details we can today, anticipate sharing more as we know more, and can’t wait to meet audiences wherever they are, including in Utah, in January.”

As was announced in August, all attendees are required to be fully vaccinated against COVID-19. Today’s announcement adds that all vaccinations must be completed at least two weeks prior to traveling to the festival. Further information on how to provide proof of vaccination will be provided closer to the festival. Additionally, the festival will require that masks are worn at all times in interior spaces and in queuing lines (including outdoor areas such as tents, restrooms, and temporary structures).

Additionally, the Festival platform is now live, and will serve as a home base where audiences can buy tickets, explore the program, watch films, and other content online, and engage with the community. The platform includes a preview of all of this year’s ticket products (which will be available starting in December), a comprehensive how-to guide for the online and in-person experiences, and an explanation of the event’s latest health and safety measures.

For those attending the festival closer to home as part of the “Satellite Screens” scheme, today’s announcement also shares the seven independent arthouse cinemas across the United States that have been selected to showcase a specially-curated selection of festival films and connect with local audiences during the event’s closing weekend, January 28 – January 30.

The selected Satellite Screen theaters are: