After Boris Johnson, 48, was hit with over 50 resignations from members of the Tory Party he’ll be stepping down from his role as leader.

Discussing who could take over on This Morning, journalist Simon McCoy, 60, expressed former Secretary of State for Defence Penny Mordaunt could be in with a chance.

During Thursday’s instalment of the show, guest Gyles Brandreth, 74, revealed there were eight possible candidates that could be the next Prime Minister.

Speaking to hosts Phillip Schofield and Holly Willoughby, he said: “There are a lot of conservatives that I have met, who very much like the look of Ben Wallace.”

He is currently the country’s Secretary of State for Defence.

Gyles added: “They’re saying somebody with a military background, which he has, will show themselves competent.” 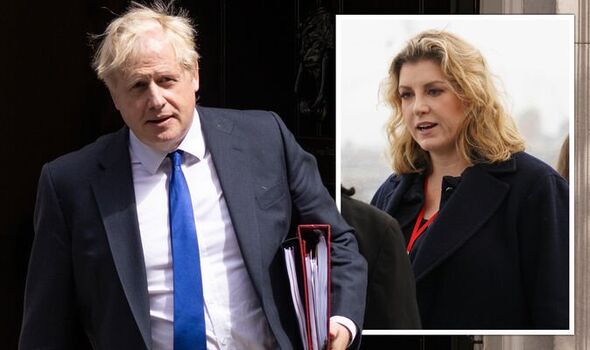 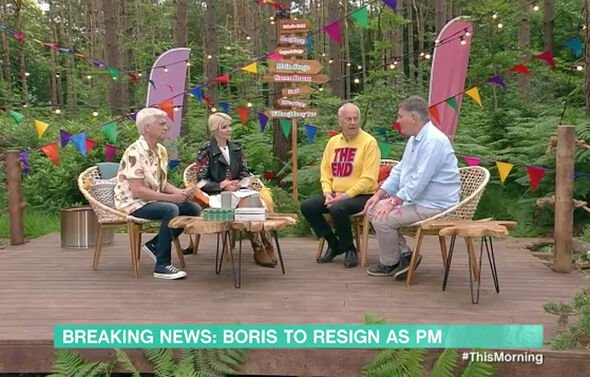 He continued by saying Wallace seems to have experience in leadership which means he could be the right person to turn to.

He argued she’s “sufficiently distanced from the Boris mess”.

“People might say “that will be fresh and a different approach,” Simon added. 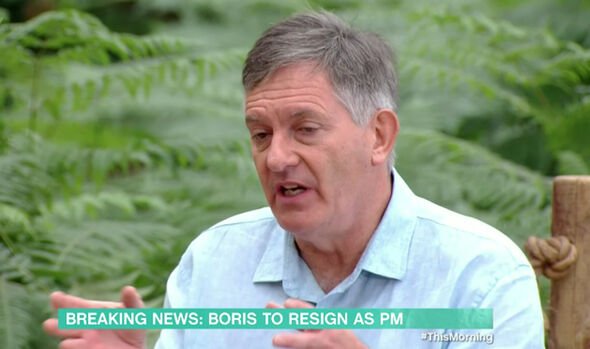 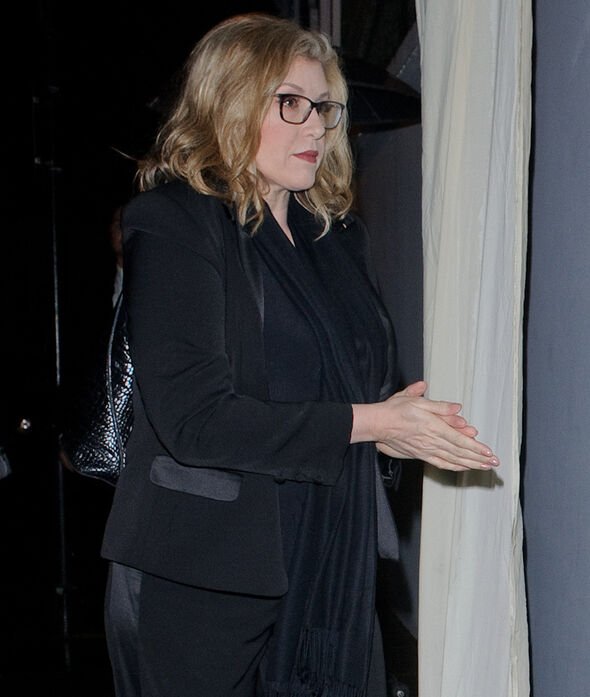 Presenter Phillip Schofield highlighted many members of the public would have never heard of these potential candidates unless they follow politics.

Simon asked: “But wouldn’t that be quite refreshing?”

According to bookmaker Coral, Penny is currently 9-2 favourite to replace Boris and become the 78th Prime Minister of the country.

Coral’s spokesperson John Hill said: “She is ahead of the likes of Rishi Sunak, Ben Wallace and Liz Truss, prominent members of Johnson’s Cabinet.

“One thing our betting does indicate is that there is not an obvious leader to replace Johnson.

“We think there will be a long list of runners and riders, and it could take some time for that process to be whittled down to two candidates.”

Sunak and Wallace both have odds of 6/1 that they’ll replace Johnson while Liz Truss is close behind at 7/1.

Others rumoured to replace the PM include Sajig Javid, who resigned on Tuesday, and Nadhim Zahawi, who begged Johnson to resign on Thursday morning.

Although there are many names being thrown around as to who could be the new Tory party leader, Matt Hancock revealed he won’t be going forward with the potential role.

The former Health Secretary appeared on Good Morning Britain on Thursday morning outside of Westminster as he called for Boris to resign.

When asked if he’d take the position himself, he said: “No, I’m not going to be standing but I do care very much about what the next Prime Minister stands for.

This Morning airs weekdays on ITV at 10am