'Succession' Season 3 Trailer: The Roy Family is Back for a Good Old Fashioned Civil War 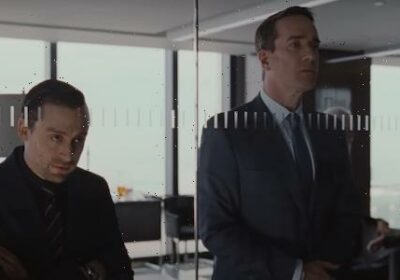 At long last, the Roy drama has returned — and it’s messier than ever.

HBO took pity on us and finally released our first glimpse of Succession season 3. From the looks of it, the Roys are even more bloodthirsty than the last time we saw them, once again attacking each other from any possible angle. After all, no one can hurt you like family can!

Check out the season 3 teaser trailer below.

At the end of season 2, Kendall’s (Jeremy Strong) betrayal was the talk of the town. He served on his father and the audience by standing before a room of reporters and exposing his father’s illegal activities to the entire world. When the show cut back to see the rest of the family crowded around the patriarch, it seemed like the line had already been drawn in the sand. But things are more complicated than they once appeared.

Based on this teaser, Kendall’s betrayal may have ignited an all-out civil war — with more than two sides. While Kendall and his father Logan (Brian Cox) are taking shots at each other (some more laughable than others), Shiv (Sarah Snook) is considering big moves of her own.

Shiv has always been just as shady as the rest of her family, if smarter than her brothers and more calculated about her actions. Her allegiance has wavered in the past, but often falls on whoever offers her a better deal. And Logan, as sharp as ever, tends to stop her doubt in its tracks. In this teaser, he glowers at her, asking “Are you part of this family or not?” But with family on either side of the battle, he may be asking the wrong questions.

On the other end of things, Kendall asks his siblings, “Do you want to be on the side of good or evil?” Which, if we’re all being honest, isn’t the best wording given everything he’s done in his life. Unless you consider the lesser of two evils to be automatically “good.”

And of course, while the siblings hash out whether or not they want to stab their father in the back and how best to do it, Tom (Matthew Macfadyen) and Greg (Nicholas Braun) are together in a corner being utterly perfect. Tom flips a table in a rage and yells at Greg (on what we can only hope is a regularly scheduled phone call with his favorite punching bag). But Greg’s the one who turned the tables when he backed Kendall and provided him the proof needed for his betrayal. So what will become of the much-beloved bromance between the two?

The official logline of the season promises pure chaos, as far as the eye can see:

Ambushed by his rebellious son Kendall at the end of Season 2, Logan Roy begins Season 3 in a perilous position, scrambling to secure familial, political, and financial alliances. Tensions rise as a bitter corporate battle threatens to turn into a family civil war.

By all accounts, season 3 of Succession is shaping up to be an insanely fun power struggle — leaving us to wonder who to root for. Or better yet, how best to enjoy watching the Roy family crumble.

No release date has been set, but HBO teases a fall premiere.