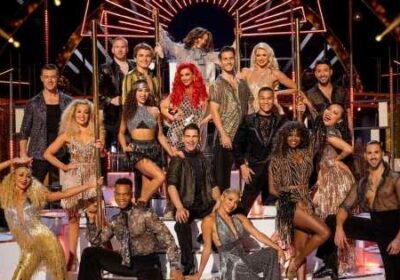 The three Strictly Come Dancing professionals facing criticism for not being vaccinated have said that they would rather quit the show than get the jab, according to reports.

Despite mounting pressure to get the jab, the trio are maintaining their stance on the vaccine – and are reportedly willing to leave the hit series if they have to.

A source explained: “The three dancers have made their positions crystal clear — they’d rather quit than have the jab. There is mounting pressure upon them to be vaccinated but they are refusing to budge.

“Ultimately being vaccinated was not a requirement for the dancers on this year’s show.

Getexclusive celebrity stories and fabulous photoshoots straight to your inbox with OK!'s daily newsletter . You can sign up at the top of the page.

“While other television companies have made this policy, it is not at the BBC," they told The Sun.

“Obviously no one could have foreseen the upset it has caused.

“No one can make the dancers have the jab but some people have asked them to reconsider for the sake of the show.”

The ongoing backstage vaccine debate has reportedly led to “vocal protests” from celebrity contestants, who did not want to be paired with the unvaccinated professionals.

Former professional dancers James Jordan and Kristina Rihanoff were also seen clashing on Good Morning Britain on Tuesday as they debated the issue.

James said that the move was “really selfish” of the dancers and supported the celebrities rights to refuse a dancing partner that hasn’t been vaccinated, adding: “There's loads of professional dancers that would love to do Strictly, get them on there."

Kristina defended the dancer’s choice to remain unvaccinated, saying she would have no problem dancing with an unvaccinated celebrity herself.

Blaming the issue on the BBC themselves, she added: "You don't hire someone, drag them from another country to the UK, give them the contract but then ask if they are double vaccinated and if you are not you are not allowed on the show.

"The BBC should have done their job prior to the actual shoot when hiring those dancers."

The pair’s discussion became a heated debate as both began to talk over each other, with host Susanna Reid joking: "When I asked if it was causing any tension… err…"

Following the reports of Strictly pros not being vaccinated, a BBC spokesperson said: "We do not comment on speculation of somebody’s Covid vaccination status. Strictly Come Dancing production has, and will, continue to follow strict government guidelines to ensure the safety of all on the show."

For the latest Strictly news, sign up to OK!'s daily celebrity newsletter.