Home » TV & Movies » Strictly’s Joe Sugg has got MORE unpopular appearing on the show but Stacey Dooley has gained 55,000 followers

Strictly’s Joe Sugg has got MORE unpopular appearing on the show but Stacey Dooley has gained 55,000 followers The pair are the hot favourites to go head-to-head for the Glitter Ball Trophy this weekend, though Joe's online following has taken a hit. 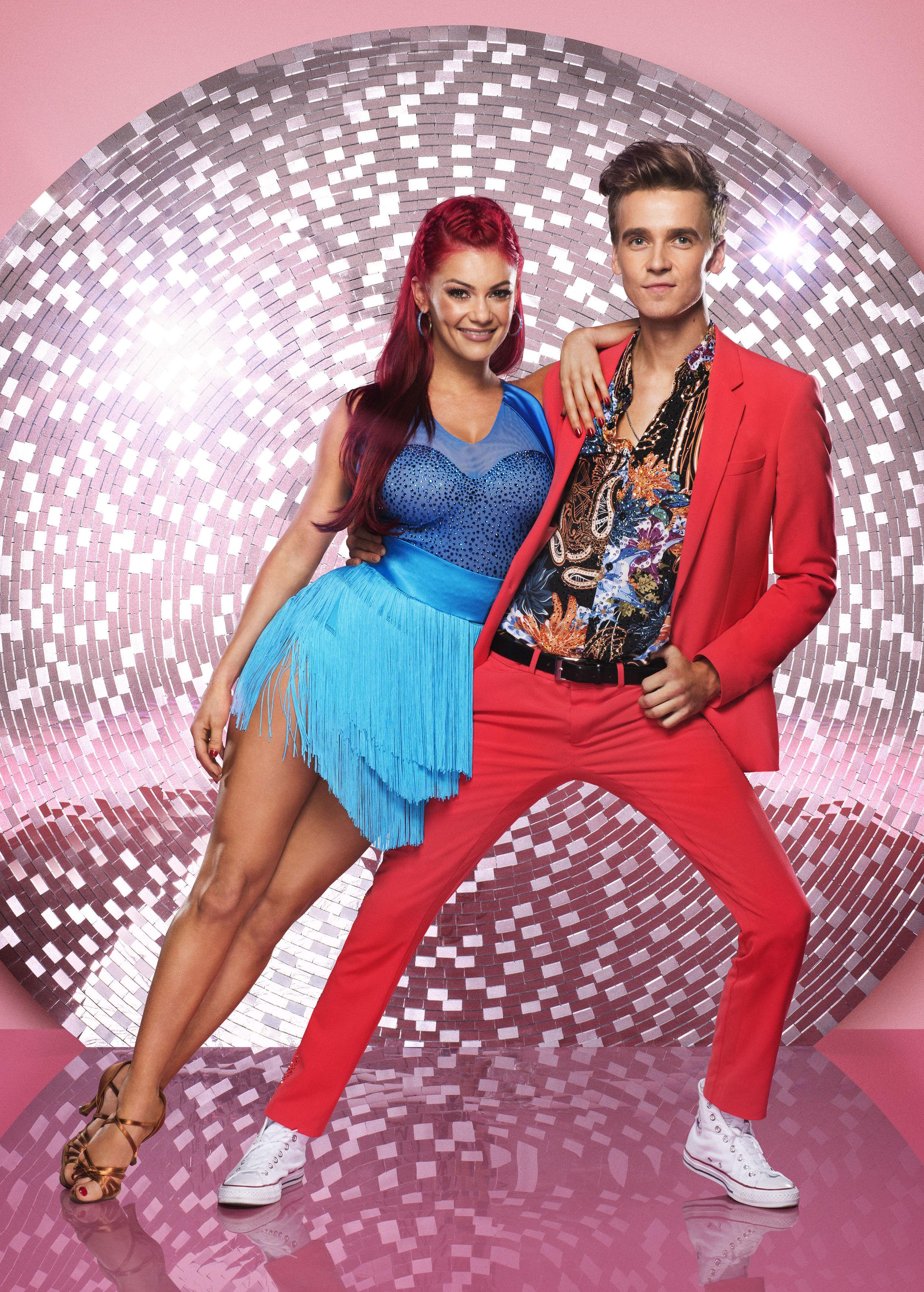 According to Socialbakers, Stacey has seen her popularity on social media soar with an extra 55,375.

Though that won't make a dent in his follower count as the vlogger, 27, still boasts 5.49 million Twitter fans, while Stacey has just 207,000.

Despite being the villain of the series following his kiss with married dance partner Katya Jones, Seann Walsh earned the second highest number of new followers with an extra 19,208. 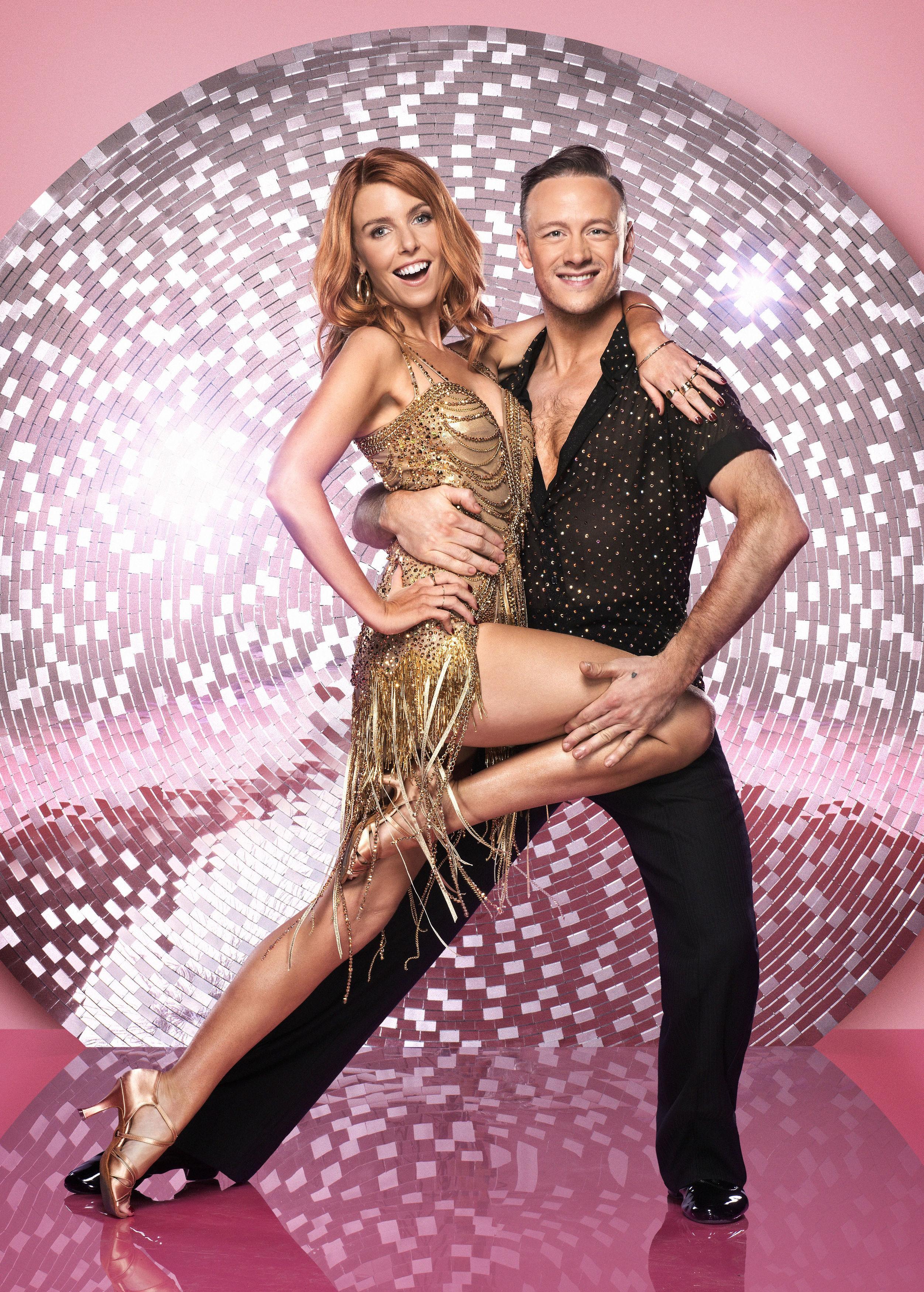 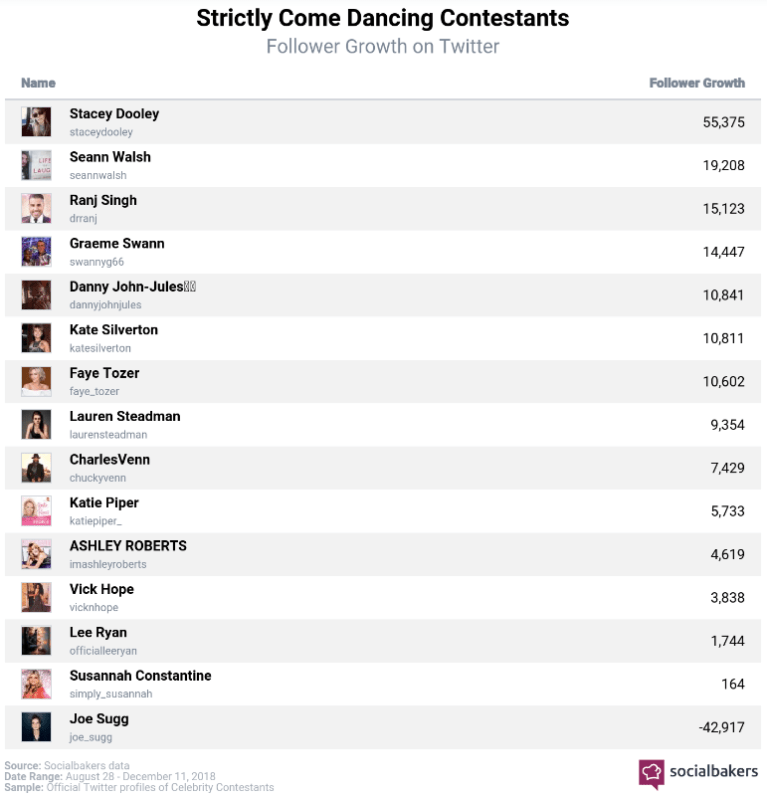 This Morning's Dr Ranj Singh also reached a podium position with 15,123 to add to his previous number of 68,177.

Social media stats from throughout the series also show that Joe is miles ahead when it comes to interaction with fans.

He has had almost 1.4 million interactions since August, with Stacey coming in second with over 300,000.

Pussycat Doll Ashley has boosted her profile mentions by a whopping 166% in the last two weeks and her interactions by 110%. 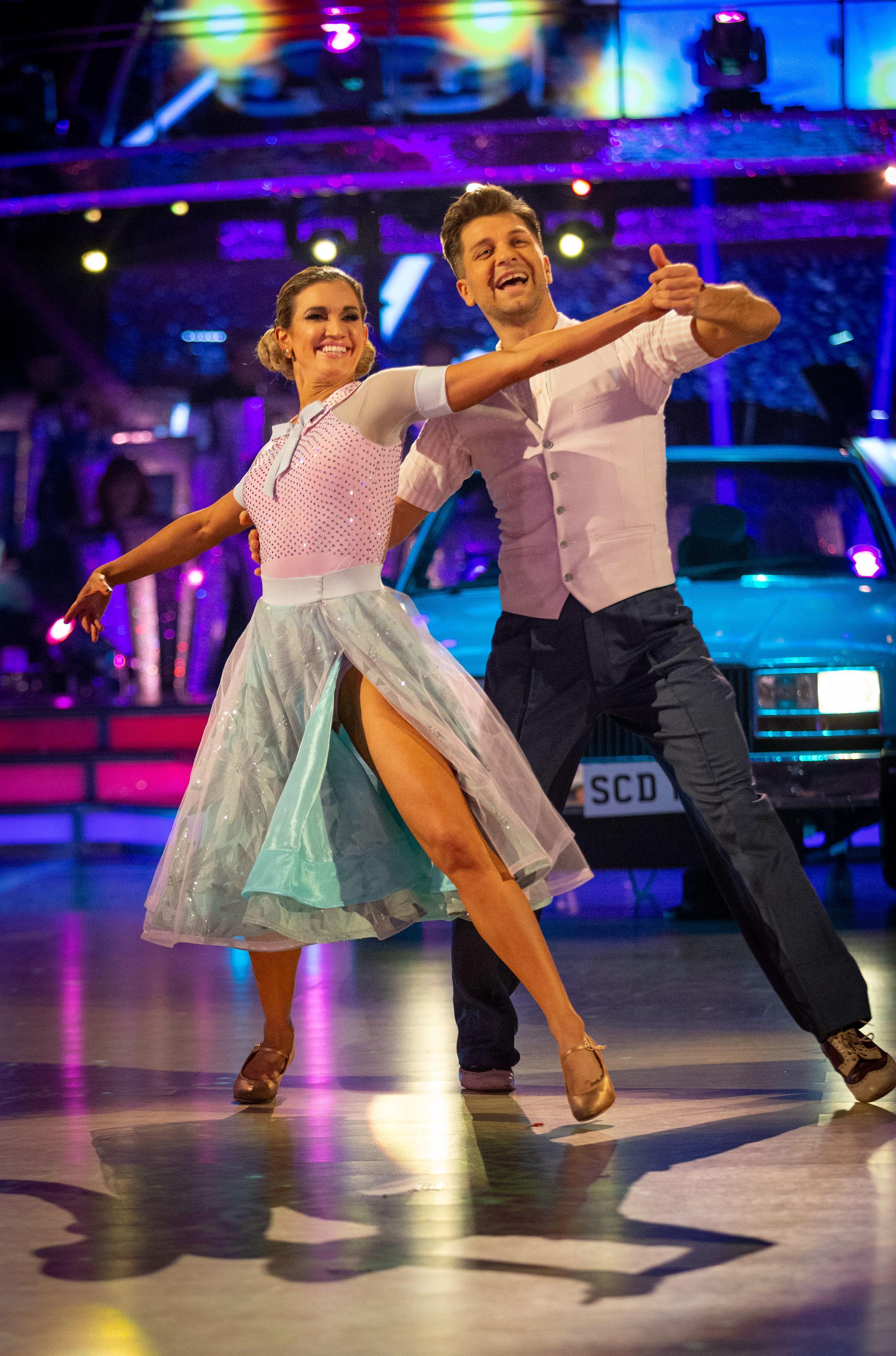 But despite reaching out to her fan base significantly more than rival Faye Tozer, the Steps star's followers have grown five times more than Ashley's.

Stacey is currently the favourite to win after Bookmaker Coral cut her odds on to 1-2 (from 4-7).