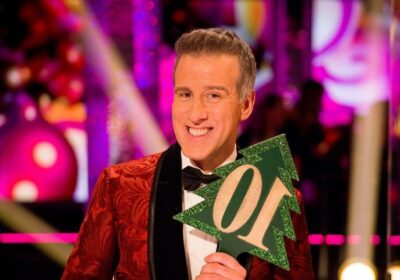 Anton Du Beke has revealed he 'hasn't been told' whether he will return to the Strictly Come Dancing judging panel later this year.

The 55-year-old stood in for Bruno Tonioli, 66, on the BBC show last year after COVID restrictions meant he couldn't travel back to the UK.

Strictly's professional line-up was confirmed late last month and with Anton not amongst the dancing stars, it could only be assumed that his seat would be on the judging panel, however, the dad-of-two has revealed that this is yet to be confirmed.

"But we'll wait and see. I'd like to think I'd be on the show in one way or another."

Anton went on to say that he would like to think they wouldn't just "get rid of [him] all together" and insisted it would be "a bit dramatic" to go from dancer to judge to completely off the show.

He revealed: "The truth is I haven't been told."

Anton starred as a professional on the popular dancing talent competition from when the show started in 2004 to 2021, but has never lifted the Glitterball Trophy.

Over the years, he was partnered with Judy Murray, Ruth Langsford, Anne Widdecombe and finished in second place when he was danced with EastEnders actress Emma Barton.

The fan-favourite stepped down as a professional dancer in 2021 and replaced Bruno Tonioli as one of the judges.

Despite his new position as a judge, he revealed that he would happily return as a dancer.

He said: "Yes. I love the show. I've been doing it since the beginning and I'm very proud of that. I do it because I love it."

While everyone hopes that Anton will return, the BBC show has recently said goodbye to two Strictly favourites in Aljaz Skorjanec and Oti Mabuse.

Aljaz announced the news in March that he would no longer be competing in the show, while two time Strictly champion Oti revealed in February that she was leaving after seven years.