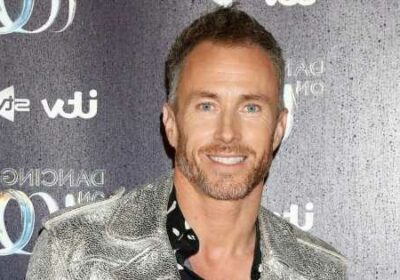 Ellie, who is a former Paralympian swimmer, 27, is taking part in this year's series of Strictly with professional dancer Nikita Kuzmin, 24.

Taking to Twitter to express his analysis of Ellie's performance, James wrote: “Ellie! I b****y loved it! Well done Nikita – a full on routine – great timing and fun. She needs to try and consciously straighten her legs as much as possible.

“Loved the tricks BUT she needs to believe in herself now. Apart from that it was great and she’s an inspiration #5."

Although James gave positive feedback also, many fans were quick to point out that Ellie couldn't "straighten her legs" due to dwarfism.

One fan wrote: "Unfortunately she won't be able to straighten her legs anymore than she already has, it is part of dwarfism.”

A second said: "People with dwarfism generally have bow legs.”

Another added: “She won’t be able to straighten them any more than she is, due to her dwarfism, as it tends to cause bowing of the legs.

“When I say ‘it’ I mean whichever form of dwarfism she has, there are a couple of hundred conditions that fall under the dwarfism umbrella. The majority cause bowing of the legs.”

James, who appeared on the Strictly Come Dancing series as a pro dancer from 2006 to 2013, has been using social media to give his feedback on Strictly contestants after their performances.

The 44 year old, who is married to fellow dancer Ola Jordan, is known for being outspoken about his opinions.

Last year, he spoke out against the professional dancers on Strictly who refused to get Covid-19 vaccinations.

He told Good Morning Britain: “I normally would protect the professional dancers until the cows come home, but on this occasion, I can’t, unfortunately.

“So yeah, I definitely believe they don’t deserve their right on the show, and the celebrities have the right to refuse to dance with them.

“If the celebrities don’t want to dance with the professionals that haven’t been double vaccinated, that makes their job obsolete."

He added: “There’s loads of professional dancers that would love to do Strictly, get them on there."