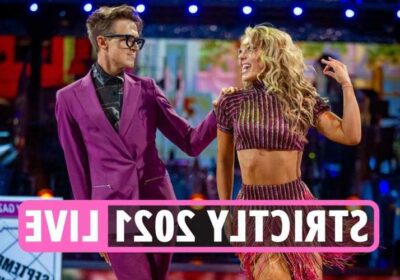 RYLAN Clark-Neal has confirmed Tom Fletcher & Amy Dowden will return to the live show on October 9 after completing quarantine.

The McFly star and his dance partner will miss Saturday's show due to testign positive for Covid-19 – but will head to the floor the week after providing they test negative.

Rylan Clark-Neal made the announcement at the beginning of Monday's It Takes Two show – the first in this year's series.

The 36-year-old McFly star and his professional dance partner confirmed yesterday they had both tested positive for coronavirus.

But Strictly viewers have accused the series of double standards – recalling how the show's first ever same-sex couple were disqualified last year when they tested positive for coronavirus.

Nicola Adams and her professional dance partner Katya Jones were forced out of the competition following their tests.