'Stranger Things 4' Gets Slapped with a TV-MA Rating 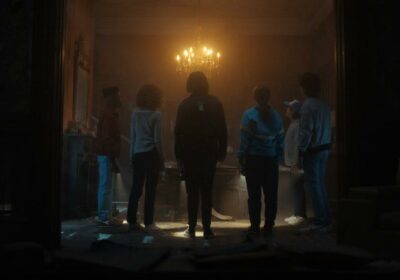 Stranger Things 4 premieres in just a few weeks, but younger fans of the show might be in for some bad news. Netflix slapped their original series with a TV-MA rating, bumping it up from a TV-14. Cast and crew for the upcoming season have promised “scarier” and “more intense” storylines, and it looks like they’re living up to their word.

‘Stranger Things’ Season 1 held back on most of the scares

When Stranger Things premiered on Netflix in July 2016, the marketing for the series was scarce. Not many viewers knew exactly what they were getting into. Set in the 1980s, the show gives audiences a strong dose of nostalgia coupled with monsters and kids. Featuring some of the most prominent young stars today, it makes sense why it attracts a younger crowd.

Stranger Things Season 1 included some decent scares, but the middle school crowd was more than likely able to handle them. The Demogorgon frightened most viewers when he tried to push through Joyce Byers’ wall, and everyone held their breath as Nancy, Jonathan, and Steve faced off against the monster. However, showrunners kept the gore and adult language to a minimum.

As the seasons of Stranger Things progress, the content becomes more mature. Season 2 featured a particularly dark theme when the Mind Flayer possesses Will (Noah Schnapp). The scenes included particularly frightening imagery that’s suited for older kids. However, it looks like Stranger Things 4 follows through with its promise of a scarier season.

Netflix recently updated the rating for Stranger Things 4 from TV-14 to TV-MA. The rating system from Netflix describes TV-MA as “For Mature Audiences. May not be suitable for ages 17 and under.”

The rating system also details the reasoning behind the rating. Stranger Things 4 lists violence and smoking as why the rating got bumped up from TV-14.

Wolfhard, who plays Mike Wheeler in Stranger Things 4,  believes the upcoming season will frighten audiences more than in previous years. He spoke about the plot in an interview on The Matt Wilkinson Show.

“We say it every year like, ‘This season’s scarier. This season’s scarier.’ This season is like truly messed up, and it’s going to freak people out a lot.” The teen actor, who is also the lead singer of the band The Aubreys, continued, “You know the Duffer Brothers are doing things that people haven’t seen before in the show, which is really refreshing because if the show has been going on for as long as it has, you want people to still care.”

Even if the prominent reason behind the TV-MA rating relates to violence and smoking, the full-length trailer for Stranger Things 4 highlights the newest villain, Vecna. The creature looks similar to the White Walkers from Game of Thrones, and it most likely isn’t something that younger viewers can handle.

On top of that, one of the episodes titled “The Massacre at Hawkins Lab” is sure to feature an abundance of blood and gore. Plus, Hawkins National Laboratory primarily houses children, and seeing children die on screen isn’t something most parents are ok with letting their kids see.

Thankfully, we’re only a few weeks away from the premiere date for Stranger Things 4, and fans will finally be able to see how everything unfolds.