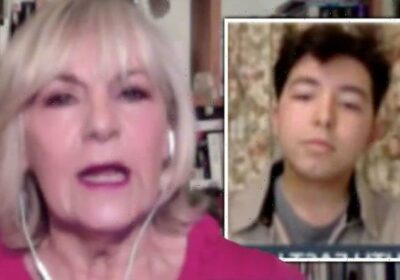 Kate Garraway and Adil Ray were joined by Nina Myskow and Ryan-Mark Parsons on Friday’s Good Morning Britain as the guests debated whether they agreed with Sir Vince Cable’s comments on elderly people returning to work if they’re fit to do so. The broadcaster furiously hit back at the 21-year-old and urged him to “take responsibility” instead of looking to the over-65s to help the economy.

Nina argued that those who had reached retirement age had “earned the right” to do as they please.

The former Apprentice star argued over-65s could take up careers later in life as “delivery drivers”.

Ryan branded the elderly “lazy” but the broadcaster ordered him to “stop whining about the elderly”.